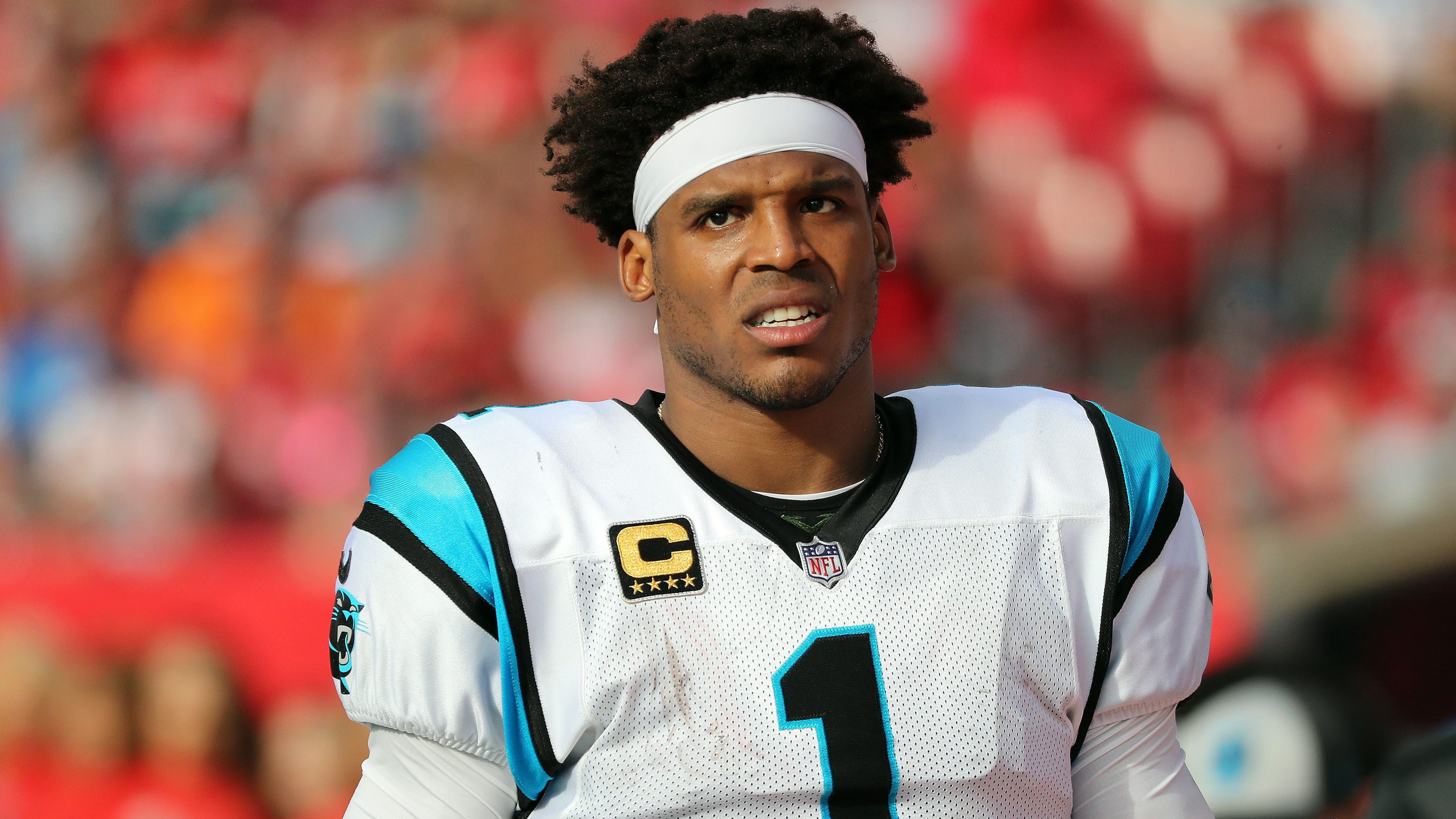 Admittedly, neither Bill Belichick nor Cam Newton could have asked for a much better shotgun marriage given how drastically each man’s NFL circumstances have shifted in 2020.

Belichick – in all likelihood – needed an infusion of superstar playmaking ability into a New England Patriots offense that was uncharacteristically average even with since-departed Tom Brady at the helm in 2019.

And Newton? He simply needed a job after the Carolina Panthers did him no favors upon ending his nine-year stay in Charlotte, cutting him loose in March a week after free agency began and releasing the 2015 MVP into an unforgiving quarterback job market further crippled by the billowing COVID-19 pandemic.

But while I may have to rethink my 8-8 projection for the 2020 Patriots – a healthy and integrated Newton certainly seems more capable than unproven Jarrett Stidham of guiding New England to an unprecedented 12th consecutive AFC East crown – restoring the perennially contending Pats into the Super Bowl conversation after Newton and the team agreed to terms Sunday still feels wildly premature.

And while I’m sure my “friends” from Bangor to Hartford (and far beyond) are grasping anew for hope in this summer of their discontent following TB12’s shocking defection to the Buccaneers, here are nine reasons why the Patriots won’t be facing Brady – or anyone else – when Super Bowl LV (hopefully) kicks off in Tampa next February.

The league’s Super Bowl-era dynasties don’t sustain themselves once the quarterback leaves.

The Packers waited 29 years for their next title after Bart Starr was named MVP of the first two AFL-NFL title tilts, retroactively named Super Bowls I and II. Steelers fans suffered for 26 years between Terry Bradshaw’s final ring-winning performance and Ben Roethlisberger’s first. The Cowboys are a quarter-century removed from their most recent Super Bowl berth with Troy Aikman and his fellow “Triplets.”

Yes, the 49ers won a fifth championship with Steve Young. But that was five years after Joe Montana’s final Super Bowl appearance, not to mention Young’s eighth year on the roster.

To expect Newton to parachute in and lead the Patriots to a record seventh Super Bowl title (in just 20 seasons) simply isn’t realistic.

OPINION: Cam Newton-New England Patriots union could be a match made in heaven

In the past three years, Newton has had two surgeries on his throwing shoulder before a Lisfranc fracture cost him the final 14 games of the 2019 campaign. It’s understandable that Belichick may be enamored of the possibilities of a dual-threat QB. But one with recent woes to wheel and wing and a 6-5, 245-pound frame that’s endured more than its fair share of punishment?

The injuries certainly contributed to Newton’s recent on-field performance, but the sharp decline of his numbers are worrisome nonetheless. Going back to a 52-21 loss in Pittsburgh on November 8, 2018, Newton has been on the losing end of eight consecutive starts. During that stretch, he passed for nine touchdowns and 10 interceptions with a passer rating of 81.4 – though he didn’t exceed 72.1 in his five most recent appearances. His 4.36 yards per rush are nearly a yard shy of his career average.

(In fairness, it must be noted Newton was still playing at an MVP-caliber level in the first half of the 2018 season and might have produced a career year had his shoulder not given out.)

New England’s last 423 games – a streak that dates to Drew Bledsoe’s rookie season in 1993 – have been started by a homegrown quarterback, easily the longest run of the Super Bowl era, according to ESPN.

Newton’s physical skills exceed those of Brady, and he’s certainly a better player than the likes of Bledsoe, Matt Cassel, Jimmy Garoppolo and Jacoby Brissett. But with the exception of Bledsoe, all of those guys were acquired by Belichick and steeped in his system, not brought in as potential saviors from the outside.

And then there’s the question of how effectively Newton can subsume his ego amid a culture where the collective famously trumps the individual.

Darrelle Revis, Stephon Gilmore, Corey Dillon and Randy Moss (for a time) are among those who successfully assimilated in Foxborough. But other previously established stars – Chad Ochocinco, Reggie Wayne, Adalius Thomas, Michael Bennett – failed to fit in, some bridling against the culture.

The Panthers largely revolved around Newton for most of his tenure, enabling his peccadilloes at times. It remains to be seen how well a 31-year-old who enjoys the limelight and social media – descriptors that could also fit Brady – melds cold turkey while also faced with the learning curve that exists whenever one joins a new team.

(And again, in fairness to Newton, it must be noted that fellow stars in Carolina – Luke Kuechly and Christian McCaffrey among them – have publicly spoken highly of him.)

Presumably, the Patriots aren’t bringing Newton aboard to run the offense Brady operated so successfully for two decades – and that’s fine, given you wouldn’t want to hitch an attack largely based on precision timing to a guy with a 59.6% career completion rate.

And yet Brady’s last dance in New England was undermined by the lack of his weapons at disposal – an arsenal that remains largely unchanged unless you’re expecting breakouts from rookie tight ends Devin Asiasi and Dalton Keene.

Sorry, Cam, but no McCaffrey, Greg Olsen or even a DJ Moore to be found here. And given your lack of chemistry with guys like Julian Edelman and James White –neither likely to arouse much fear without Brady – expect to see a lot of man coverage with spies crowding the box to ensure you don’t stray far from the pocket.

And with Sony Michel coming off another surgery and devastating blocking fullback James Develin retired, don’t assume the Pats can pick up and run the ball down opponents throats as they did on the way to their Super Bowl LIII victory a year ago.

With two playoff trips in three seasons under coach Sean McDermott and GM Brandon Beane, the Bills appear to be the logical challenger to the divisional throne New England has owned almost without exception since 2001.

But if Buffalo’s highly underrated defense and ascendant offense aren’t enough to convince you the Bills are on the cusp of a breakthrough, then consider that McDermott and Beane spent a combined 15 seasons in Carolina prior to their upstate New York relocation and might have a few cheat codes up their sleeves – not to mention several former Panthers defenders – when it comes to stopping Newton.

Regardless, good chance Buffalo pushes Pats onto wild-card path that has only led them to dead ends.

It’s easy to cite New England’s D – it allowed the fewest yards and points in the league a year ago – as a reason why Newton doesn’t have to reprise his Superman persona for this team to succeed in 2020.

But don’t forget that Duron Harmon, Jamie Collins – both joined the Detroit Lions in the offseason – and Kyle Van Noy, now a Miami Dolphin, are all gone. They combined for nearly 2,300 regular-season snaps last year for a unit now woefully thin at linebacker outside of Dont’a Hightower. Elandon Roberts and Danny Shelton, other steady contributors, also left.

None of this is to suggest that Belichick won’t be able to cobble together a solid defense, just don’t expect it to approach last year’s stinginess – which kept the offense in so many contests.

Only now does Newton join a team that Zoomed through the offseason under the assumption Stidham or Brian Hoyer – neither player remotely resembles his new teammate – would be taking the snaps in 2020.

Even if we’re to believe Newton is as healthy as he’d have you believe given the workouts he’s constantly unveiling on Instagram, the ongoing coronavirus scourge doesn’t guarantee he’ll even get a full training camp to become familiarized with his coaches, teammates, playbook or even living conditions in any kind of manner conducive to a smooth transition.

Players like Edelman and White had years to refine their roles while acclimating to Brady. And this offensive line has never had to account for the possibility that the guy under center might just take off after his first read. To think this attack won’t be blowing gaskets for weeks and likely months while a new engine is installed is probably folly.

After starting last season 8-0 despite their offensive limitations, the Patriots were smacked in the face by stark reality in Week 9 when the Ravens throttled them 37-20 in Baltimore. Five weeks later, the Kansas City Chiefs, en route to the Super Bowl LIV title, prevailed at Gillette Stadium 23-16 on a night when Patrick Mahomes and a high-octane offense were only moderately effective.

Maybe Belichick saw the future in the form of soon-to-be-minted dual-threat MVP Lamar Jackson, a younger and more dynamic version of Newton. Maybe Belichick and offensive coordinator Josh McDaniels will be energized by a philosophical overhaul to the offense, complete with wrinkles perhaps only a staff this good could potentially devise. And maybe they think it’s time to go in a different direction rather than try to engage in a playoff track meet with Mahomes and Andy Reid.

Regardless, even if the Newton-led Patriots are better positioned to compete with the Bills, Colts, Texans and Titans – Tennessee unceremoniously brought the Brady era to an end in a wild-card upset at Foxborough – New England doesn’t have the quarterback or roster at this stage that would allow Belichick and Co. to overcome Baltimore or Kansas City for a 10th Super Bowl berth of this Patriots century.