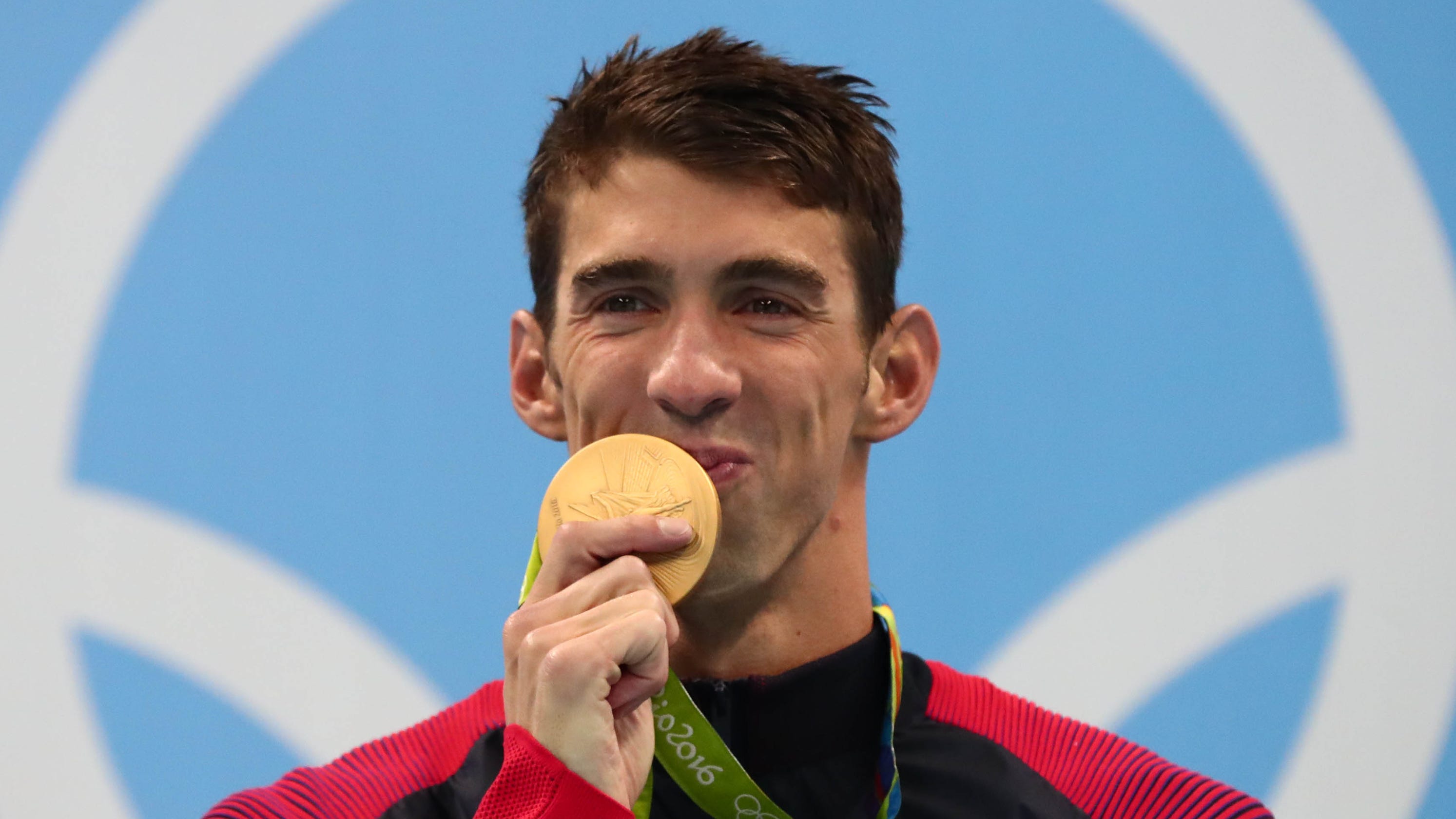 By almost any measure, the Maryland native is the greatest Olympian in history, piling up a Summer Games medal count that is truly unbelievable when you list it all out: 23 gold medals, three silver and two bronze.

His 28 total medals at the Summer Olympics are 10 clear of the next closest individual, former Soviet Union gymnast Larisa Latynina. His 23 golds are 14 more than the nine collected by Latynina, Paavo Nurmi and fellow American Olympic legends Carl Lewis and Mark Spitz.

Phelps appeared in five Olympics, making his Summer Games’ debut in 2000 in Sydney when he was just 15 years old. By 2004, he was a major player on the Olympic stage, taking home six gold medals in Athens as well as two bronze.

But it’s his 2008 Games that cemented him as an all-time legend. In those Beijing Games, he broke Spitz’s decades-old record by bringing home eight gold medals (thanks, Jason Lezak!).

He took home four more gold medals and two silver at the 2012 London Games before announcing his retirement. Phelps would return to swimming, however, though a 2014 arrest for DUI resulted in a six-month suspension by USA Swimming. (Phelps was previously suspended for a photo of him with a bong that had emerged in 2009.)

Phelps said ahead of the 2016 Olympics in Rio de Janeiro that he had “sent myself down a downward spiral,” in the lead-up to his arrest, subsequently checking into rehab for 45 days. He also said that unlike the 2012 Olympics, his desire to train had returned.

In those 2016 Games, a then-31-year-old Phelps captured six more medals — five of them gold — before calling it a career for good.

These days, Phelps – now married with three children – keeps a relatively low profile, mostly posting about his family life to his 3.3 million Instagram followers. But his exploits in the pool will live forever.

Will we ever see an American athlete hit such gaudy medal totals again? Time will only tell.

Tuesday is also Mike Tyson’s 54th birthday. To mark the occasion, check out this compilation of some of the former (and maybe future?) heavyweight’s best knockouts, which made “Iron Mike” one of the most feared boxers of all time: