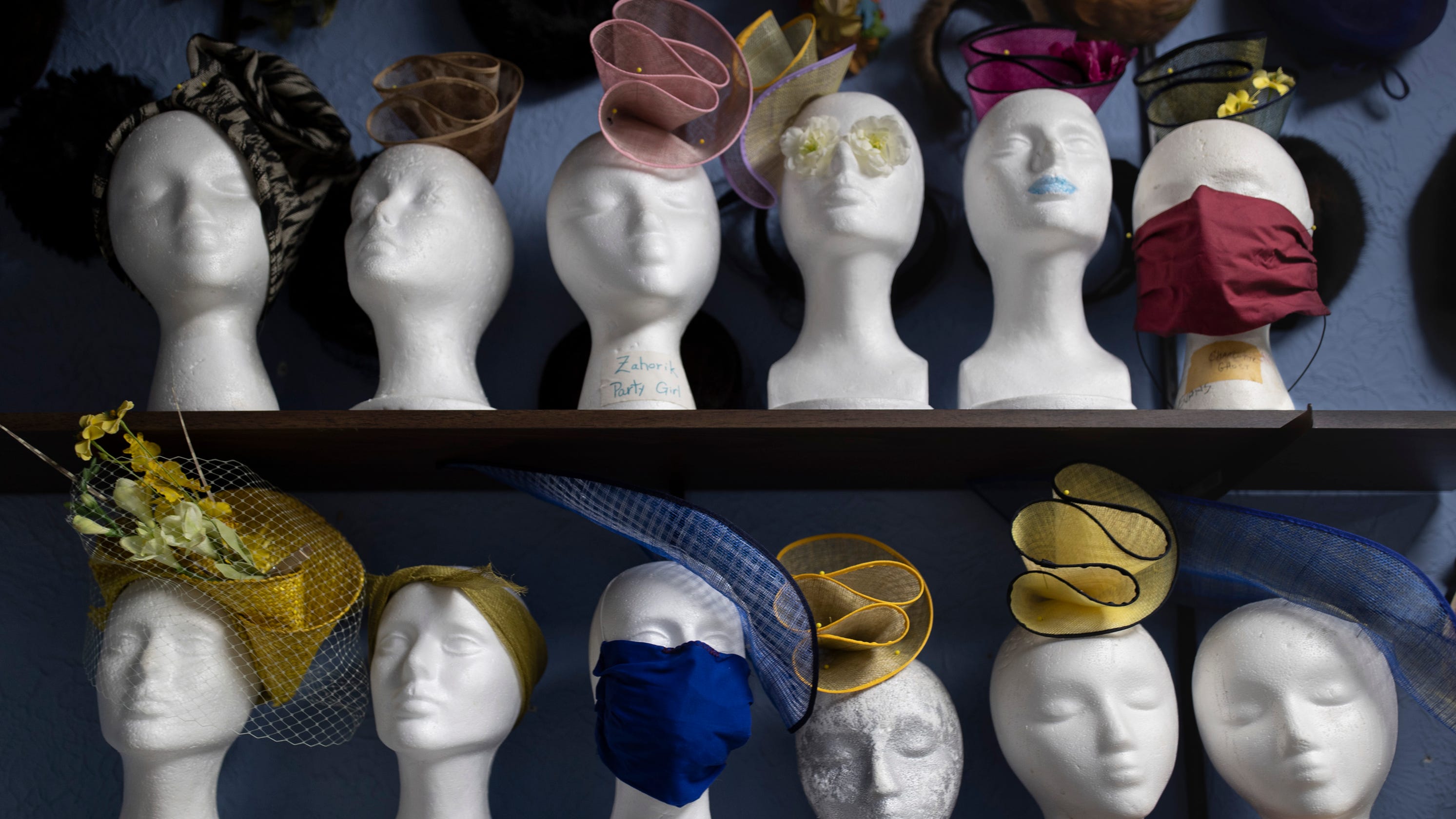 Is plan for fans going too far?


I want to be happy that the Kentucky Derby will be run with fans in attendance this year. I really do.

And I hate the fact that it always falls on me to be the realist. The one who says, “Whoa. Hold on a minute there, pardner.”

But someone has to do it. So, here goes.

Are we moving a little too fast here?

In the two weeks after the Derby is run on Sept. 5, are you and I going to be required to quarantine for two weeks if we go to New York because we’re the latest hot spot in the United States, where the coronavirus is running rampant and our need for intensive care beds is outstripping our ability to provide them?

Are we going to be seeing ourselves on the national news with some somber-looking talking head intoning, “And in Louisville, Kentucky, they are seeing a massive spike in coronavirus cases that is taxing their health care system and has medical health professionals calling for another shutdown of the economy in an effort to get the disease under control”?

Thousands of fans, no masks required

Look at what is going on around the country right now as cities and states have struggled to reopen their businesses without putting people at risk.

In Arizona, on Tuesday, the state reported a record number of new cases and deaths as the virus stretched the state’s ability to care for those infected with it. The state reported that 84% of its intensive care beds were in use and 83 percent of its in-patient hospital beds full.

The Derby announcement comes as the White House has said that it is ending funding for 13 drive-up coronavirus testing sites around the country despite the spike in positive cases. Meanwhile, Texas Gov. Greg Abbott has paused that state’s reopening and has shut down some elective surgeries again in an effort to make more hospital space available for the COVID-19 surge.

It also comes as Kentucky is seeing a mini-surge in cases among people returning from vacation in Myrtle Beach, South Carolina, and Gov. Andy Beshear has warned people about going there.

Now, we’re talking about in just about two months days inviting perhaps thousands of out-of-town guests — some of them coming from coronavirus hot spots — to Kentucky, where we recommend they wear masks but don’t require it.

We’ve been told that Churchill Downs will limit the number of fans, employees and media at the Derby and allow general admission ticket holders only in the wide-open infield and not in the tightly packed paddock area.

That’s all good. Seeing what we’ve seen across the country as states have reopened and people have begun to let their masks and their guard down, it doesn’t sound promising.

We’re yet to see a detailed Derby plan, but it appears people will be allowed to sit in their boxes and their seats without masks. But they clearly won’t be social distancing from the people who are walking the aisle directly in front of them.

And Lord only knows how far unmasked box-dwellers will be spewing their coronavirus-laced droplets as they stand and cheer as one of their exacta box combinations comes roaring down the homestretch.

Don’t do what we did: Wisconsin’s economy is reopening and it’s a hot coronavirus mess

It’s no fun being the pessimist — especially in pessimistic times — but the states that have moved faster on reopening their economies than Kentucky aren’t looking like they’re led by the smartest bulbs as the number of cases mounts and the deaths rise.

Beshear has withstood the slings and arrows from the right so far as he has moved slower than many states in reopening the economy. In doing so, he has kept the number of deaths here on the low side — we’re ranked 33rd in deaths per 1 million residents.

That isn’t an accident.

Let’s hope bringing in thousands of visitors and cramming them into our hotels and restaurants and Churchill Downs doesn’t bring us in line with our neighbors to the north.

But right now, I wouldn’t bet on it.

Joseph Gerth is a columnist at the Louisville Courier-Journal, where this piece first appeared. Follow him on Twitter: @Joe_Gerth