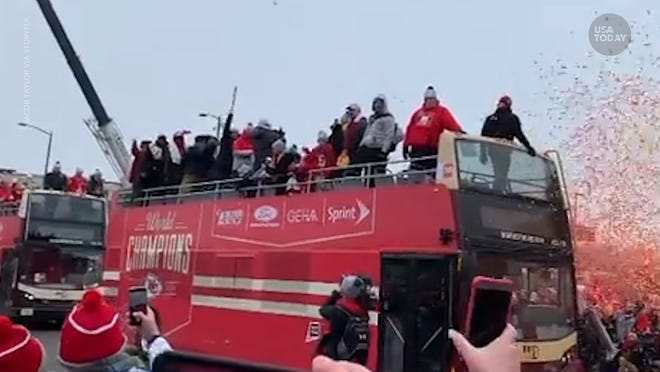 Chiefs’ Damien Williams may get Super Bowl jersey back after trading


In the case of Super Bowl jersey swaps, givebacks, apparently, are acceptable.

“Contemplated putting this on eBay but this belongs to YOU and yours!” Mostert posted on his verified Twitter account. “You did your thing. Hand this down for generations! PROUD OF YOU BRO! Much love.”

Williams and Mostert played together on the Miami Dolphins and the two became close, despite Mostert only being in Miami for one regular season game in 2015.

“We built a friendship,” Williams said of Mostert on the Jimmy Kimmel Show Monday. “He came to Miami with us. He was only there for a short time. But we spent each and every day, especially being in the same position, we hung out all the time. That was somebody close to me. And in that moment, you would want somebody there for you and close to you.

“All the celebrating and all that going on. I seen him running off. I told him before the game, ‘I don’t care what happens, I want to speak to you after the game’ and I made sure I did that.”

Kimmel asked whether Williams realized the jersey he gave Mostert was probably worth a lot more because the Chiefs won.

Williams ran the ball 17 times for 104 yards with one touchdown and added four catches for 29 yards and another score and was a key player in helping erase a 10-point San Francisco lead late in the fourth quarter.

Mostert ran the ball 12 times for 58 yards and one touchdown.