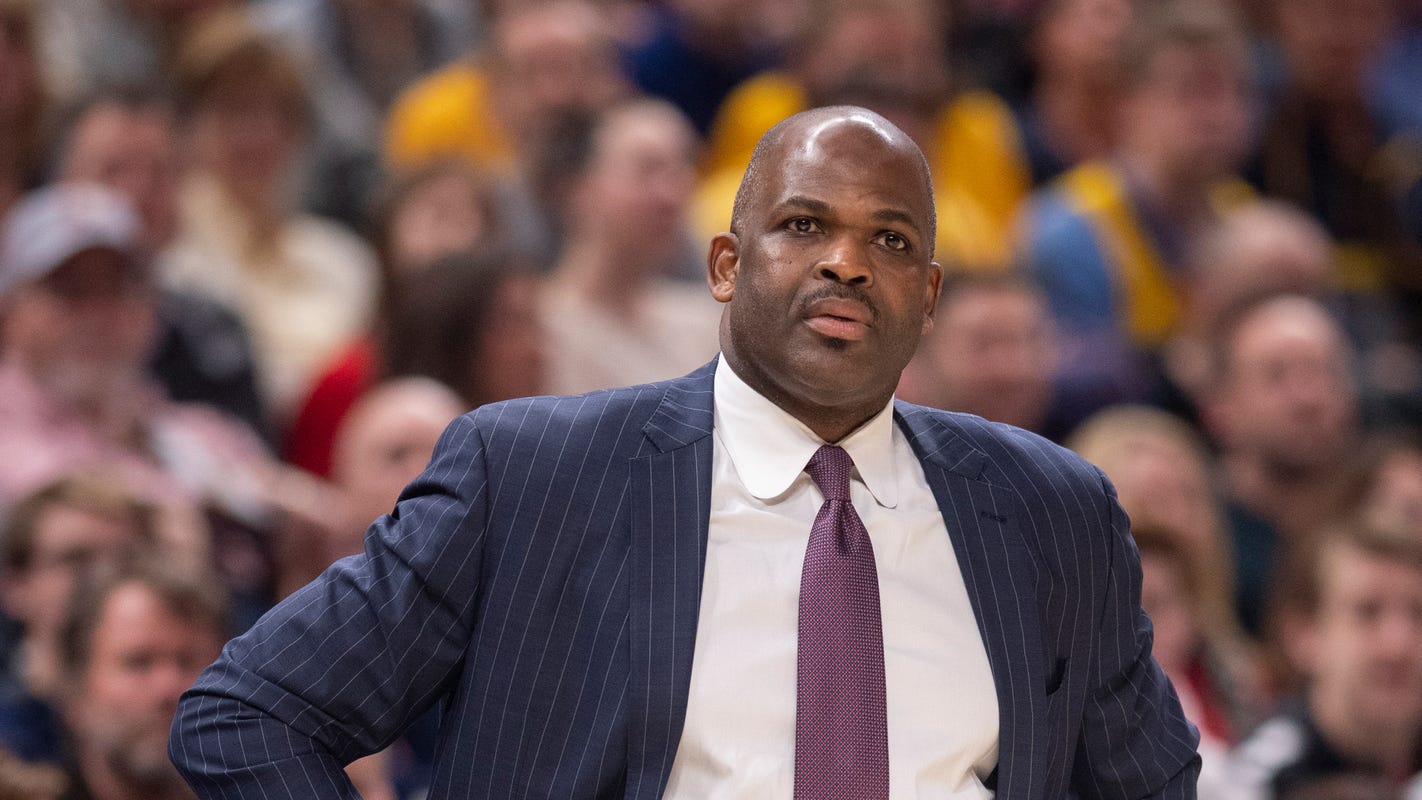 The reality is, not everyone is going to be on board with the sudden social justice shift in priorities from the Indiana Pacers.

“You’re not going to reach everybody, but you have to do what’s right,” he told IndyStar earlier this month, before the NBA made its restart for July 30 official. “That’s more important than anything else.”

It echoes the sentiments of team president Kevin Pritchard, who has spoken forcefully about the death of George Floyd, police brutality and racial injustice which led to nationwide protests and unrest.

Being on the right side of history matters more than trying to please everyone all of the time.

With the league ramping up its plans to restart in Orlando — players can recuse themselves from the “bubble” without disciplinary penalty through Wednesday — there’s a lot on everyone’s plate.

McMillan hasn’t seen his team together since March. He has watched Malcolm Brogdon lead demonstrations in his hometown of Atlanta and command the big screen on national TV to talk about social justice. Myles Turner has gotten involved.

The backdrop of an NBA season will be secondary to some. Who knows what the basketball will look like after such a long layoff. Who knows how the 22 teams’ rosters will shape up. Who knows who’ll be healthy amid a pandemic.

The Pacers won’t be able to practice until the second week of July, after they quarantine from travelling to the single site at Disney’s Wide World of Sports.

Getting to the finish line to crown a champion would be an accomplishment for the league. It announced Friday that there were 16 positives among 302 players who went through the first wave of tests Tuesday, including Brogdon.

Will that championship come with an asterisk? Will it matter? Does the messaging on social justice from the likes of McMillan take precedent above the results of games?

Whatever the case, there’s a renewed sense of unity that’s emerging from within the Pacers.

McMillan was a sounding board for Pritchard, advising him on speaking up and getting out of his comfort zone.

There’s not just a trickle-down effect, but a boom of social consciousness that had long been dormant.

“I could see it in (Pritchard). He was really hurting about what had happened to George Floyd,” McMillan said. “It’s not that I felt he needed to apologize for what some other people are doing. I told him, ‘I don’t believe you have a racist bone in your body. I’ve been working with you for 11 years. Be honest. Say what’s on your mind. Say what’s in your heart.’ He did. He was really hurt by the pain that the Black community and his players and his coach and a lot of his close friends were experiencing.”

He anticipates his team will have more frank conversations around race and the world. It’s not just about Black and white.

Rookie Goga Bitadze, for instance, grew up in a war-torn Georgia; hearing bombs go off as he walked down the street as a child.

McMillan wants his players to be able to understand how that shaped him and to be curious and genuinely care about each other’s experiences.

He wants them to learn about things that traditionally aren’t talked about in their schools, such as the massacre of Black Wall Street that was burned down in 1921 in Tulsa, Oklahoma; or the 1898 Wilmington, N.C, Race Riot led by white supremacists who overthrew a democratically elected, racially diverse local government and burned Black-owned establishments.

“We’re going to do more of that,” McMillan said. “It’s on us to make the effort to be more vested in one another.”

On a Friday conference call to discuss the league’s restart with players’ union representatives and commissioner Adam Silver among others, Andre Igoudala emphasized the off-the-court importance to returning to play basketball.

“We have an opportunity to be a beacon of light,” Igoudala, a forward with the Miami Heat, said. “Social injustices, we’re going to shed light on that.”

McMillan didn’t dodge the politics when he talked about it. He points to no one other than President Donald Trump for creating this culture of divisiveness, anger and distrust. And he finds the “Make America Great Again” slogan — after this country’s first Black president, Barack Obama — insulting.

“To me, it was a trigger word. Make America great … again? What part are you talking about trying to bring America back to? When was it great? The again part was pretty much what he has done, which is pit white against Black,” McMillan said. “He has fueled this thing, the way he has led. Why not just make America great? It’s never been great for us. I want to know what period of time he’s talking about.”

McMillan sees the counter-arguments to come. He lives a in an affluent , predominantly white neighborhood. He’s a recognizable face, played in the NBA and at N.C. State which was a high-profile ACC program at the time.

His son Jamelle, an assistant coach for the New Orleans Pelicans, played at Arizona State.

McMillan sat down his then-teenage son — a well-known high school basketball player in Washington state — to talk about driving a nice car when he received his license. His complexion increased the likelihood of being pulled over by police. The margin for error isn’t the same.

McMillan acknowledges they’ve been treated special in their own way too, because athletes and coaches typically are elevated to a status others who look like them don’t receive.

“I told him that his sister (Brittany) didn’t get the same privileges,” McMillan said. “We’ve got to realize that and be honest with ourselves and each other. It shouldn’t be that way. That’s what we’ve got to fix as a country.”

Pacers coach Nate McMillan walks in a “Monumental March” and voter registration rally in downtown Indianapolis on June 14. The event was organized by Black Women in Charge and Amp Harris. (Photo: Jenna Watson/IndyStar)

What he’s seeing emerge, with all of the video evidence of police brutality, cover-ups and acts of overt and systemic racism, is something that’s ultimately better.

Not just within the Pacers and the NBA. In America.

“As black people, we’ve always referred to ‘the system.’ The system is keeping us down. We really never explained what this system was but we knew there was a system in place that would prevent us from getting a fair shake,” McMillan said. “People are fed up with what is going on. We’re trying to create a new America. What we’ve been experiencing on both sides, both white and Black, is old America. We want a new America.”

That’s a system that would’ve treated the crack cocaine epidemic ravaging the Black community in inner cities as seriously and as it has the opioids epidemic in rural America or that would be as outraged at violence against Black girls as it is for white victims.

This is the moment, as McMillan sees it, to start over and get it right this time.