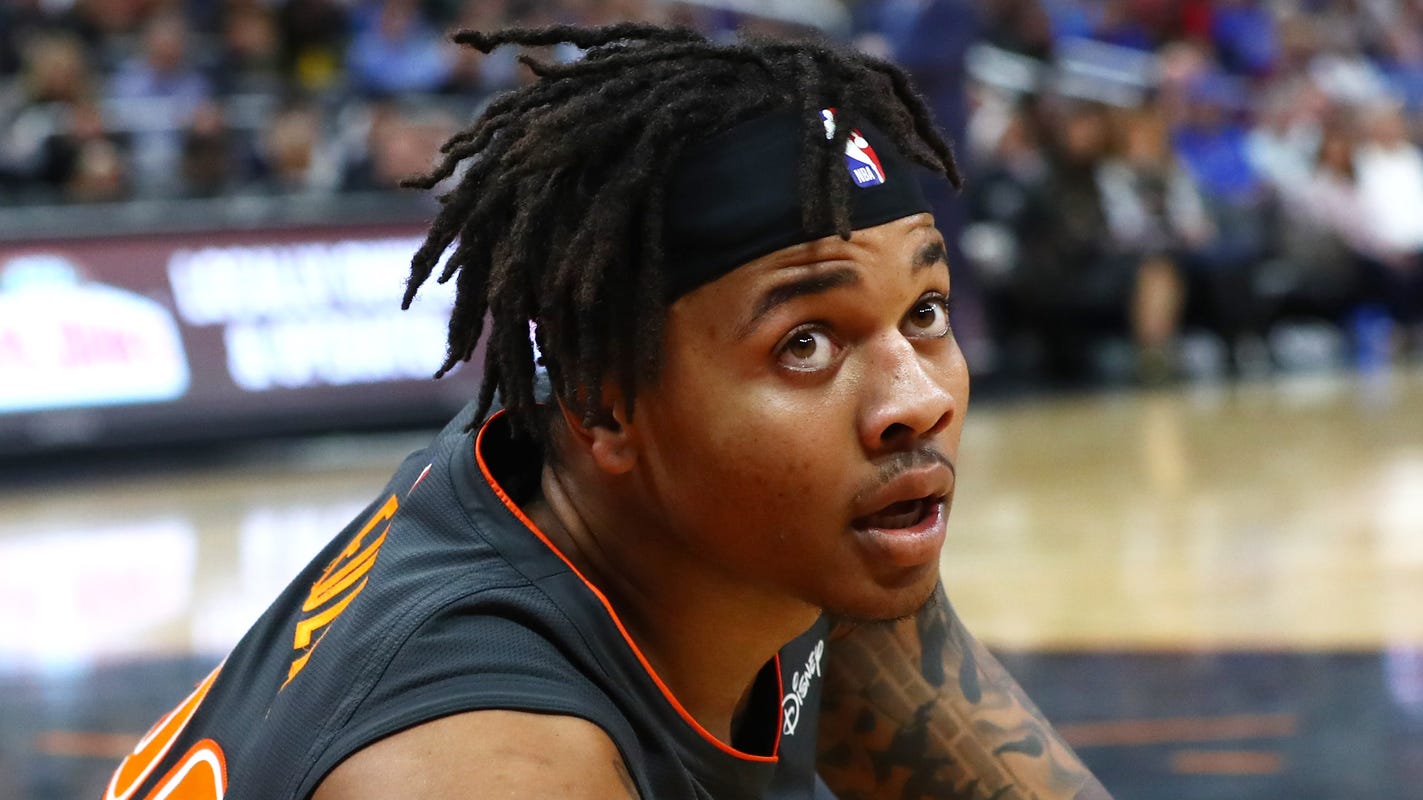 As he stayed quarantined for nearly 3½ months, Orlando Magic point guard Markelle Fultz dealt with concerns ranging from knowing how to stay ready for a resumed season to how to speak out on social justice issues. He also stressed about how to properly consume “The Last Dance” documentary about Michael Jordan and the 1990s’ Chicago Bulls dynasty.

“I couldn’t deal with watching two and then having to wait until the next two came out,” Fultz said Monday on a conference call. “I watched it a little bit later than most people. It was kind of affecting me. I would go on Twitter and people are talking about it, and it’s like, ‘Damn I need to watch it.’ ”

Still, Fultz remained disciplined. For five weeks, he refused to read and watch the takeaways from each episode after its airing. Instead, he waited until the entire 10-part series aired so he could binge watch the documentary. Fultz figured he could then fully appreciate Jordan’s legacy and how he helped the Bulls win six NBA championships with essentially two different iterations of the team (1991-1993, 1996-98).

“It’s something great to keep our mind on basketball during this quarantine,” Fultz said. “What I took from it was the mental toughness. He had just the drive and the competitive nature he had just to be great. It was something I took from, and will bring to my every-day life. It’s not just in basketball. But it’s just me being a better person every day.”

‘The Last Dance’: What we learned about Michael Jordan and the Chicago Bulls from documentary

Fultz partly credited that series for ensuring he worked on bettering himself once the NBA halted the season on March 11 because of the novel coronavirus outbreak.

Three days into quarantine, Fultz purchased a basketball court and hoop through Walmart’s website. He collected the purchase via curbside pickup to maximize social distancing rules, then assembled the parts himself to ensure he could shoot a basketball anytime he wanted. The unfortunate reality: not every NBA player had such a luxury.

Fultz did, though. So he trained daily, sometimes up to three hours a day on his shooting, ball-handling and conditioning. He worked out in a weight room he had in his garage. He routinely checked in with teammates and coaches with Zoom calls.

“I was in a crazy rhythm at the end of the season. My biggest thing was I didn’t want to lose that rhythm,” Fultz said. “I know how it can get when you don’t pick up a ball for a while. You start to think about other things and you get sidetracked.”

More: How Disney employees will work inside the NBA’s campus bubble site

Will that be enough for Fultz to maintain his strong play that partly explains why the Magic (30-35) have a 5½ game lead over the Washington Wizards (24-40) for the eighth and final playoff spot? Perhaps easier said than done.

Fultz, who is averaging 12.1 points and 5.2 assists this season, did not have access to the Magic’s practice facility, so he could not treat his various shoulder and knee ailments that had bothered him in recent seasons. Even though Fultz already plays in Orlando, where the NBA will host its resumed season, the Magic do not have any geographical advantage.

“At first, I thought we were going to be able to stay at home so I was a little excited. But then I realized we were going to have stay in the bubble, too,” Fultz said. “I understand the reasons why. It’s something I’m consciously thinking about. But I think about other teams that have to fly in their state and where they are playing at to come to Orlando. It is something that none of us have been used to or ready for. I’ve been thinking about it like it’ll be an AAU tournament.”

It won’t exactly be like an AAU tournament. The season will start with 22 out of 30 teams playing eight regular-season games. Then a traditional playoff format will begin. They will be subject to daily testing and social distancing rules.

The Magic is also one of many NBA teams brainstorming how to speak out on racial inequality after the shooting deaths of George Floyd, Breonna Taylor, Rayshard Brooks and Elijah McClain at the hands of law enforcement.

“There are a lot of people just in general that don’t believe in what’s going on in the world,” Fultz said. “I think that we have to use our platform to stand up for that. I see that we have a chance.”

Fultz said the Magic has not finalized any team plans, but the team has talked about possibly filming a PSA to address various racial injustice issues.

How Fultz will handle all the elements of a resumed season remain to be seen. But he remains grateful that watching “The Last Dance” in its entirety crystallized plans on how he will try to address various challenges.

“I had to jot down some notes. I knew I wouldn’t remember everything,” Fultz said. “I have some notes I jotted down that I’m looking back on as I go through this journey.”