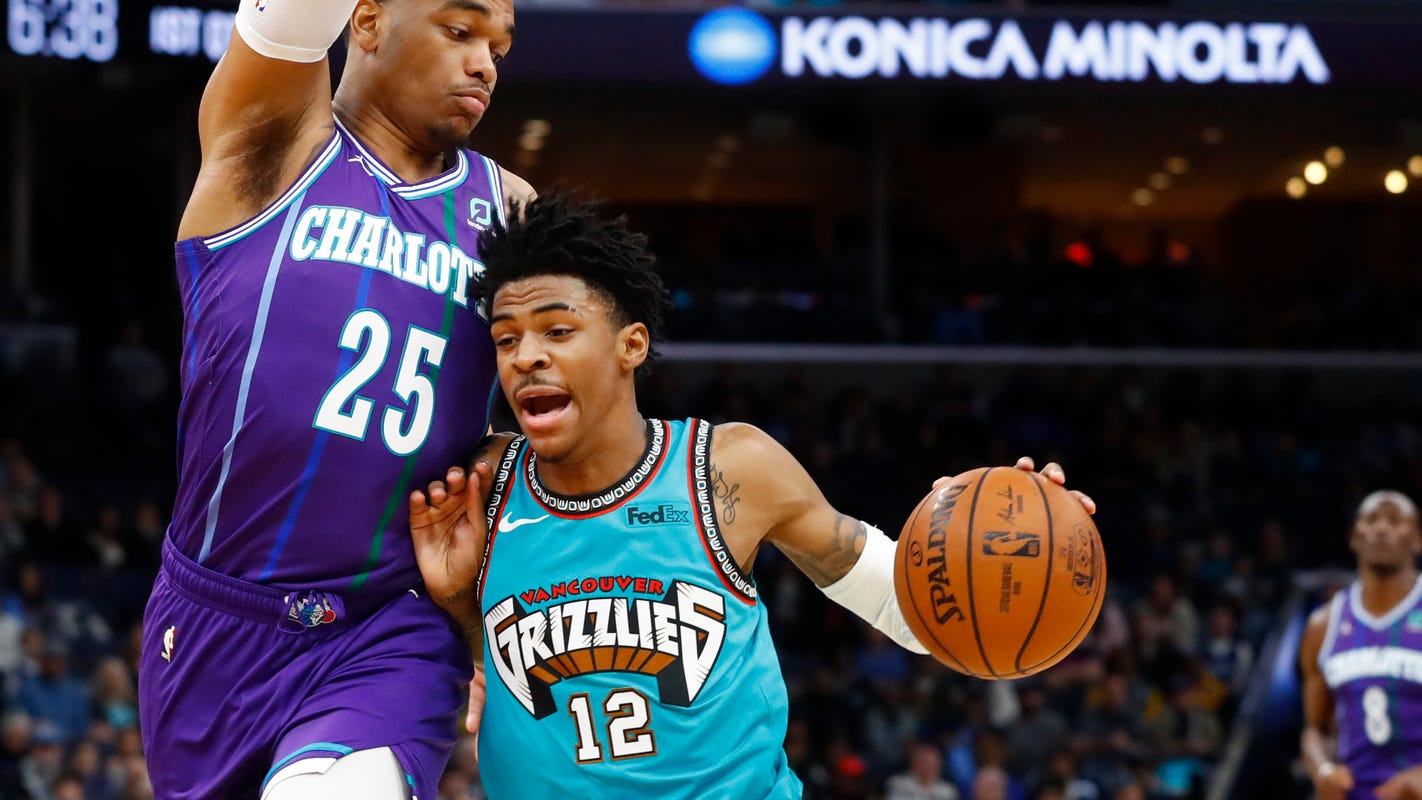 
Ja Morant isn’t afraid to speak his mind, but in one Instagram post Sunday, the Grizzlies guard perhaps went too far.

On Sunday, Morant shared an image in his story feed with his name replaced by a four-letter expletive above his number 12. Morant added a laughing emoji before saying “nah fr (for real) tho” followed by the “100” symbol and an annoyed face.

The expression “(expletive 12)” is an anti-police slogan used on social media and at protests over the past month following the May 25 death of George Floyd in Minneapolis. Floyd, a handcuffed Black man, died after a white police officer pressed a knee into his neck for nearly nine minutes as he pleaded for air.

In a since-deleted tweet, he added “want dat on my jersey fr”. Just before 11 p.m., he issued his apology on Twitter while also addressing deaths of unarmed Black citizens in shootings by police officers.

“I want to first apologize for reposting something that didn’t clearly and accurately convey what I wanted to share,” Morant posted Sunday night. “My post was intended to focus on bad cops who get away with the murder of unarmed Black men and women and those who continue to harass peaceful BLACK LIVES MATTER protestors (sic).”

Morant’s post came a day after multiple reports stated that the NBA, National Basketball Players Association and Nike were working on a deal to allow players to replace their names on the back of their jerseys with statements promoting a cause.

As the NBA prepares to return July 30 in Orlando, Morant has grown more outspoken on current issues. Earlier this month, he sent a letter to a Kentucky judge calling for the removal of a Confederate memorial in Murray, where he became an All-American at Murray State.

In his apology Sunday, he stated there were good police officers, including those in his family. He mentioned the police officers at Murray State and those who work with the Grizzlies but asked for more good cops to step up when they see abuse of power.

He also said he’d continue speaking up on issues, including the fact no one has been arrested for the March 13 death of Breonna Taylor, an unarmed Black woman in Louisville who was shot after police officers executed a no-knock warrant at her apartment.

“There have been too many Black lives taken by police that could have been prevented,” he continued. “You may see me as just a basketball player and I may lose fans for taking a stand but I won’t stay silent.

“BLACK LIVES MATTER!! Where’s the justice for Breonna Taylor?? And the other countless innocent Black lives that have been taken at the hands of dirty cops with no convictions.”