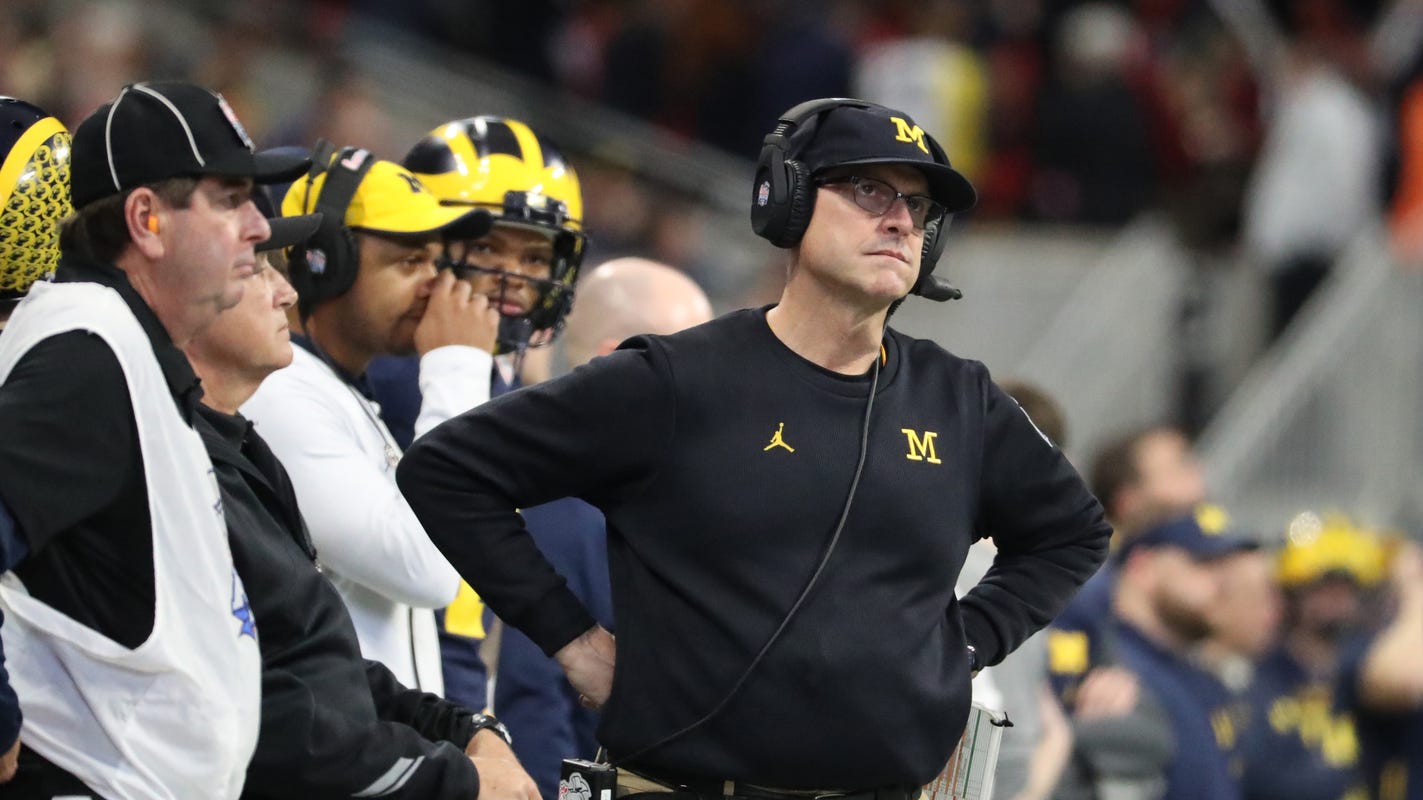 In his quest to make Michigan football into a national title contender, Jim Harbaugh became an aggressive and innovative recruiter.

So, at the outset of his tenure in Ann Arbor, he immediately set out and toured the country while holding satellite camps that promoted his program — rankling rivals and spurring NCAA rule changes that would eventually restrict the practice.

He then staged the “Signing of the Stars,” an event heralding the incoming class of prospects that featured celebrity appearances by the likes of Tom Brady and Derek Jeter.

He made headlines when he participated in a sleepover, staying the night at the home of a hot-shot kicker to try to woo him to Ann Arbor, which he did. In the last calendar year, he has promoted himself a crusader for student-athletes’ rights, backing one proposal that would allow them to transfer one time without penalty and formulating another that would give football players the freedom to enter the NFL draft at any point during their college careers.

Since spending a full year on the job, the five signing classes he’s compiled have produced an average ranking between 11 and 12, according to the 247Sports’ composite index.

Yet for all that Harbaugh has done to improve the quality of Michigan’s roster, he has been unable to elevate his alma mater into the sport’s upper tier. Under Harbaugh’s leadership, the Wolverines are 2-12 against AP top-10 teams.

And since the start of Harbaugh’s second season at Michigan, the Wolverines have rarely exceeded their potential. The Free Press compared U-M’s ranking in the 247Sports’ team talent composite heading into each of the last four seasons against its final position at the end of those years in the Massey Composite — an index that averages the rankings of more than 100 computer-generated ratings systems and human polls.

Only once — in 2016 — did Michigan’s standing in the Massey aggregate end up better than its placement in the 247Sports.com team talent amalgam.

In two of the following three seasons, it fell below that benchmark.

For those who believed in Harbaugh as a miracle worker, it’s a surprising development.

Before returning to Ann Arbor as coach, Harbaugh had built a reputation as a program renovator who could maximize the abilities of the players he oversaw. At Stanford, where his recruiting classes had an average national ranking of 36, he executed a remarkable turnaround in four years — transforming a 1-11 doormat into a 12-1 power that climbed into the top five of the AP poll.

In San Francisco, he quickly resurrected the 49ers — molding a core group of talented personnel that slogged to a 6-10 record the year before he arrived into the foundation of a Super Bowl contender during his first season on the job.

Even at the dawn of his tenure at Michigan, he took the bulk of a roster assembled by an ousted regime and made the Wolverines nationally relevant with a 10-3 record that augured bigger things to come.

But U-M has struggled to progress much further since, and other coaches in the Big Ten can make stronger claims than Harbaugh that they have taken their teams beyond their potential by finding ways to win more with less.

Look no further than Wisconsin’s Paul Chryst and Penn State’s James Franklin, who lead programs that reside in the same tier as Michigan year after year.

In each of the last four seasons, the Badgers’ final position in the Massey composite has been above its ranking in the 247Sports.com talent index — sometimes by massive margins: 29 spots in 2016, 33 the following year and 22 in 2019.

Penn State, over the course of the same period, has also exceeded expectations based on the evaluation of its roster. In three of the last four seasons, its final Massey ranking has been better than the one attached to its collection of players heading into that given year.

Franklin, in turn, has led the Nittany Lions to a Big Ten title while Chryst’s Badgers have won the conference’s weaker West division three times since 2016.

Have they brought greater value to their programs than Harbaugh has provided to Michigan?

A case can be made supporting such an argument, especially when considering that Harbaugh is paid at premium rate with a salary that will exceed $8 million in 2020.

That sum of money is accompanied by great expectations.

And while Harbaugh has shown he can deliver talent to Ann Arbor on a consistent basis, he now needs to demonstrate he can maximize it — as he once did at Stanford, San Francisco and even in his first year at Michigan when he created visions of grandeur that have yet to be realized.