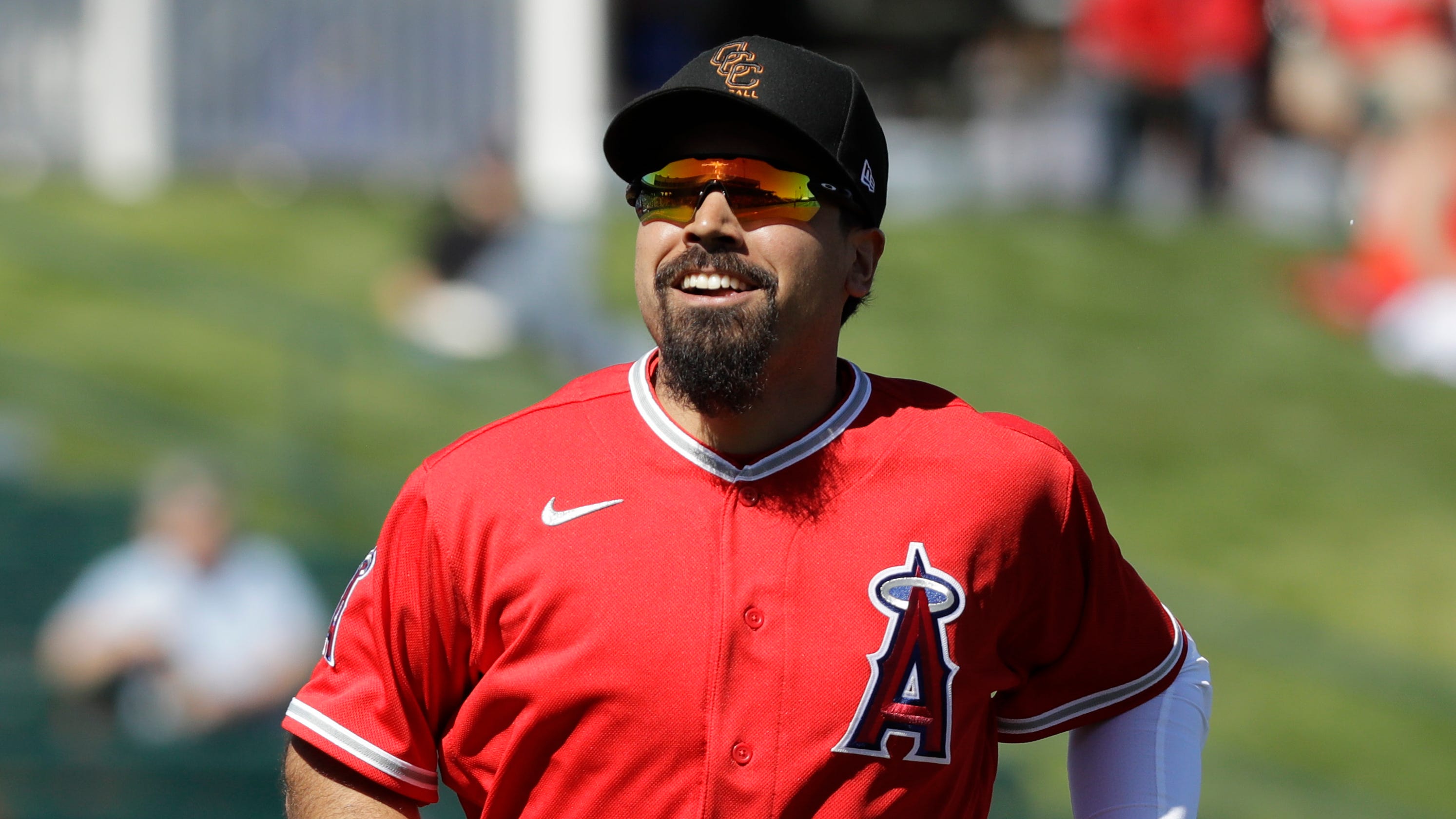 The dust is just starting to settle after a flurry of announcements Sunday by MLB teams regarding who’ll be on the rosters for their rebooted spring training camps. Other teams are waiting until today to release the names on their 60-man player pools.

It’s been more than 15 weeks since spring training was shut down abruptly due to the coronavirus pandemic. So since we’ve *technically* skipped the entire spring without baseball (it was still winter on March 12!), a few teams are already calling this “Summer Camp.”

So what better way to get ready for summer camp than with a few icebreakers so we can get to know everyone a little bit better?

Where are you from?

Although we did get to see players for a couple weeks in March, there are a few important ones who are wearing strange new uniforms this season. Let’s reintroduce you to …

— Ace right-hander Gerrit Cole, who’s now with the New York Yankees (and could be starting the regular-season opener).

— Third baseman Anthony Rendon, the quiet one in the (hot) corner who’s going to be popular at the Los Angeles Angels’ fishing pond this summer thanks to a close relationship with a certain Trout.

Anthony Rendon runs back to the Los Angeles Angels dugout during a spring training game in February. Rendon signed a seven-year, $245 million contract with the Angels this offseason. (Photo: Darron Cummings, AP)

— Pitchers Cole Hamels and Felix Hernandez, who’ll be part of the Atlanta Braves’ extensive lawn-bowling group. Hamels didn’t pitch this spring while recovering from a shoulder injury but should be ready to resume workouts. Hernandez, the longtime Seattle Mariners ace, is preparing for his first taste of the National League.

— Sluggers Mike Moustakas and Nicholas Castellanos, who are sure to cause trouble as new members of the Cincinnati Reds. Riverboat captains beware.

Campers are encouraged to say something nice about themselves. So let’s start with …

— Outfielder Mookie Betts can bring his 2018 AL MVP trophy with him to Los Angeles Dodgers camp. With Betts possibly leading off, the Dodgers are a strong contender to win the season-ending tug-of-war.

— Third baseman Josh Donaldson has one of those MVP trophies, too. From 2015. He’s joining the Minnesota Twins’ Bomba Squad to form what could be the majors’ most dangerous offense. (Pitchers are reminded to take all recommended safety precautions.)

— Yasmani Grandal doesn’t have a big trophy, but he did lead all National League catchers in home runs last season with 25. But he’s playing Red Rover and has come over to the AL’s Chicago White Sox this year.

Summer camp is for all ages, but we want to make a special effort so the youngest members of the group will feel welcome. Let’s say “hello” to …

— Wander Franco, 19. Perhaps the No. 1 overall prospect in the minor leagues, the precocious shortstop is among the Tampa Bay Rays’ camp roster. That doesn’t necessarily mean he’ll make his MLB debut in 2020, but he’ll get to work out with the major-league players and will continue to train at the team’s satellite camp in case he’s needed.

— SS Noelvi Marte, 18, OF Julio Rodriguez, 19, and OF Jarred Kelenic, 20, all made the Seattle Mariners’ initial roster. They’re all part of a bright future for the M’s, but don’t expect to see them on the big stage this year.

— RHP Forrest Whitley, 22. Perhaps the game’s top pitching prospect two years ago, Whitley has been limited to 86 innings since then because of injuries and a suspension. His outstanding five-pitch arsenal could make him an intriguing wild-card in any number of roles for the Houston Astros.

Several more prospects could be added in the next few days as teams fill the remaining vacancies on their rosters.

Remember, teams can have up to 60 players who are eligible to play and train with the team during the season. Most clubs haven’t filled all 60 of their slots just yet because they may need room to sign players cut loose by other teams.

Watch for a flurry of transactions between now and when players are due to report to camps later this week.

Players who weren’t included on their team’s announced roster could still return on a renegotiated contract. That could be the case for veterans such as OF Billy Hamilton and 3B Pablo Sandoval, who were released Sunday by the San Francisco Giants.

All this talk about summer camp has us feeling a bit nostalgic about baseball returning. Sure, the game will look a little different with some of the rules changes enacted for this year.

Two things we won’t get to see in 2020 are pitchers hitting and (most likely) extra-inning games that drag on forever. So let’s combine those two elements with a trip back in time to July 4, 1985. And our hero in this clip just happens to be Atlanta Braves pitcher … Rick “Summer” Camp.

NBA (classic):NBA TV celebrates Kawhi Leonard’s 29th birthday with a day-long celebration of his greatest NBA moments. Included are replays of Game 6 of the 2019 NBA Finals as the Toronto Raptors claim the title over the Golden State Warriors at 10 p.m. ET. That’s followed at midnight ET by the Dec. 25, 2019, game in which Leonard scores 35 points to lead the Los Angeles Clippers past the Lakers.