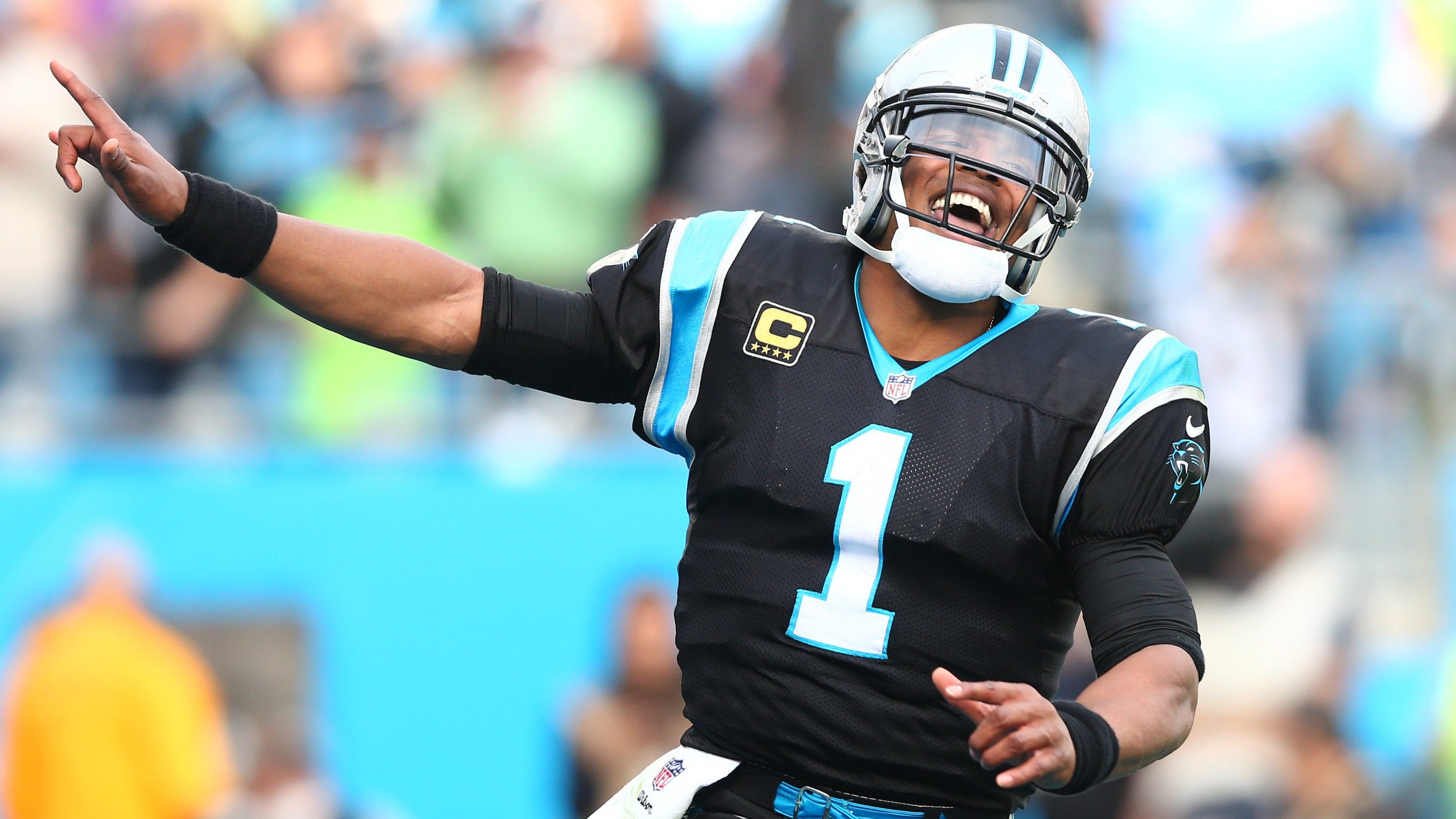 SportsPulse: Mackenzie Salmon connected with NFLPA Executive Director DeMaurice Smith to get the union’s response on Tom Brady and Russell Wilson’s impromptu practices with teammates. An act they strongly discouraged prior to Training Camp.

Bill Belichick just might have done it again: found a way to outfox his opponents with another low-risk, high-reward move that the rest of the league was afraid to make.

Cam Newton has a list of questions to answer, but if capable of doing so, New England’s acquisition of the former NFL MVP could look like a stroke of genius by year’s end.

This union, of course, comes as no surprise. Everybody and his brother started fantasizing about it when Tom Brady bolted for Tampa and the Carolina Panthers sent Newton packing in a seven-day span in late March.

It just made too much sense.

For Newton, the one-time face of the league, now sports a massive chip on his surgically repaired right shoulder. For the Belichick, who enters the 2020 season with similar motivation.

Both have been counted out. Both have had their last rites read.

The Panthers wrote off Newton despite a body of work that included four playoff appearances, a trip to the Super Bowl and an MVP campaign in nine seasons.

The NFL world has discounted Belichick and his Patriots following Brady’s departure — disregarding his legendary résumé and six Lombardi Trophies.

Newton’s critics believe nine seasons of pounding have rendered his 6-foot-5, 245-pound frame virtually useless. The critics of Belichick and the Patriots eagerly anticipate their demise as younger, more explosive teams have overtaken them.

But here they stand — Newton and Belichick — both stubbornly embracing the next challenge rather than riding off into the sunset.

Both stand to reap handsome rewards for their patience.

Newton endured a three-month wait on the open market as coronavirus restrictions prevented him from visiting teams and taking physicals to prove the soundness of the shoulder and foot injuries that reduced his 2019 season to just two games.

But he couldn’t have asked for a better situation in a quarterback landscape that dramatically shifted this offseason.

Where was he going to go? To the Chargers, whose coaches are high on Tyrod Taylor and used the sixth overall pick to draft Oregon’s Justin Herbert? Follow Ron Rivera to Washington, where ownership is heavily invested in second-year pro Dwayne Haskins? Vegas, to duke it out with Derek Carr and Marcus Mariota? Jacksonville, where a proven quarterback is needed, but his style would’ve badly clashed with that of offensive coordinator Jay Gruden?

None of those rebuilding projects would have translated into the career revival that Newton both craves and is capable of achieving, if healthy.

New England offers just about everything that Newton could ask for, however.

The wizardly offensive coordinator Josh McDaniels, who made guys like Jacoby Brissett and Tim Tebow (in Denver) look like playoff-caliber quarterbacks.

The backing of a consistently formidable defensive attack and special teams unit.

A locker room full of leaders to lighten his load.

And most importantly, a head coach, who’s not afraid to defy conventionalism, take a chance on castoffs and reconfigure his team’s identity depending on roster strengths.

For Newton, the table essentially is set.

He doesn’t even have to start Day 1.

Sure, as a fierce competitor, he will want no part of a backup role. And if you’re to believe the numerous workout videos that he has shared on social media, Newton is back to 100% and in great shape. But if his body requires a slower than anticipated reacclimation process, if he needs more than training camp and preseason to become comfortable with New England’s playbook and terminology, the Patriots could rely on Brian Hoyer or Jarrett Stidham for the first few weeks of the regular season, where thanks to the COVID-19 restrictions of the offseason, every team likely will start slow. And then, they could turn the keys over to Cam for the meat of the season.

It’ll be interesting to see how McDaniels tailors the offense to Newton’s strengths, but in recent years, New England has already shifted to being a more run-oriented team to ease pressure on the aging Brady. McDaniels’ emphasis on shorter passes and timing routes to get the ball out of the quarterback’s hands quickly, also will help lessen wear and tear on Newton’s shoulder while also protecting a body long subjected to abuse thanks to the quarterback’s fearless style of play.

We don’t know how the terminology of New England’s offense compares to those that Newton ran in Carolina. But while playing for four different coordinators in nine seasons, Newton has seen a lot. And a determination to prove his critics wrong will fuel his appetite while learning another system. At this point, Newton (whose efficiency has improved as he has aged), seemingly is poised to run an offense and pick his spots for off-script plays more judiciously.

If that happens, Belichick and the Patriots will be greatly rewarded for this gamble.

They’ve been here before of course, although not at the quarterback position. But Belichick has a long history of striking gold on reclamation projects. Randy Moss, Chad Ochocinco, Corey Dillon, Aqib Talib, Wes Welker … The list goes on.

Newton now has a chance to be next because Belichick has enough confidence in his own leadership, the Patriot Way and his staff’s ability to maximize the talents of players that other teams were too scared to touch.

Belichick really has nothing to lose here. Financially, Newton’s reported deal of $7.5 million is a bargain. And when it comes to expectations, most had already written New England’s obituary for the 2020 season. Some predicted so drastic a fall from grace that anticipated top 2021 draft pick Trevor Lawrence would wind up in New England next spring.

The Patriots already were prepared to navigate the 2020 season with an unproven Stidham and journeyman Hoyer. Why not see if Newton can regain his top-10 form and position his new squad for yet another AFC East title run?

The timing couldn’t be any more perfect.

Belichick and Newton wouldn’t have been right for each other back in 2011, or even 2015 when Cam was flashing his megawatt smile and doing his Superman flex after every big play. But now, a humbled and hungry Newton is primed to reinvent himself and extend his career. Now, Belichick has experienced the terrors that a scrambling quarterback can inflict on even the most formidable defense, and he’s ready to embrace the brand of football that is taking over the NFL.

The mastermind of roster architecture, Belichick spent the offseason retooling his team to better support the quarterback and compensate for whatever deficiencies Stidham and Hoyer exhibit. This squad certainly can pick up the slack for Newton’s superior talents.

So, New England doesn’t need Newton to be Super Cam as the Panthers and their talent-deficient squads did for all those years. If Belichick and Co. can simply get Cyborg Cam, the AFC East can be had.

The payoff for such a minimal investment could be great for all parties involved. A successful year could translate into a nice payday in 2021 and a lengthy second act for Newton, and for Belichick, this year could lay groundwork for the next chapter of the coach’s storied reign.