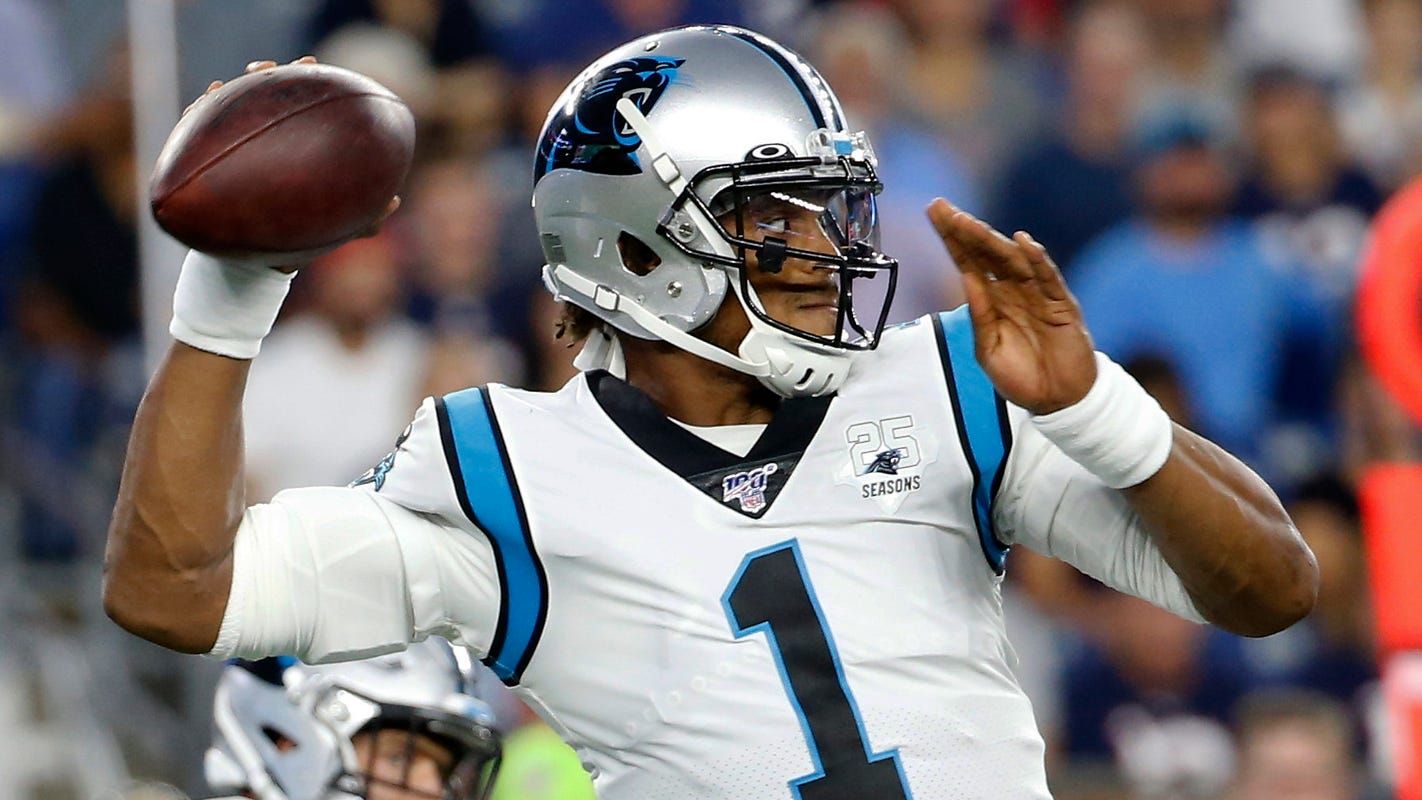 SportsPulse: Mackenzie Salmon connected with NFLPA Executive Director DeMaurice Smith to get the union’s response on Tom Brady and Russell Wilson’s impromptu practices with teammates. An act they strongly discouraged prior to Training Camp.

At long last, Cam Newton’s wait has ended, and the 2015 MVP now has a chance to revive his career with one of the most storied franchises in NFL history.

Newton on Sunday evening agreed to a one-year deal with the New England Patriots, according to multiple reports.

The first overall pick of the 2011 draft, Newton became a free agent after the rebuilding Carolina Panthers released him with one year left on his contract on March 24.

Despite his impressive body of work, Newton remained unsigned for three months thanks largely to uncertainty over his health.

A surgically repaired throwing shoulder and a Lisfranc fracture in his left foot limited Newton to just two games in 2019. Based on the many workout videos he has posted on his social media platforms this offseason, Newton appears to have recovered. But because of the coronavirus restrictions that forced the closing of NFL facilities, teams were unable to host the quarterback and have him take a physical to confirm that his shoulder and foot were indeed structurally sound.

However, with a month left before players are expected to report for training camps, New England and Newton’s camp reached an agreement on what represents a new chapter for player and franchise.

JOHNNY MANZIEL: Football career is probably ‘in the past’

New England had yet to find a proven replacement for Tom Brady, who left for Tampa Bay via free agency this spring. Coach Bill Belichick had expressed confidence in quarterbacks Jarrett Stidham and Brian Hoyer, however Stidham remains unproven entering his second NFL season, and Hoyer is a journeyman.

If he is indeed back to full strength, his chances of winning the starting job appear strong. Newton has boasted great arm strength and athleticism during his career. New England offensive coordinator Josh McDaniels is regarded as one of the brightest play-callers in the game and has displayed great creativity and versatility in his schemes. He has proven himself capable of capitalizing on the strengths of his quarterbacks, whether it was Brady, fill-in Patriots starters like Jacoby Brissett or Jimmy Garoppolo, or even Tim Tebow during McDaniels’ brief stint as Denver Broncos head coach.

A healthy Newton would rank among the most physically gifted quarterbacks that McDaniels has worked with. His potential ascension to the starting role would bode well for the Patriots, who aim to remain atop the AFC East despite improvement by the Buffalo Bills and Miami Dolphins last season and this offseason.