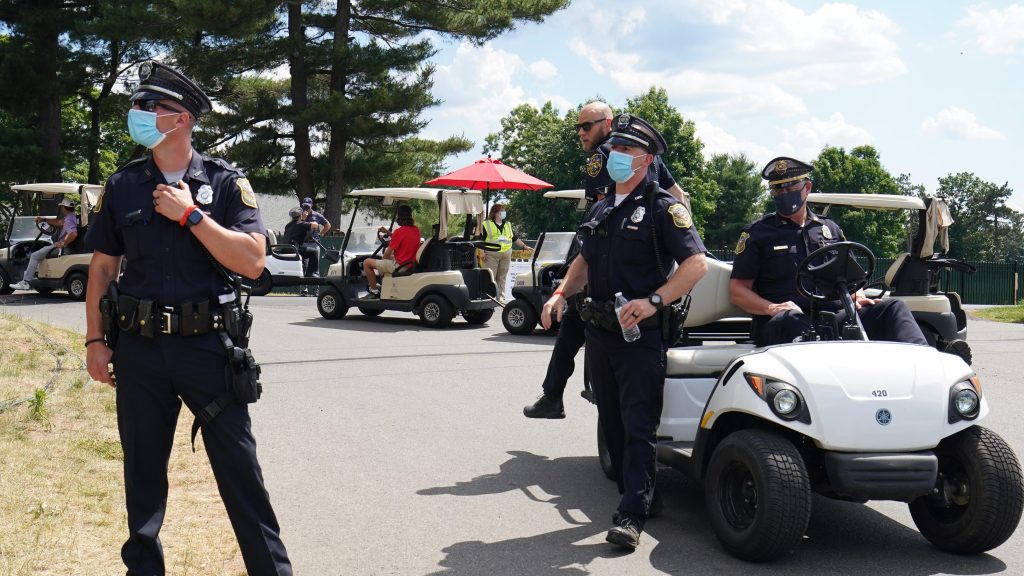 Not allowed on site until tested


After a number of positive coronavirus tests this week at the Travelers Championship in Cromwell, Connecticut, the PGA Tour has updated a number of protocols to maintain a tighter “bubble” around players and caddies.

The Tour released a statement to the media on Saturday, announcing that all players and caddies will need to be tested in advance of approaching the course and complex. In the past, players could come to the venue but didn’t have access to the indoor facilities until tested.

“Over the past three weeks as part of its Return to Golf, the Tour has been committed to learning from an operational standpoint and adjusting protocols in place in order to mitigate risk and promote the health and safety of all involved, including players, caddies, staff and volunteers,” the statement said. “Changes to date include additional testing for those traveling on the charter flight, potential withholding of the stipend program if a player tests positive after not following protocols, and the return next week of the Tour fitness truck to encourage use of on-site facilities.

“In light of three positive tests at the Travelers Championship, the Tour is announcing another update to the program to further encourage players and caddies to adhere to on-site protocols and in consultation with our medical advisors and Player Directors. Effective immediately with the Rocket Mortgage Classic, players and caddies, along with all other individuals ‘inside the bubble,’ will not be allowed on property until first being cleared with a negative in-market test.

“Previously, players and caddies could be on site to practice as they awaited their arrival testing results, but without access to any indoor facilities.  The TOUR is taking that precaution one step further to add an additional safety measure in that no player nor caddie will be on site – anywhere – to start the week, without first being cleared through COVID-19 screening. Again, this same policy will apply to all individuals inside the bubble, such as independent Physios, instructors, staff and others.”

The Tour also announced that this will not be implemented for the Korn Ferry Tour, due to “longer turnaround times for test results.”

On Tuesday, Cameron Champ withdrew from the Travelers Championship after testing positive for the coronavirus, and Graeme McDowell and Brooks each withdrew out of an abundance of caution after their caddies each tested positive. Chase Koepka, who Monday-qualified, also withdrew even though he, like McDowell and Brooks Koepka, tested negative.

On Friday, Denny McCarthy tested positive and withdrew from the event. One of his playing partners on Thursday, Bud Cauley, also withdrew even though he tested negative. The third member of their group on Thursday, Matt Wallance, tested negative and played as a single on Friday. He missed the cut after shooting 72 in the second round.

Check out photos from the 2020 Travelers Championship