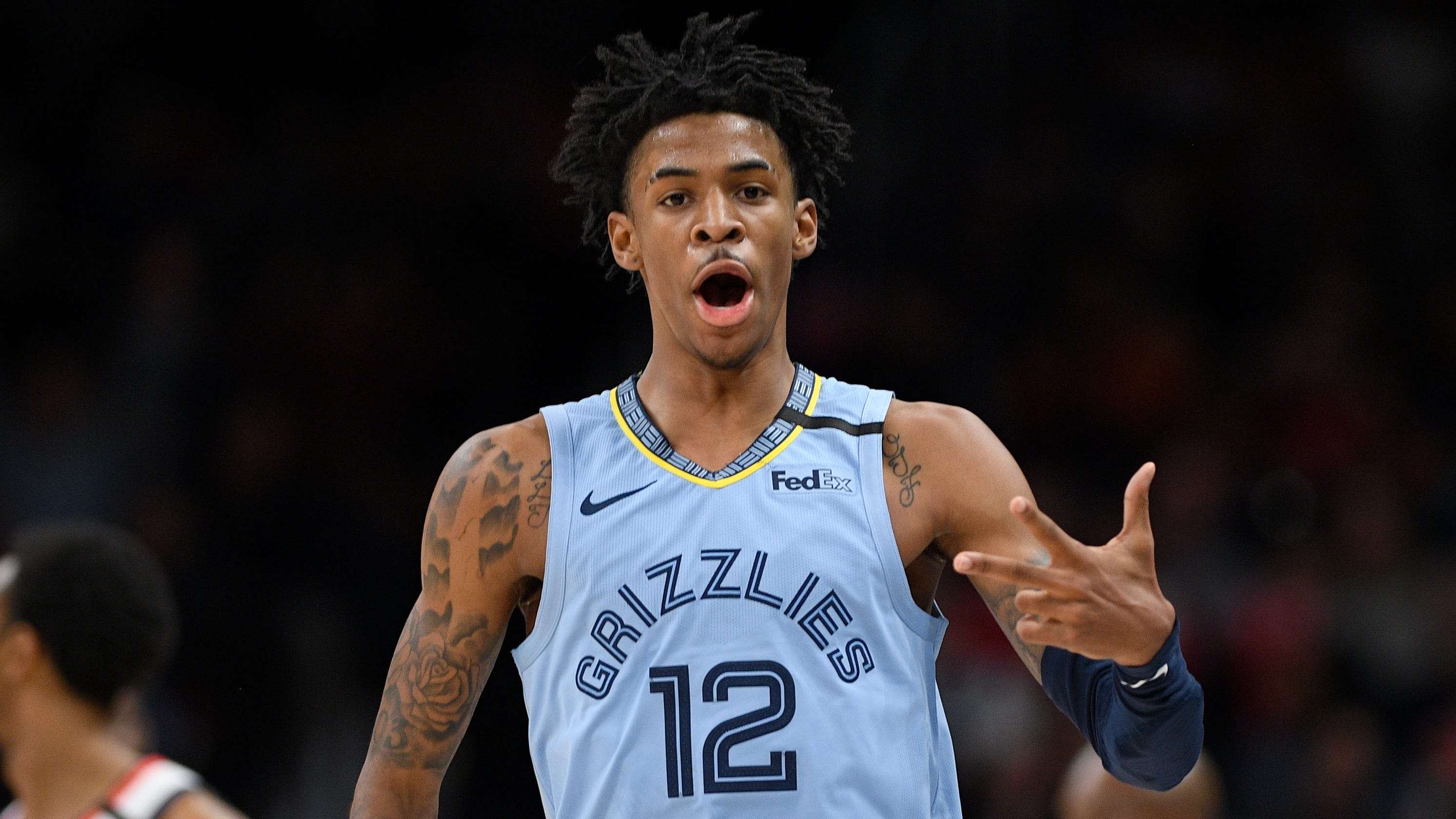 Grizzlies set up to go national in Disney World bubble

There was enough there Friday night when the NBA released its restart schedule to play the disrespect card, to shout as loud as you can that the league’s Disney World bubble will once again be “Memphis vs. Errrbody.”

There was Zion Williamson playing more games on national television than everyone but the Lakers and Celtics. There were the Pelicans facing the easiest schedule of all the contenders for the Western Conference’s final playoff spot, including a game against the Grizzlies in which Memphis will be playing the second time in as many days.

There was ESPN’s collection of former players-turned-analysts talking up New Orleans and Portland as their choice to snag the No. 8 seed the Grizzlies currently own.

There were plenty of slights for Ja Morant, Jaren Jackson Jr. and company to call upon as motivation once they head down to Orlando next month.

FULL SCHEDULE: All 88 seeding games to finish the regular season

INSIDE THE BUBBLE: How will Disney employees work on site?

But now that the Grizzlies know exactly what stands between them and that coveted playoff spot, let’s also acknowledge this truth: Memphis is set up to benefit from this experiment in pandemic basketball as much or more than any other team that doesn’t have legitimate NBA title hopes.

Memphis and its core of 20-somethings are guaranteed eight games of playoff-like intensity that will serve as valuable reps should this group become the contender we all hope it will become in the years ahead.

The Grizzlies will have as many games on ESPN and TNT over these eight seeding games as they did over the previous 65 games they played before the season was suspended due to the COVID-19 pandemic.

So remember all that fun we had watching this team emerge in January and February behind Morant’s goggles, Jackson’s 3-point barrages, Dillon Brooks’ heat checks and Brandon Clarke’s ability to fly in the air for alley-oops and finesse funky floaters into the hoop?

The NBA League Pass junkies were already catching on back in March. But due to these odd circumstances, these Grizzlies have a better chance than ever before of capturing the attention of the common NBA fan.

CP3 ON FIGHTING RACISM: “It’s never a shut up and dribble situation”

If they play well, if they earn that last playoff spot after all these national commentators are picking everyone but Memphis, if Morant and Jackson look like the burgeoning 20-year-old stars they seemed to be through 65 games and give LeBron James and the Lakers everything they can handle, if the NBA bubble isn’t disrupted by COVID-19 (which might be the biggest if of them all), this could turn into the moment when Morant and this “NXT GEN” version of the Grizzlies become more than a local sensation.

The transformation from national curiosity to national headline could happen really quickly, too.

The Grizzlies get Portland and Damian Lillard on NBATV in their first game on July 31. They play Williamson and the Pelicans on ESPN in their third game on Aug. 3. Those results could dictate the tenor of the Grizzlies’ entire time in Orlando.

The NBA restart will be the jewel of the sports calendar when it begins July 30. Every game will be magnified because of the drought of live sports brought on by the pandemic. Here in Memphis, where the World Golf Championships-FedEx St. Jude Invitational is scheduled to take place alongside the first week of the NBA’s revised schedule, these Grizzlies games will be appointment television above all else around town.

While the Lakers and Clippers and Bucks have the advantage of using these eight “seeding games” to ramp up in preparation for the playoffs, the Grizzlies needs them to make the playoffs. They have a 3½-game lead in the standings over New Orleans, Portland and Sacramento at the moment.

The No. 8 seed must be more than four games ahead of the No. 9 seed to avoid a play-in scenario under the NBA’s new seeding policies adopted for this special situation.

What else to keep an eye on?

The good: Memphis plays the top three seeds in the Eastern Conference (Milwaukee, Toronto and Boston) in its last three seeding games when those opponents could very well be locked into their seeding for the playoffs.

The bad: There’s no time for Memphis to settle into the Disney World bubble with their first three games against Portland, San Antonio and New Orleans, including that nationally televised matchup with the Pelicans on the second day of a back-to-back. Go 2-1 or 3-0 in those games and the Grizzlies will be in a great spot. Go 1-2 or 0-3 and they’ll be fighting for their playoff lives the rest of the way.

The weird: Marc Gasol’s first game against Memphis will take place on a Sunday at 2 p.m. ET in a mostly empty gym in Orlando when the Grizzlies play the Raptors on Aug. 9.

Still, the NBA mostly did right by the Grizzlies.

They went from having the hardest remaining schedule among the four other top contenders for the No. 8 seed (New Orleans, Portland, Sacramento and San Antonio) to having the second-hardest. Those four other teams, meanwhile, saw the opponent winning percentage in their new eight-game seeding schedules rise significantly more than the Grizzlies did when compared to the schedule remaining had the regular season gone on as planned.

But go ahead and shout “Memphis vs. Errrbody” like it’s the Grit and Grind era again. Go ahead and come up with your best conspiracy theory for why the NBA wants LeBron vs. Zion more than LeBron vs. Ja in the playoffs.

Go ahead because Morant, like Memphis, thrives on being slighted and overlooked, and Disney World might be where the basketball world gets another reminder of that.