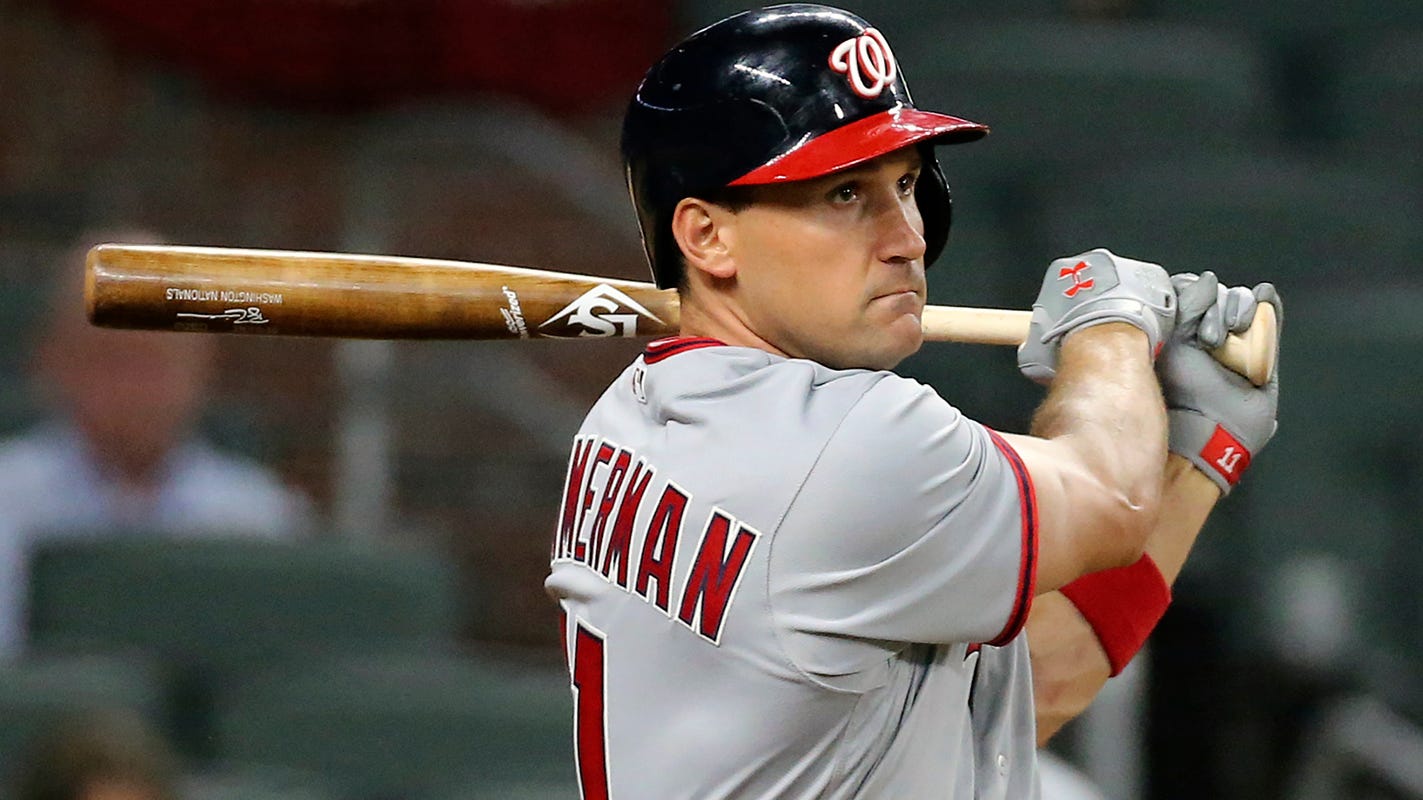 Will MLB be able to complete 60-game season as coronavirus cases rise?

On paper and in reality, a Major League Baseball player in 2020 has almost every moment of his work day scripted to mitigate the spread of the novel coronavirus.

From keyless hotel entry, to socially-distanced positioning during drills to best practices for boarding and disembarking the team bus, MLB’s 101-page health protocol document leave little to the imagination while ensuring players are tested every other day for COVID-19.

The league and its players have little choice but sweat the details: Contesting a 60-game season in 66 days across 28 cities as a volatile virus constantly changes the rules of engagement is an extraordinary task. Little wonder you’ll be hearing plenty about wet rags for pitchers and bullpen phones getting sanitized the moment they’re hung up.

Yet infectious-disease experts believe it probably won’t be a contaminated baseball, or a collision at second base, or an improperly disinfected cryotherapy unit that poses the biggest threat to a baseball season dependent on avoiding COVID-19 outbreaks as it trudges toward opening the season July 23.

Ryan Zimmerman of the Washington Nationals is one player who is undecided on whether he will play this season, citing health concerns for his family. (Photo: Curtis Compton, AP)

Instead, it will be a test of individual behavior, as thousands of young and seemingly invincible ballplayers navigate the world away from the ballpark, particularly in markets where social distancing is a mere suggestion.

“I trust the nuts and bolts that Major League Baseball will have the testing, get the quick turnaround time on results, control the clubhouse world,” Will Humble, executive director of the Arizona Public Health Association, told USA TODAY Sports. “I don’t know how they’re going to control the off-field behavior.

SAFETY RULES: No licking hands, no spitting, no showers for players

MLB’S 60-GAME SCHEDULE: ‘Hopefully, we never have to do this again’

MLB and the Players’ Association have established a letter of the law in their health protocols, urging players to limit meals on the road to prepared servings at the ballpark and the team hotel, to enjoy them in their room or socially distanced from teammates (sitting side-by-side more than six feet apart, at the least) and to avoid common areas of the hotel.

It asks teams to establish with road hotels a safe passage from players’ rooms on an isolated, lower floor directly to the team bus. Only members of the team’s traveling party – classified as Tier I and Tier II individuals – and immediate family members may enter their rooms.

But this is a lockdown in name only. Teams are hoping a form of peer pressure and the very strong competitive and financial motivations – players will be paid on their usual per-game basis  and could lose millions of dollars if the season shuts down – compel their people to act responsibly.

“I think the strategy is being up front and honest,” Los Angeles Dodgers manager Dave Roberts said on a conference call. “From the outset, we’ve been very diligent about educating ourselves and keeping our guys as safe and as informed as possible.

“I have a lot of confidence in our players, coaches and people who will be in our Tier 1 and Tier II – anyone could be affected. That potential harm could affect a lot of other people. Certainly, anything can happen when you’re being cautious, but (we’ll) continue to talk about how important it is to take this seriously.”

Of course, the longstanding temptations of the road are just half the equation. At home, players will have even more free time on their hands and limited access to their usual cocoon, the clubhouse. MLB is mandating that players show up no early than five hours before a game and must be out of the clubhouse 90 minutes after its conclusion.

So the show-up-early, stay-late clubhouse crowd will be left to their own devices.

“The weakest link in the chain is home games, off the clock,” says Humble, who was Arizona’s director of public health services from 2009 to 2015. “Even players with families – a kid can bring it home, infect the player, and if they’re not testing every single day, it could get into the clubhouse and spread that way.”

MLB is allowing players with underlying health conditions to opt out of this season and receive pay and service time. While no players are known to have opted out yet, Washington Nationals first baseman Ryan Zimmerman noted in an ongoing diary for The Associated Press that he is reconsidering playing his final season. Zimmerman’s mother is “super high risk” given her age and multiple sclerosis, and his wife Heather recently gave birth to their third child.

“The ‘bubble’ is only as good as the people inside of the ‘bubble,’ ” Zimmerman wrote. “It’s not like there’s going to be COVID police on our hotel floors. So it will come down to the players and everyone involved and what they do with each and every second of their day.”

And thus begins the test of wills.

Can players, their pockets lined with a $108 per diem and at least a six-figure salary, truly subsist on meals, ready to eat, and avoid their favorite steakhouses? Will the occasional drudgery of the season prove too strong for a young, athletic and seemingly invincible man to blow off some steam at Top Golf, let alone cavort in a crowded nightclub?

Will strict guidelines against fraternization prove too hard to enforce, and a player on the Brewers figures there’s little risk in meeting his pal on the Pirates for a Taco Tuesday special?

The latter scenario was already an issue when, as ESPN reported, a Blue Jays player developed COVID-19 symptoms after socializing with a group of Phillies players near the teams’ spring training facilities in Florida. The Blue Jays and Phillies are among at least eight major league teams that have acknowledged positive tests among their players.

“I’m sure the manual they come up with is solid, is good,” said Ronald Waldman, a professor of global health at George Washington University who has worked with the World Health Organization, the Centers for Disease Control and Prevention and the United Nations in the fight against infectious diseases. “But nevertheless, it’s really hard to completely isolate.

“And the more isolated you are in the group, it just takes one introduction into the group for it to spread like wildfire.”

Particularly given the red-hot spread of the coronavirus in many major league markets as players prepare to return to home stadiums for a second spring training on July 3. Florida, Arizona, Georgia, Texas and California – home to a combined 11 major league teams – each recorded their highest new case counts this past week, with Phoenix and Houston nearing surge level capacity in its intensive care units.

The big leaguers who have tested positive have contracted the virus in myriad settings – some at spring training sites in Florida, others while working out at their home ballpark and others still, presumably, while training in their home towns.

MLB’s protocols leave little to the imagination, requiring face coverings in almost every setting – while not participating at the stadium, while riding in busses and airplanes – and players and staff will be required to undergo “COVID-19 education” upon arrival for preseason workouts.

Yet they will live in a world where consistent messaging on mitigating the virus has been inconsistent from state to state.

“I don’t know the circumstances of what they’re doing to get sick,” said Waldman. “They come in all shapes and sizes and points of political views. Maybe among them it is too much to ask them to wear a mask because it’s a point of personal liberty.”

While the prospect of baseball’s return has fans excited after several months without sports, those within the game are pragmatic about the conditions under which this 60-game season will be contested.

Including whether it can be completed.

“There’s no question we’re going to have a decent number of positive tests, in spring training and the season,” said Dodger chief baseball officer Andrew Friedman. “To me, it’s much more about how quickly we respond to that, the treatment options, the quarantining, making sure it doesn’t spread among the group.

“To the extent that we can contain it – and we have really good health and safety protocols in place – as a group I think it’s something that we can manage. But again, anyone that pretends like they can sit here today and tell you exactly how things are going to play out, I don’t subscribe to that.

Most notably, at what point will MLB hit the pause button? Teams are allowed a 60-player pool from which to draw players, and significant flexibility in a special COVID-19 injured list that requires no minimum or maximum stay.

On a conference call with reporters Friday, NBA Commissioner Adam Silver said a “significant spread” of COVID-19 among the player population in its sequestered Orlando environment “may lead us to stopping.”

Baseball is taking a different approach, allowing players to live at home and play in their home markets, for now in stadiums without fans, though that may change.

“I hope they can pull it off,” Humble says of playing in a pandemic that has infected more than 2 million Americans and killed more than 125,000. “This has been so stressful for so many people – for all of us.”

If they can, it will mark a welcome step forward in a country that has struggled to reopen and stay open while its allies worldwide forge ahead after better mitigating COVID-19.

By all accounts, baseball has put in the effort to clear a path. Staying on it will be one of the game’s biggest challenges ever.

“I’m glad they made all these plans,” said Waldman. “But if I were the owners, I wouldn’t be taking my money to the bank just yet.”