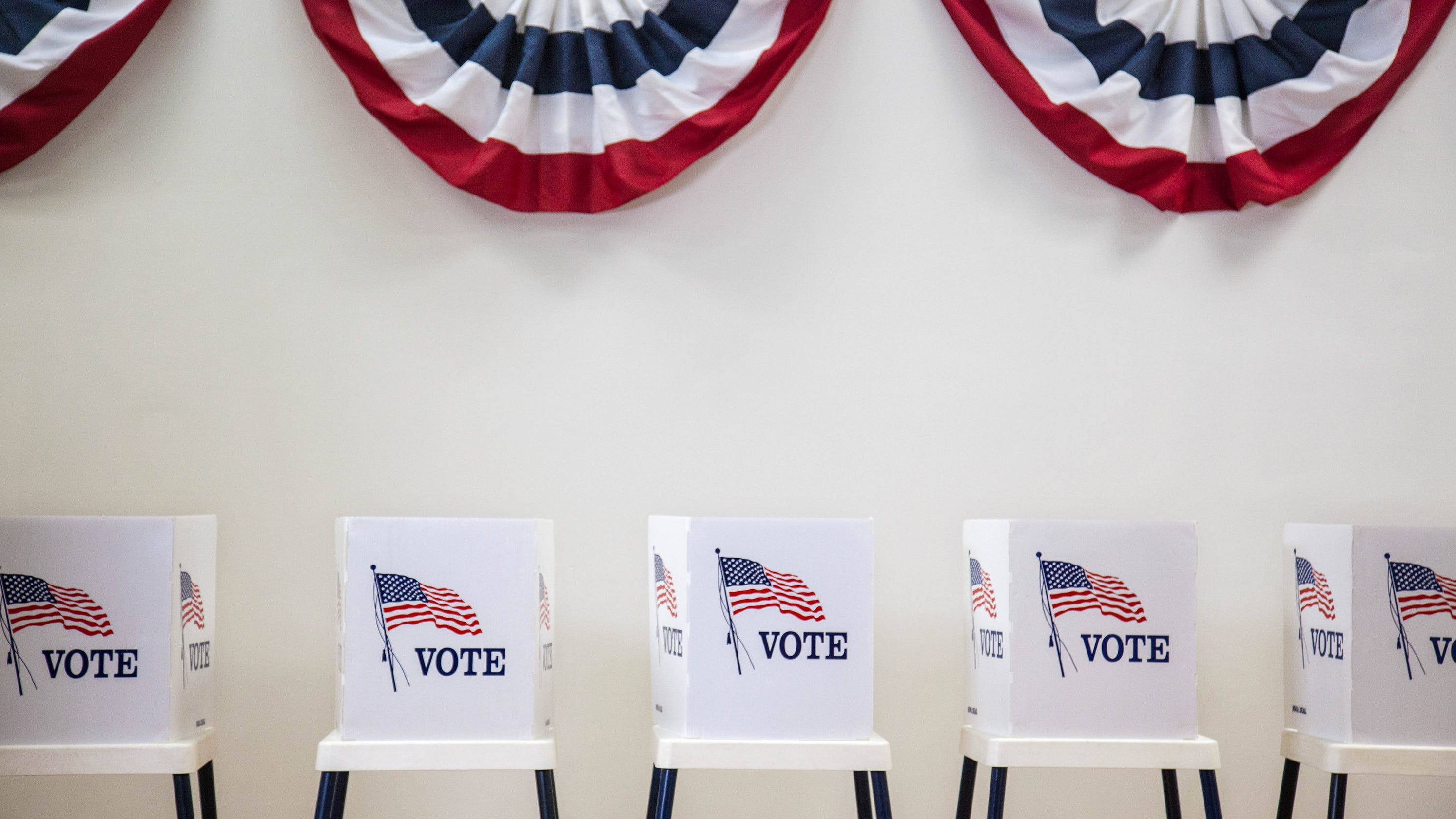 With the election coming up in November, many wonder if we could have a contested election and how likely is that to happen?

After the NCAA recommended earlier this month that schools mark Nov. 3 as a day off from athletic activities so athletes can vote more easily on Election Day, Austin Peay moved swiftly to clear athletes’ calendars for the day.

“Some things are bigger than a practice,” Austin Peay athletics director Gerald Harrison said of his school’s decision to give athletes the day off.

“Registering and exercising the right to vote has always been a priority of Grambling State University,” Grambling State athletics director David “Rusty” Ponton said. “The 2020 year elections may be the most critical in our country’s recent history. I applaud the NCAA’s decision. If we want to see change, we must vote.”

Those schools join the likes of Georgia Tech and institutions within the Big Sky and America East conferences in pledging to not have practices or competitions on Election Day.

Elsewhere, many schools are taking action to help athletes vote, including helping them register to vote, but few have committed to making Nov. 3 a day off from mandatory athletic activity.

“We are currently discussing various approaches to encouraging our student-athletes to participate in the voting process,” Tennessee athletic department spokesman Tom Satkowiak said in an email. “There is still a lot to be determined relative to Nov. 3, including sport-specific schedules and what, if any, measures are taken at the conference level. We have already begun internal efforts to assist student-athletes with voter registration.”

Every SEC football team is scheduled to play a conference game Nov. 7, and Tuesdays during game weeks are typically a day on which practices occur.

Outside of football, sports such as basketball, soccer, volleyball, cross country, swimming and diving are ongoing in November, and a typical Tuesday during the season can feature a practice or game or be a travel day for road competition. Full competition schedules for most teams other than football have not been released.

No SEC school has publicly committed to clear athletes’ practice calendar on Election Day, and the conference has not said whether it will recommend or mandate that its member schools mark Nov. 3 as an off day.

Like Tennessee, Georgia has helped athletes register to vote but stopped shy of making Election Day free of practices and competition. On June 13, the day after the NCAA recommended schools give athletes Nov. 3 off, Georgia organized a football team walk to the Board of Elections in Athens so athletes could register to vote.

“It was something that was coordinated, and it was wonderful to see,” Georgia athletics director Greg McGarity said.

Memphis also falls into the camp of offering help and voting education to athletes but has not marked Nov. 3 as a day off from athletic activity.

Many states are planning on drastically different elections this year and mail-in ballots could be a big game changer.

“We wholeheartedly support providing an athletic-department environment that ensures all student-athletes, coaches and staff have the full breadth of national election day to exercise their right to vote,” Memphis athletics director Laird Veatch said in a statement. “With that goal in mind, we will create a program that will educate our student-athletes on voting options, ensure that time is made available for in-person voting and facilitate absentee voting whenever necessary.”

Some athletes undoubtedly are registered to vote in their hometowns, so even if they had Election Day off from practice, voting probably would entail an absentee ballot.

This year’s election will come at a pivotal moment for a country facing health and economic challenges caused by the coronavirus pandemic. Additionally, the country is embroiled in protests against police brutality and racial inequality.

No Football Bowl Subdivision teams are scheduled to play Nov. 3.

Buffalo had been scheduled to play at Northern Illinois on Election Day, but the Mid-American Conference moved the game to Oct. 31.

Two FBS games are scheduled for Nov. 4 and two on Nov. 5. The latter date includes Arkansas State’s game at Louisiana.

“We plan to provide support and education on the voting process to our student-athletes and staff,” Louisiana athletic department spokesman Patrick Crawford said. “Additionally, the Sun Belt Conference will be launching a league-wide initiative, and we look forward to being active participants in that project.”

Elsewhere in Louisiana, Louisiana Tech is working in conjunction with Conference USA about possibly making Nov. 3 a day off for athletes.

The SEC’s slate of Nov. 7 games includes high-profile games such as Alabama at LSU and Georgia at South Carolina. A school might hesitate to make Nov. 3 a day off from practice unless its opponent also does so or the SEC makes it mandatory for all of its schools.

Harrison isn’t waiting for a conference directive to act.

Like Grambling State, Austin Peay is a Football Championship Subdivision school with a game scheduled for Nov. 7. Normally, Austin Peay takes Monday off during a game week and practices Tuesday. The Governors will flip plans for those days during election week, Harrison said.

“Not one coach thought (making Nov. 3 a day off) was a bad idea, and our student-athletes are really excited about having that day off to be a part of something we all feel is extremely important,” Harrison said.

“For us, it’s about being a part of our community, and one of the biggest ways you do that is to vote,” he added.

Some Austin Peay athletes plan to volunteer at polling places in Montgomery County, where the school is located, while others will assist in transporting voters to polling places.

“These young student-athletes are encouraging each other to get registered to vote,” Harrison said. “They’re talking with the general student population at Austin Peay. I’ve heard them talk about making sure those who can’t get to the polls on Election Day, to use their absentee ballots. These young people are engaged and motivated, and that’s encouraging to see.”