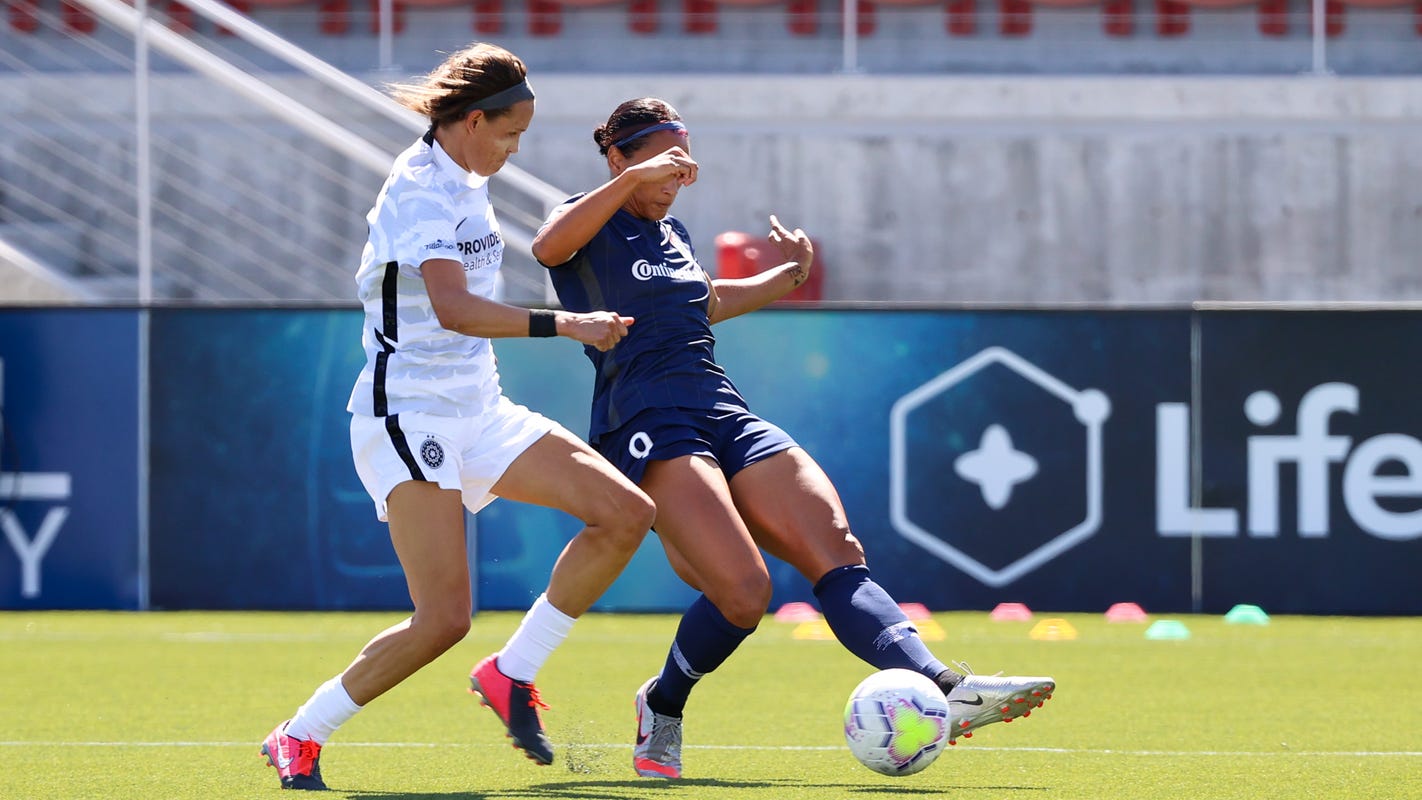 Samantha Mewis cut outside and dribbled down the field, positioning herself perfectly for a pass to Lynn Williams. Williams was in the perfect position to head the ball into the goal, complete with a fist pump afterwards.

It would become the game-winner for the North Carolina Courage, who won the first game in the NWSL Challenge Cup, 2-1, against the Portland Thorns — and with it became the first major U.S. sports team to win a game since the coronavirus largely shut down American sports.

The game was also historic in a another way. Televised live on CBS, it was the first time a women’s club soccer game was shown on network TV in the U.S.

GOAAAAL!!! A header from Lynn Williams for the lead in stoppage time 🔥 @TheNCCourage lead 2-1. pic.twitter.com/lfFOJ1WkEp

After the Orlando Pride pulled out of the tournament due to multiple players testing positive for the coronavirus, the Challenge Cup went on with eight teams and a revised schedule at Zion’s Bank Stadium in Herriman, Utah.

Forward Debinha scored the first goal of the tournament in the 75th minute to get the Courage on the board. Five minutes later, Lindsey Horan’s long-range pass found Simone Naomi Charley for a header that landed in the top of the goal for the equalizer.

.@ThornsFC WITH THE EQUALIZER! Lindsey Horan serves it up and Simone Charley finishes it 🤝 #NWSLChallengeCuppic.twitter.com/qcnZaoesLd

For both teams, this was the first of a four-game schedule each team will play in the tournament’s preliminary group stage, which will determine seeding for the knockout rounds beginning July 17. The Courage’s victory gives it three points and a head start in those standings.

The tournament will continue Saturday night with the Chicago Red Stars and the Washington Spirit.

This wasn’t a typical game by any means. There were no fans in the stands — the CBS broadcast instead piped in crowd noise. Even the sideline reporters stood six feet away from the players they were interviewing. Before the game began, players on both teams took the field wearing “Black Lives Matter” t-shirts and knelt for the national anthem in support of social justice.

Though nothing was normal about it, the Courage and Thorns still managed to play a game, and that’s something no major American sports team has done since mid-March. With it, they drew attention to a league frequently relegated to the “niche” designation.

Now, the NWSL is officially the first league back. As the CBS broadcast put it, “In sports, as in life, it’s ladies first.”