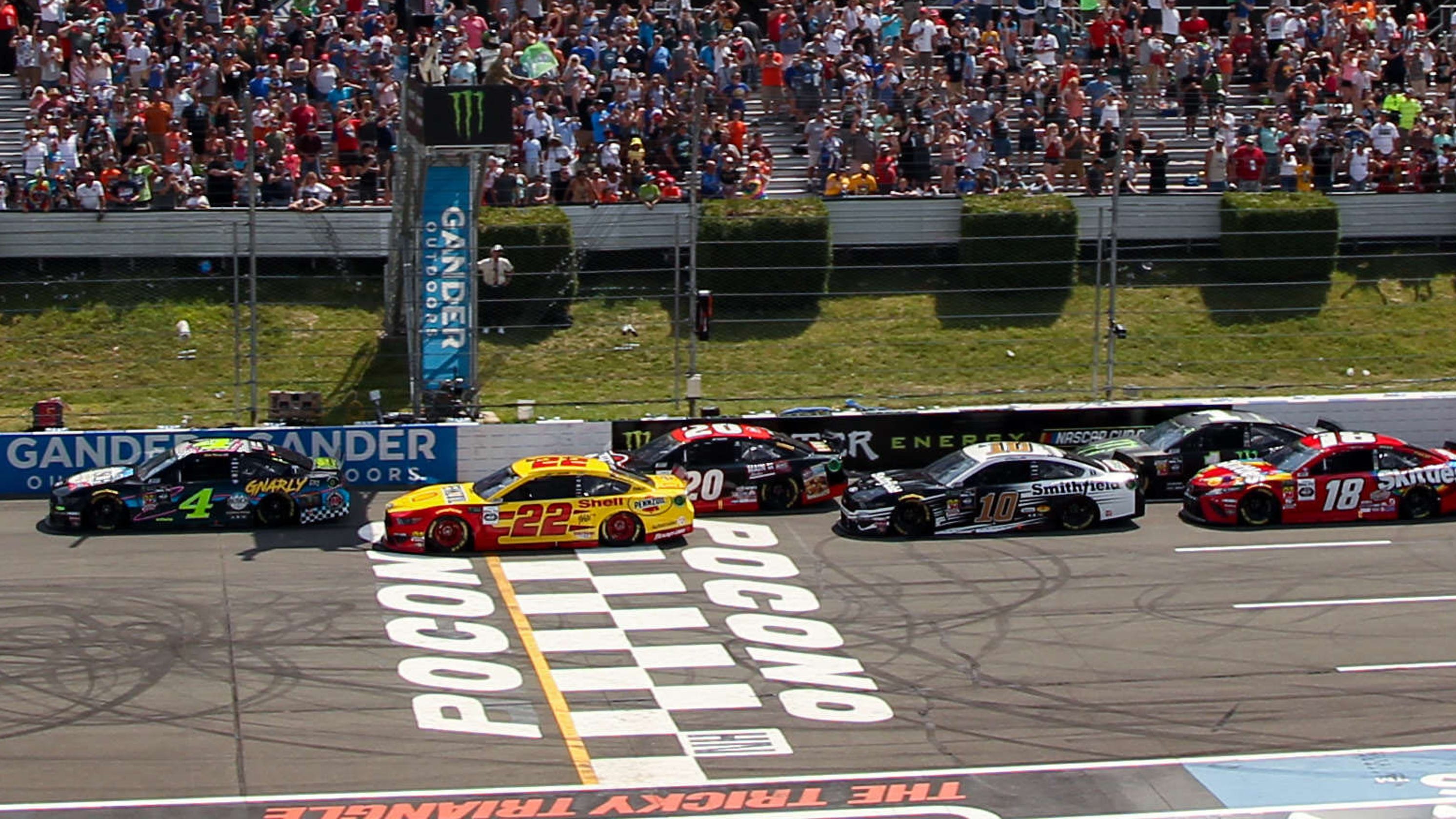 SportsPulse: NASCAR has progressed by leaps and bounds on tackling racial injustice in the sport over the last few weeks. USA TODAY Sports’ Mike Jones believes the NFL can learn a lesson or two.

With the NASCAR Cup Series set for its first doubleheader this weekend at Pocono, drivers may have to settle for only having one good day, according to Denny Hamlin.

Saturday afternoon’s opening race will be 325 miles, with the starting line-up having been determined by a random draw. Because teams are going to be using the same car for both events, they will have a chance to tweak their machines before Sunday’s 350-mile race, other than swapping out engines.

However, success in the first race will mean a less-than-ideal starting position for the second. The line-up for Sunday’s race will feature an inversion of the top 20 finishers from the day before. 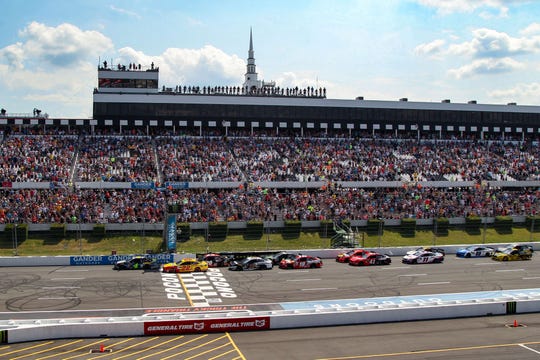 “I think the race is plenty long enough as to where if your car is good, you’ll make up some positions,” said Hamlin of the second race. “Getting back to the front will be difficult. Without a doubt, it will be difficult for somebody to win both races simply because the track is a little harder to pass at unless you have a superb, dominant car. Even if you have that, it’s going to be difficult to really pass guys simply because the big aero that you have there when you’re behind someone.”

On the subject of passing, traction compound has again been applied to the track’s upper lanes, in order to provide drivers with additional lane choices. Pocono did not use the compound in its first race last year but added it for the second race following feedback from drivers, teams, and tire supplier Goodyear.

WALLACE: Driver is ‘wore the hell out,’ will focus on growing NASCAR

NASCAR: Road ahead after noose investigation anything but straightforward

Hamlin is the most recent winner at Pocono, having gone to victory lane at the track last July. It was his fifth win overall at the track, and Toyota drivers have won the previous five consecutive Pocono races.

“If you get out of there with a couple top fives, it’s a good weekend,” Hamlin continued. “If one of them can be a win, that’s a very, very good weekend. You definitely have to set your goals even though you want to win both. You can still get back to the front with strategy in certain places, but I think that’s the goal.

“If it’s (Saturday) a bad day, you can essentially overhaul your car and put a new setup in and come up with new ideas, and you’ll be starting upfront. I think you can really bounce back. You could have flip-flop days between the two races.”