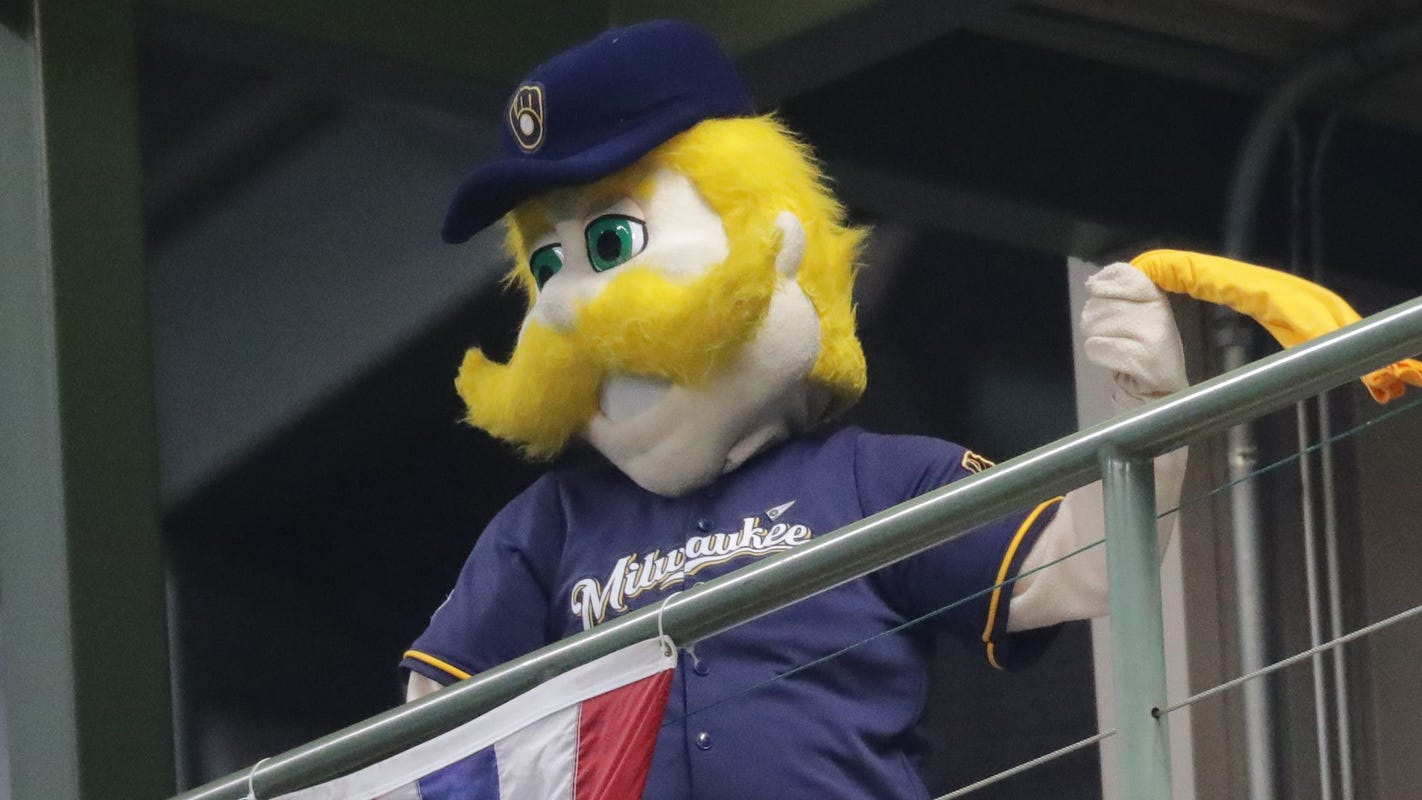 As MLB plans for 2020 season, what about the mascots?

In the 101 pages of Major League Baseball’s health protocols in returning to play amid the coronavirus pandemic, individuals are classified as either Tier 1, 2 or 3 based on whether they work on the field, in the clubhouse or adjacent to the action.

There’s one class missing in this guide, however, a Tier 4 group that will be temporarily displaced but not forgotten.

They’ve been cut into baseball’s ambitious, unprecedented and relatively tenuous plans to play a 2020 season, right there on Page 46 of a tome that seems to alternate between draconian and dystopian.

“Home Clubs may have their mascot in the ballpark if they choose, however under no circumstances are mascots permitted on the field of play or in any other Restricted Area on game days.”

60-GAME SCHEDULE: “Hopefully, we never have to do this again”

ANOTHER QUANDRY: How to potentially handle fans at the park

Indeed, how can you rob the Phanatic of his ATV, Orbit of his penchant to bamboozle opponents, the Racing Presidents of their hopalong sprint to the tape?

Well, this is baseball in 2020, where you make the best of what’s around. And in the same manner that a 60-game, regionally-limited season is far from the 162-game hike fans are accustomed to, a socially-distanced furry friend is better than none at all.

With that, let’s take a look at a handful of mascots who may best flourish amid the constraints of the season:

Bernie Brewer: The man’s signature move has always occurred several hundred feet away from humanity. So when Christian Yelich goes deep at Miller Park this year, Bernie’s slide should be open for business.

Mr. Met: Should he reprise his most notorious moment, it will, at the least, test whether these broadcasts are operating on a seven-second delay.

The Mariner Moose: He is visually interesting. The gorgeous summer climate of Seattle won’t make it seem like he’s dying in that plush costume. And an empty concourse will give him a wide runway for his traditional sprint with the Mariners flag after victories.

The Pirate Parrot: Signature bits include interacting with the participants of the Pierogi Race and launching hot dogs into the stands. With an empty stadium and pre-fab meals provided by the club, the bird figures to eat a little healthier in 2020.

Raymond Ray: With John Bolton back in the news, this sea creature no longer has the most ridiculous mustache you’ll find on TV.

Video of the day

Yes, we’d be remiss to do a mascot bit without resurfacing the most unforgettable moment of player-mascot interaction. Suffice to say, the Brewers did not plan on Pirates first baseman Randall Simon taking a hack at their Racing Sausages during a 2003 game. Just another reason why workplace conditions for the mascots figure to be much safer this year.

FIRST U.S. LEAGUE BACK: What to know for NWSL Challenge Cup

DON’T MISS THESE:13 must-see games on the new NBA schedule

CP3 ON NBA AND RACE:“It’s never a shut up and dribble situation”

NFL HOT SEAT:20 recent first-round picks who need to step up in 2020