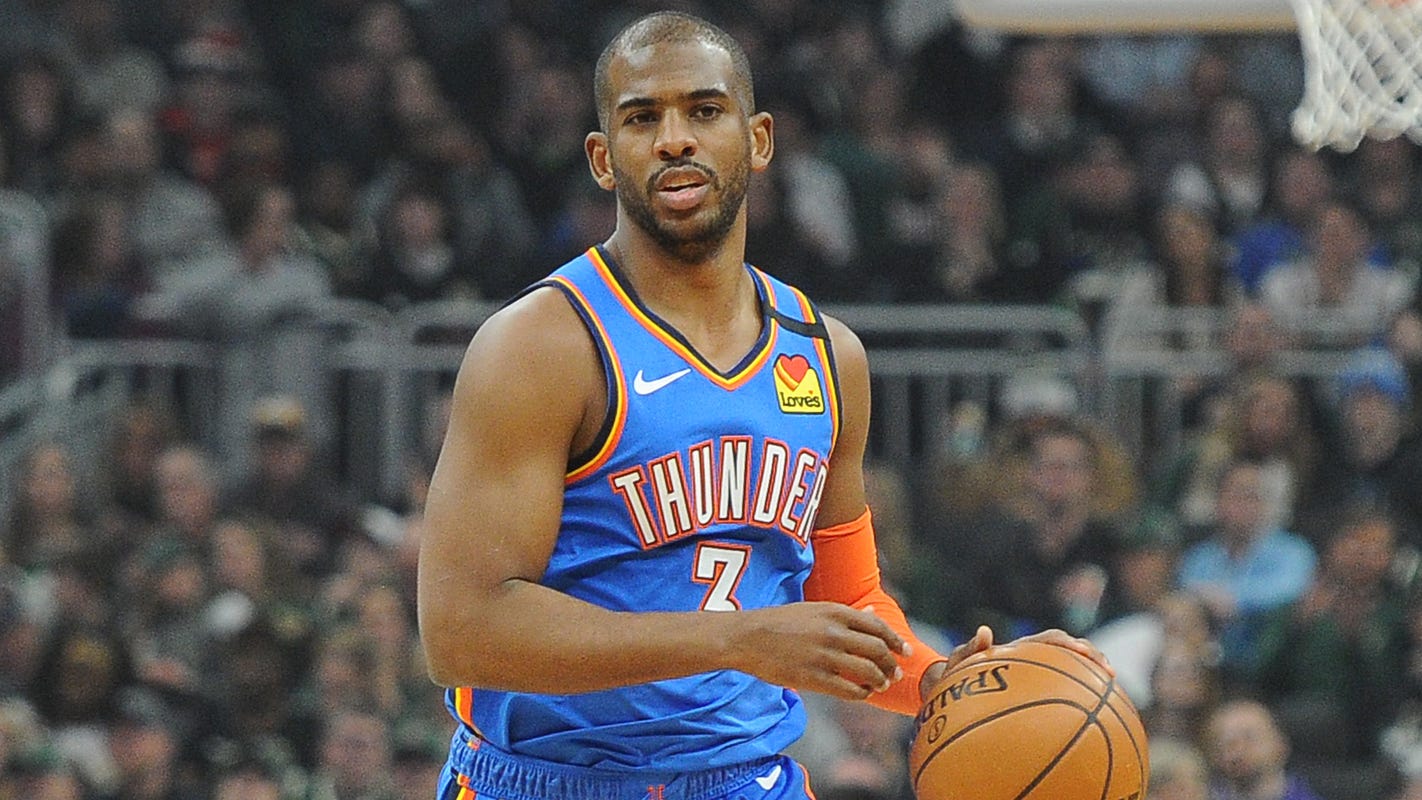 ‘Never a shut up and dribble situation’

In just over a month, 22 of the NBA’s 30 teams will step onto a court and do something they have not done since mid-March. They will play in a basketball game.

With the NBA resuming the season in the middle of a novel coronavirus pandemic and protests on racial inequality, the league plans to do much more than determine its champion.

“It’s never a shut up and dribble situation,” Chris Paul, the Oklahoma City Thunder guard and NBA players union president, said Friday in a conference call. “You’re going to continue to hear us.”

How will the NBA and its players ensure that their voices are heard? NBA Commissioner Adam Silver, NBPA executive director Michele Roberts, Paul and NBPA first vice president Andre Iguodala did not share definitive plans. Yet, they offered a few clues.

Silver said the NBA has created a foundation “to expand educational and economic opportunities across the Black community.” Silver and Paul vowed that the league will improve its hiring practice for Black people, women and other minorities for front-office and coaching positions. The NBA and the NBPA announced this week that they are “both committed to fostering an environment that encourages candid conversations between players and league and team leadership and finding tangible and sustainable ways to address racial inequality across the country.”

It is not immediately clear if the NBA will allow players, coaches and staff members to protest during the national anthem. Or if NBA teams will wear Black Lives Matters slogans on their jersey as the English Premier League. Or which guest speakers the NBA will invite to ESPN’s Wide World of Sports complex.

“I won’t tell you much specifically, but there is such an opportunity for our players both to learn and to teach and to promote and advance,” Roberts said. “This is truly once in a lifetime opportunity.”

Nearly two weeks ago, some NBA players expressed concern if this was the right opportunity to pursue.

This week, a handful of players opted not to participate in the resumed season, including Washington Wizards forward Davis Bertans, Portland Trail Blazers forward Trevor Ariza and Bradley. Bertans opted out for injury prevention entering his free agency. Ariza wants to take advantage of his month-long custody with his 12-year-old son. And Bradley expressed concern about his six-year-old son’s respiratory issues.

“You show me a league where everybody has the same views,” Paul said. “We have 450 players. It’s always hard to be on the same page. But one thing about it is we learned to communicate better. None of us are perfect. But what we’re learning is when we communicate with each other. The guys that choose to go play, we support those. And we support those that don’t go play.”

Either way, the majority of NBA players have opted to participate in the resumed season. During the league’s hiatus, players have taken varying efforts to address racial injustice.

“I can’t imagine anything healthier than that,” Roberts said. “I would’ve been ashamed had there been a conversation that the players have said about getting back to play and nothing else. Frankly as an African American woman, I would’ve been disappointed. I know these men. There was a great conversation and we are continuing the conversation.”