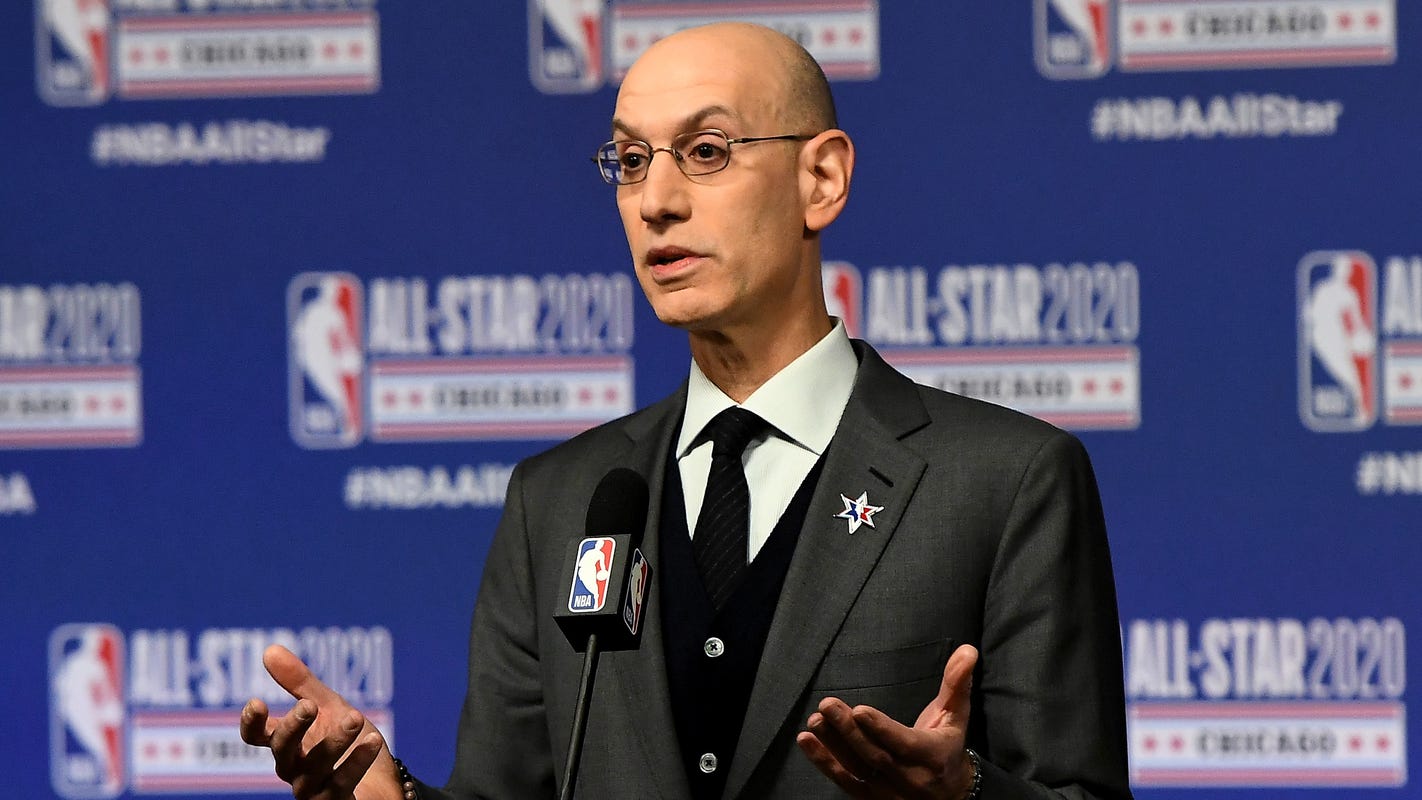 Despite growing numbers of COVID-19 cases in Florida and Orange County, the NBA and the National Basketball Players Association support the plan to resume the season next month in a bubble-like environment at the ESPN Wide World of Sports Complex near Orlando.

Speaking with reporters on Friday for the first time since April 17, NBA Commissioner Silver called the plan to finish the season “safe and responsible” and said it will be “safer on campus than off.”

“We know that COVID-19 will be with us for the foreseeable future, and we are left with no choice but to learn to live with this virus,” Silver said. “No options are risk-free right now. … Because we cannot yet eliminate the risk of infection, establishing this new normal is not easy and requires a thorough plan and acknowledgment that the alternatives are far from perfect. Our process has been deliberate, intentional and collaborative with the PA, our teams, public-health and medical experts and government officials.

“Yet we can’t sit on the sidelines indefinitely and we must adapt. After careful consideration and a series of incremental steps, we believe we have developed a safe and responsible plan to restart the season.”

Silver also pointed out factors from the 113-page health and safety protocol document that are designed to prevent the spread of the virus, including the use of a single site, no fans, mandatory mask-wearing, aggressive daily testing, contract tracing and a quarantine process.

NBPA executive director Michele Roberts said they wouldn’t be restarting if they didn’t find a way to mitigate COVID-19 as much as possible while keeping players safe.

Earlier on Friday, the league and NBPA announced they had formally finalized their plans to restart the season with the goal of crowning a champion in October.

“We ultimately believe it will be safer on our campus than outside it,” Silver said. “But the signal we are sending is this is definitely not business as usual. This is far from an ideal way to finish our season, and it will require tremendous sacrifices from all those involved.”

The announcement was made as COVID-19 numbers rise in Florida and Orange County, and as the NBA and NBPA said 16 of 302 NBA players tested positive for the virus earlier in the week.

On Thursday, 8,933 people tested positive for the first time and 14.74% of all tests were positive, according to the Florida Department of Health.

In Orange County, 1,051 first-time positive tests were recorded on Thursday with a positive rate of 17.9%.

While concerned, the league and players were not deterred.

“The level of concern has increased not just because of the increased level in Florida but throughout the country,” Silver said. “Of course, we designed our campus, in essence, to isolate ourselves from whatever the level of cases was in the surrounding community.”

While players, team, NBA staffers and media personnel will remain inside the campus limits, Disney food and hotel employees will be in and out of the campus. Silver said the league and NBPA are working with Disney to provide testing for some Disney employees who could be in the same room as players or other essential staffers.

Still, questions remained unanswered, including the exact circumstances that would force the league to shut down operations.

What if there is a significant outbreak or several players from one team test positive?

“We haven’t worked through every scenario,” Silver said. “But the notion would be that if we had a single player test positive, frankly whether that player was an All-Star or a journeyman, that player would then go into quarantine. We would then be tracking players or other personnel that player had been in contact with … and we would continue. That team would be down a man, and we would treat that positive test as we would an injury during the season. We would not delay the continuation of the playoffs.

“If we were to have significant spread of coronavirus through our community, that ultimately might lead us to stopping. But we’re working with closely with the players association, Disney and public-health officials in Florida as to what that line should be. It hasn’t been precisely designed. We want to get down on the ground and see how our testing is working and the how protocols are working and we’ll make decisions as we go.”