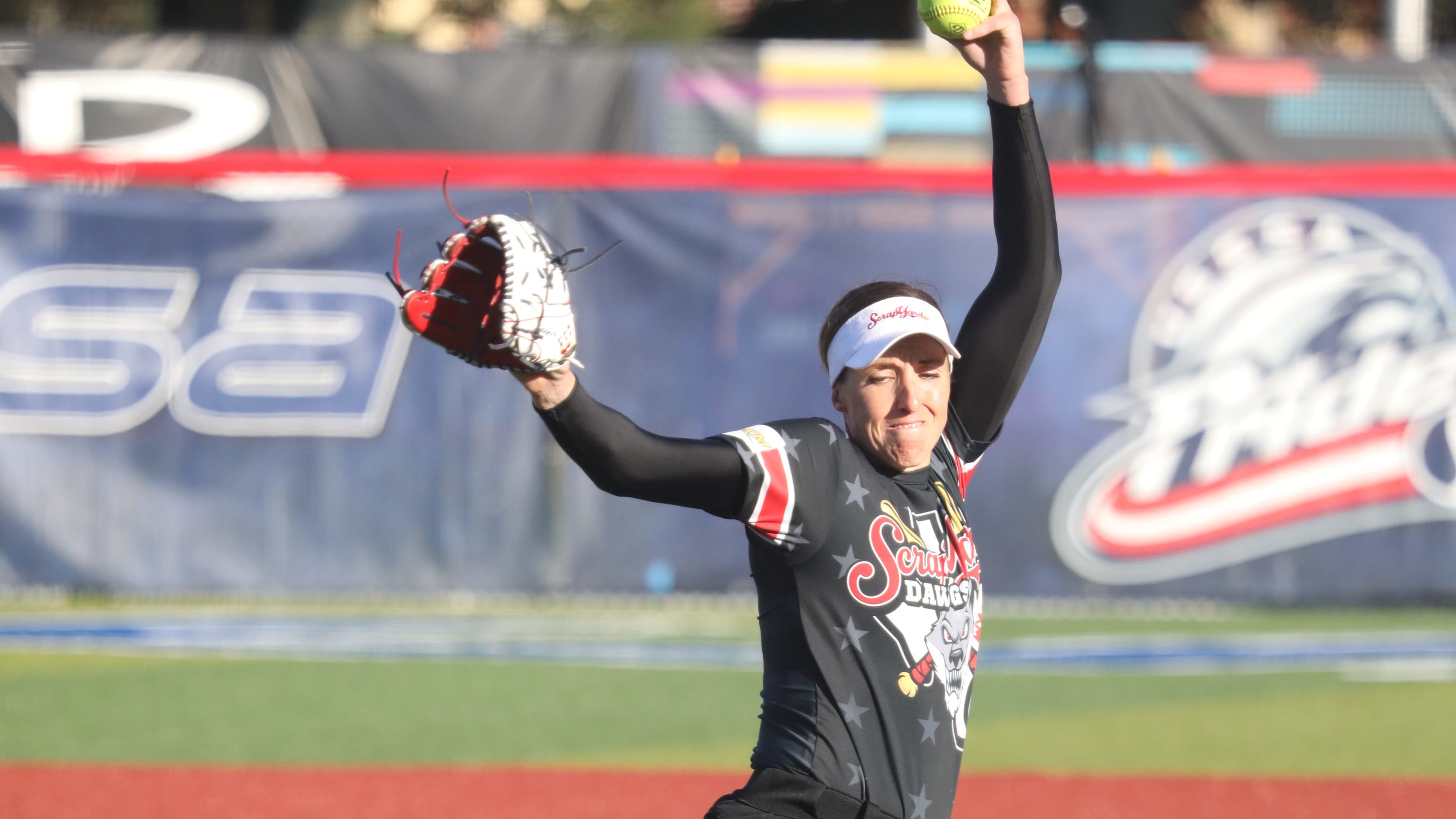 The return of pro softball Monday night in Viera, Florida, marked the comeback of the first pro sports teams to play a game since the COVID-19 shutdown.

Five days after a general manager’s tweet and a subsequent team mutiny rocked a professional softball team, those players will return to the field — albeit rebranded — Saturday night at the USSSA Space Coast Complex in Viera, Florida to face the USSSA Pride.

Athletes who disenfranchised themselves from the former Scrap Yard Dawgs of Conroe, Texas, will play as “This Is Us.” The team includes 11 members of Team USA, which will compete in the 2021 Tokyo Olympics.

Tickets for the 6 p.m. game, featuring perhaps the best two professional squads in the world, can be purchased online at etix.com. Tickets are $10 for adults, $7 for seniors and $5 for children. Gates open at 5 p.m.

“This Is Us” began appearing on players’ Twitter handles Thursday and likely those words will appear on the players’ jerseys Saturday night.

Veteran pitcher/outfielder Ally Carda’s message was clear and concise: “This Is Us. We want to continue to play, but MOST IMPORTANTLY, we WANT CHANGE. We will stand up for what we believe in. And I wholeheartedly believe in Us. It is time for change and empowerment. And we are here to make that happen in our softball community.”

This Is Us. We want to continue to play, but MOST IMPORTANTLY, we WANT CHANGE. We will stand up for what we believe in. And I wholeheartedly believe in Us. It is time for change and empowerment. And we are here to make that happen in our softball community. pic.twitter.com/dqYqQLKsTS

The controversy stemmed from Monday night’s game, when Dawgs general manager Connie May put out a tweet tagging President Donald Trump, showing all players were standing for the national anthem. Trump has repeatedly criticized players and organizations who allow those to kneel during the anthem, calling it “disrespecting our country and our flag.”

Former NFL quarterback Colin Kaepernick knelt during the anthem before games in 2016, calling for a halt to racial injustice, economic oppression and police brutality. The protest was picked up by athletes across sports.

Players from the USSSA Pride, left, and the Houston Scrap Yard Dawgs get ready to stand for the National Anthem before Monday’s softball game in Viera, Florida. (Photo: Hillard Grossman/FLORIDA TODAY)

Veteran Olympic pitcher Cat Osterman said players on the Dawgs quit on the spot in the locker room following Monday night’s 4-0 loss to the Pride after confronting May.

According to one report, players spent an hour discussing the issue.

Before midnight, the 17 players, getting support from the coaching staff, cleared out the locker room of all their belongings, Carda told FLORIDA TODAY.

“The more we talked about it, the angrier I got, and I finally just said, ‘I’m done, I’m not going to wear this jersey,’ ” Osterman told the New York Times. “We were used as pawns in a political post, and that’s not OK.”

The players were supported in their decision by the coaching staff and by the USSSA Pride, which was opening their summer schedule as an independent softball club with a seven-game series. Since then, three games were canceled. There was no word if Sunday’s noon game will be played. 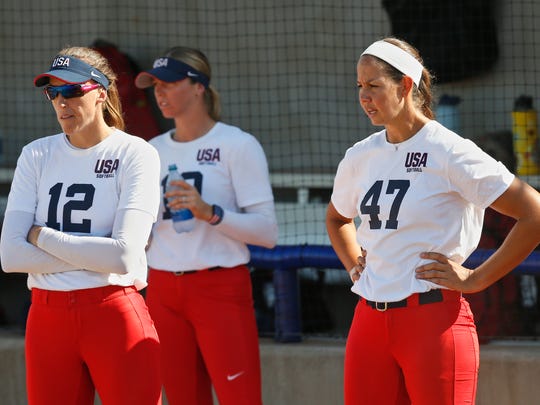 Fans who called in to FLORIDA TODAY reacting to the story which has since gained national attention, were divided in their comments. Some loved what the players were doing, even though it likely will cost them money; others were disappointed and “would never go back” to watch a game; and yet others could not see why this issue was major: “They’re just softball players, for crying out loud,” one reader said.

Among the players on “This Is Us” is Monica Abbott, who pitched three scoreless innings Monday night in what was the first pro sports team game in the U.S. since the coronavirus pandemic shut down most sports in early March.