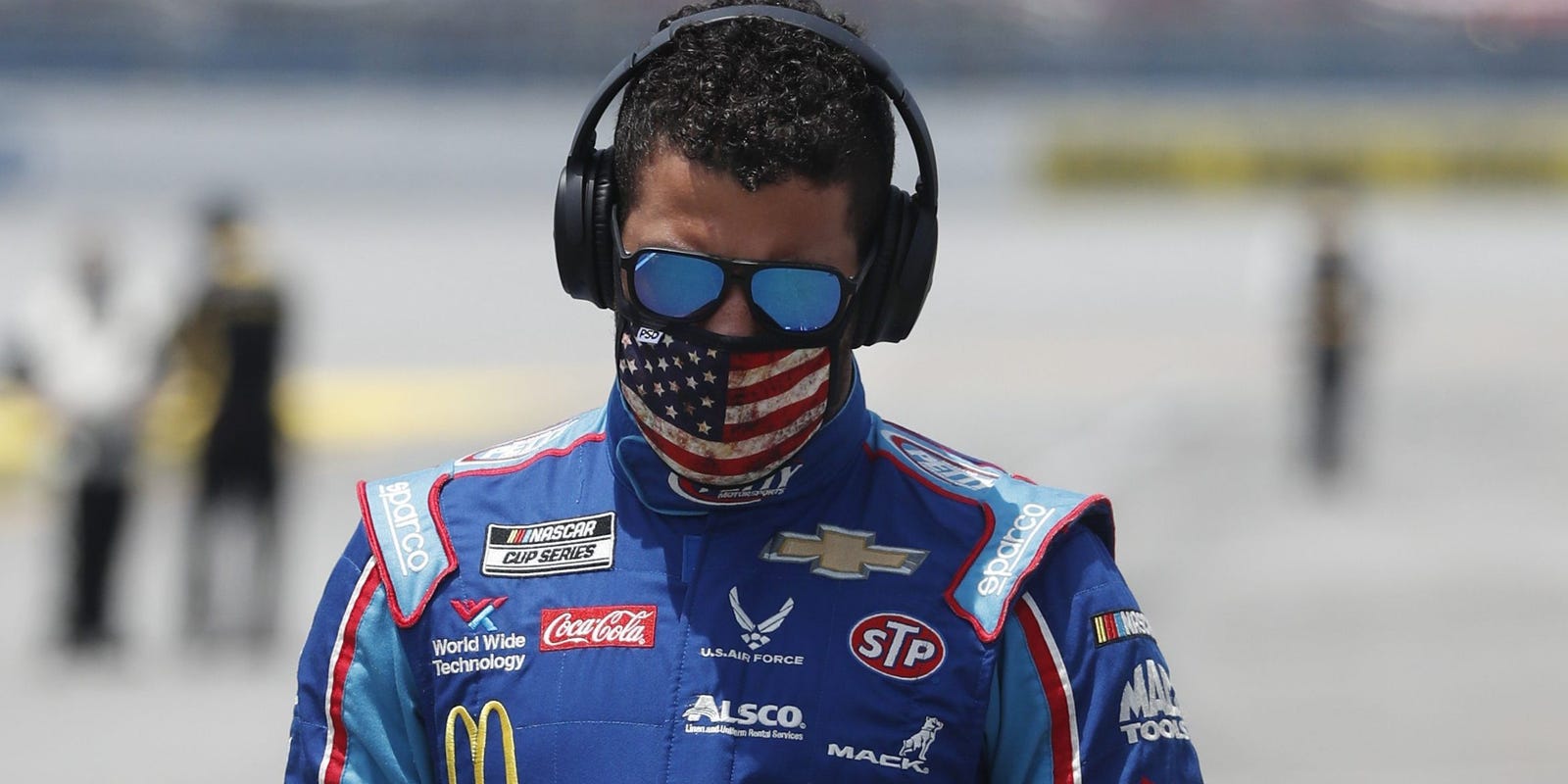 The emotions. The media attention. The encouragement and the vitriol. It’s been a long week for NASCAR’s No. 43 car driver. He’s ready for it to be over.

“Part of my emotion today is one, being wore the hell out,” he said on a Zoom call Friday. “Two, is being a little frustrated. Three, is finally seeing the light at the end of the tunnel.”

On Sunday, NASCAR released a statement believing Wallace, the only Black driver in the Cup Series, to be the victim of a hate crime; a garage pull tied in a noose was found in Wallace’s stall at Talladega Superspeedway. This came after Wallace was the sport’s leading voice in its ban of the Confederate flag in an effort to provide a more welcoming atmosphere. A subsequent FBI investigation determined that the noose had been there since at least October 2019, meaning Wallace hadn’t been targeted.

But NASCAR’s unified response led to the uplifting image from Monday of the all drivers and crews standing in solidarity with Wallace, a moment that moved him to tears. The emotions have remained high.

“Athletes are put on a pedestal,” Wallace said. “There’s not a manual, there’s not a guidebook to tell you how to handle yourself off the course, off the racetrack, off the fields. It’s all something you learn and you go through the trials and tribulations of growth in those incidents. And I think that’s what makes you tougher.

“You just got to be mentally strong. Where I’ve gotten my strength from, couldn’t tell ya. Because I do read into it and I do get pissed off.”

Part of what has allowed him to feel freer in speaking his mind, Wallace said, was his lack of concern regarding how corporate sponsors would react.

“I say this with the utmost respect,” he said. “Ever since I’ve been speaking out I haven’t been thinking about my sponsors. I’ve been thinking about being a human being and standing up for what’s right. I hope that sponsors would back me up on that. We’ve had some sponsors drop out this year that, quite frankly, I’m glad we’re not a part of anymore.”

Wallace said he wants to refocus the conversations surrounding him to his efforts on and off the track. He’ll be pushing his message of love and compassion to bring in a more diverse group of fans who hadn’t previously considered racing.

“Let’s get away from what happened at Talladega. Let’s move on from that, put it to bed,” Wallace said.

“As much as its tough for me balancing human being side and racing side, it’s part of it. I accepted that. But we’ll just continue to move on.”