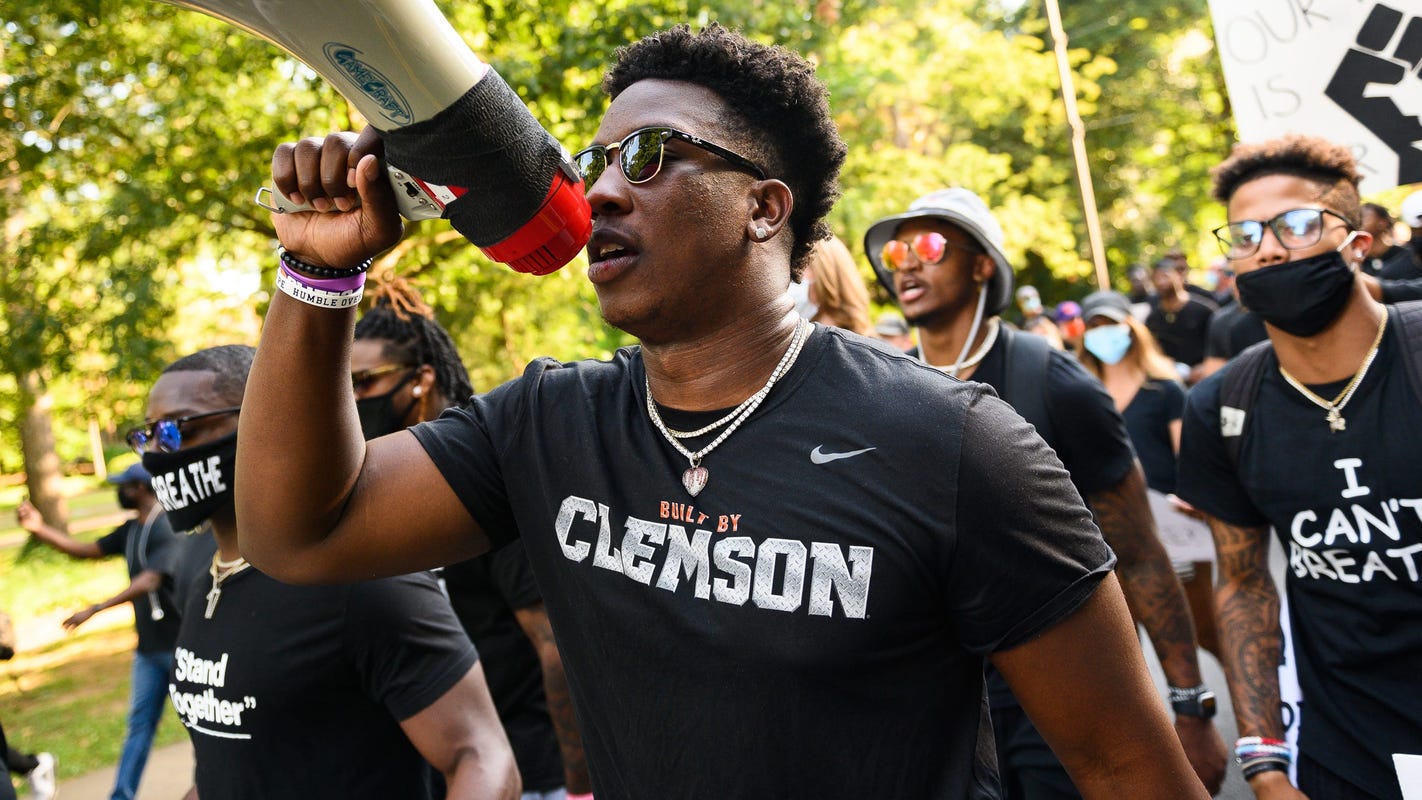 Although nearly one out of every five players on Clemson’s football roster has tested positive for the coronavirus, the university doesn’t believe that a recent demonstration organized by members of the team is to blame.

All 120 players on the Tigers’ football roster have been tested, with 23, or 19.2%, testing positive as of Thursday.

“There’s not a prevailing theory on it,” Clemson athletic department spokesperson Jeff Kallin said. “Is there a ground zero? No, not that we’re aware of. There were approximately 2,900 people at the demonstration that weren’t Clemson student-athletes, so it’s hard to know for sure.”

The June 13 demonstration, which was planned as a call for racial equality, attracted an estimated 3,000 people and was open to everyone. The demonstration began at Bowman Field on campus and featured football players Darien Rencher, Trevor Lawrence, Mike Jones Jr. and Cornell Powell, who helped organize the event and took turns addressing the crowd.

Clemson’s campus was reopened June 8 to athletes and some athletic staff members, who were immediately given physicals and tested for COVID-19. Those tested were subjected to a seven-day quarantine, and the school’s sports medicine staff has since tested “anyone who is symptomatic,” Kallin said.

A total of 315 athletes and athletic department staff members had been tested as of Thursday, with 28 total positive tests – an infection rate of 8.8%.

“They have been relatively mild cases – none of them have required hospitalization,” Kallin said.

If someone tests positive, they are quarantined, monitored and provided meals for at least 10 days, the last three of which must be symptom-free.