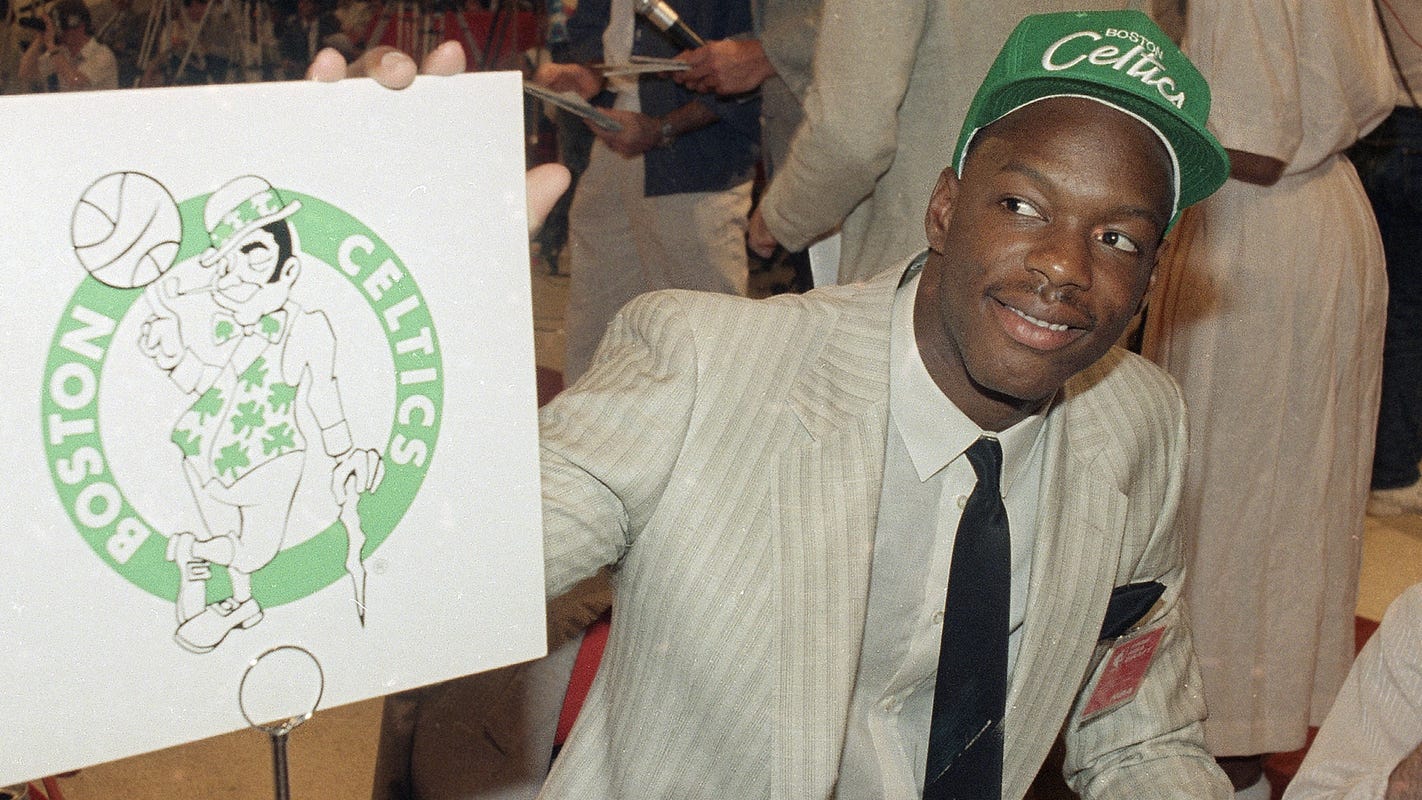 While doing research on Michael Jordan’s “The Last Dance,” I came across a photo that sidetracked my progress.

It was a photo of North Carolina Tar Heels Jordan guarding Maryland Terrapins Len Bias – a matchup many thought would extend into the NBA for at least a decade.

That never happened. Boston selected Bias with the No. 2 pick in the 1986 draft and not even two full days later, Bias was dead from cocaine intoxication, collapsing in a Maryland dorm room while partying with friends. He was 22 years old.

For me, it was a “remember where you were” moment. I learned it from AM radio – today it would have trended on Twitter – in the parking lot of my high school just as our summer league basketball team took off for a game at Detroit’s famous St. Cecilia’s Gym. Bias’ brother, Jay, was also 16 and playing summer league ball in hoops-rich Prince Georges County, Maryland, that month.

Bias’ story represents one of the saddest “what ifs” in sports history. What if Bias had not died and instead had a long NBA career? Not saying he would have been better than Michael Jordan. But let Jay Bilas, who played against Bias, have a word.

“He was superman in a basketball uniform,” Bilas said on a recent ESPN retrospective on Bias. “He was an extraordinary player. I believed he was headed toward Naismith Basketball Hall of Fame status. He would have been, had he played in the NBA, a perennial All-Star and would have been a challenger – I’m not saying he would’ve been as good as Jordan – but he would’ve been a challenger.”

Bias had explosive quickness and leaping ability, finished at the rim with power and possessed a jump shot with touch that would have improved in the NBA.

He is one of 10 players to win multiple ACC player of the year awards; is the only player to average 25 points and 10 rebounds in the NCAA tournament since seeding began in 1979, according to ESPN and Bias – not Jordan – was named the 1984 ACC Tournament MVP.

Bias was destined for stardom in the NBA and for one of the league’s best franchises. In hindsight, the Celtics’ championship era of that time was over when they drafted Bias. The Celtics lost in the 1986 and 1987 Finals to the Los Angeles Lakers, then were pushed aside by the Detroit Pistons and Chicago Bulls in the following seasons as the Celtics aged.

But Bias would have made the Celtics younger and could have and likely would have altered that power structure to some degree. He was that good. Maybe he prevents the Lakers, Pistons and Bulls from winning more titles. Maybe the 1987 Celtics beat the Lakers in the Finals.

As Bird suggested, those are cruel what-ifs.

That 1986 draft class had its troubles. No. 3 pick Chris Washburn entered a drug rehabilitation center in 1987 and received a lifetime ban from the NBA after failing three drug tests. No. 6 pick William Bedford’s drug problems thwarted his NBA career, and No. 7 pick Roy Tarpley received a lifetime ban for violating the league’s anti-drug and alcohol policy.

And for the Bias family, tragedy struck again in 1990 when Jay Bias was shot and killed. As dark and painful as those tragedies were, their mom, Lonise Bias, tried to make sure their deaths were not in vain. She became a motivational speaker and life coach, preaching a message of “hope, courage and endurance.”

Watch what Len Bias did on the basketball court: