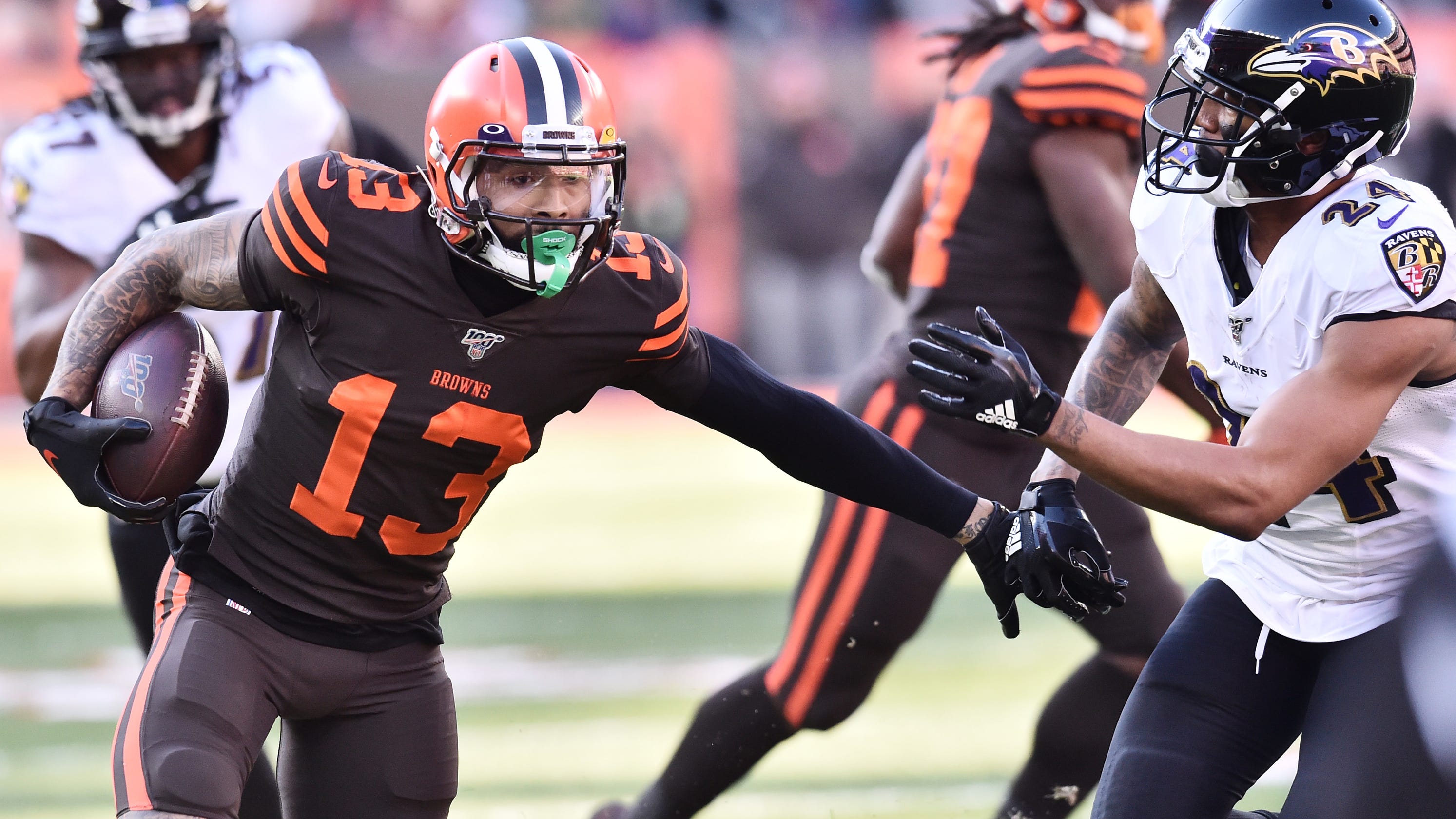 Stefanski was upbeat about the progress made by five-time Pro Bowl receiver Jarvis Landry, who changed his mind and elected to get hip surgery on Feb. 4.

“Jarvis, to his credit, he’s looking great, some of the videos I’ve seen of him moving around,” Stefanski said as the Browns wrapped up their 10-week virtual offseason program.

HC Kevin Stefanski with an offseason surgery update for @obj and @God_Son80: pic.twitter.com/wjUeEOHGiC

As for how the receivers will be used in training camp, Stefanski said, “We’ll make sure we ramp both of them up appropriately.”

Rookies, quarterbacks and injured players are scheduled to report to camp on July 24, Stefanski said, with veterans reporting on July 28. Those dates could be subject to change due to the coronavirus pandemic.

2020 NFL RECORD PROJECTIONS: How will your favorite team fare this season?

Stefanski said he talked to Baker Mayfield on Thursday morning and the third-year quarterback is “rarin’ to go.”

“I’ve been very impressed with the work he’s put in. He’s all ears. He’s taking it all in. [Offensive coordinator] Alex Van Pelt and the coaching staff are really giving him a lot and I don’t see any limitations with Baker,” Stefanski said. “He’s done a really nice job.”

One of Stefanski’s challenges this season will be how to effectively use running backs Nick Chubb, second in the league in 2019 with 1,494 yards, and Kareem Hunt, the 2017 rushing leader with 1,327 yards as a Kansas City Chiefs rookie.

Asked if he has discussed an ideal division of carries with his assistants, Stefanski joked, “I am concerned that you may have a hidden camera or a bug in here because I actually went over that with the offensive staff this morning, just talking about carries, touches and what that looks like. It is definitely on our mind.”

Asked if he would divulge the current scenario for Chubb and Hunt, he said, “No, I will keep that on my whiteboard.”

Stefanski said each week will call for a different game plan, which will also affect the workload of his receivers and tight ends.

“I think we are fortunate enough to have players at each of those levels that can affect the game,” Stefanski said. “But it is definitely on our mind of how you divvy that pie up and how you design plays. That is definitely something we are talking about.”