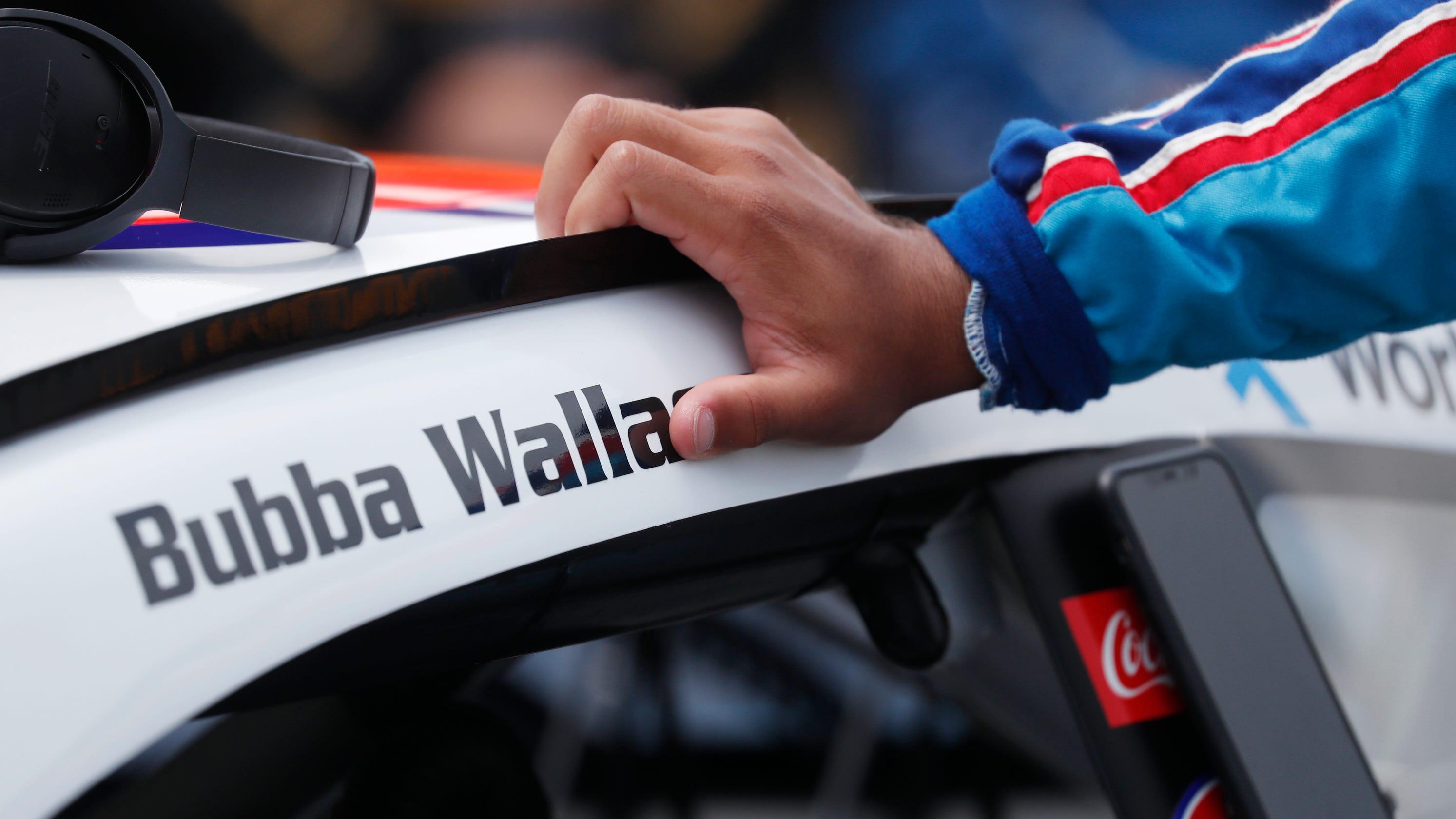 NASCAR’s road ahead after noose probe anything but straightforward

NASCAR closed one door Thursday, but, in a season marked by difficulty and experimentation, it still faces a houseful of challenges.

The nation’s top stock car racing organization announced that its investigation into a noose found in a Talladega Superspeedway garage has been completed and that the probe produced no definitive conclusions.

There was initial fear that the noose, discovered Sunday afternoon in the garage stall of Black driver Bubba Wallace, was placed there as an act of intimidation. An FBI investigation revealed that the noose had been in the stall since October, meaning it was not directed at Wallace.

More probing by NASCAR produced no evidence about the origins of the noose, and NASCAR president Steve Phelps declared the matter closed during a Thursday press conference.

Bubba Wallace has received abuse but also support after a noose was found in his garage at the Talladega Superspeedway. (Photo: John Bazemore, AP)

Remaining open, however, are questions about the lingering impacts of Wallace’s difficult week and NASCAR’s decision to ban Confederate flags from its speedways and other properties.

The way ahead looks like miles of hard road as NASCAR deals with the aftermath of Talladega, a jumbled schedule colored by the coronavirus and grandstands still largely empty because of attendance prohibitions.

The Talladega weekend made clear the tough time NASCAR will have trying to unravel the strong ties it has had to the Confederate flag, once so revered in the sport that it decorated souvenir program covers, speedway signage and dozens of photographs of drivers smiling in victory lane.

The move away from the flag has been celebrated in most corners, but, for some, “old times there are not forgotten.” Protests against the flag ban at Talladega included a long and loud vehicle parade by rebel flag wavers on a nearby highway and a flyover unlike any other in NASCAR history – a small plane carrying a banner with a Confederate flag and the words “Defund NASCAR.”

Since the June 10 announcement of the flag ban, which was suggested by Wallace, social media and NASCAR airwaves have been ablaze with words of protest, with many fans proclaiming NASCAR will see no more of their dollars.

“We are not going to back off of that policy,” Phelps said Thursday. “We have made the statement, and we’re going to follow through to its fullest. Ultimately, when we get back to full grandstands, everyone who walks through the gates or on to our property or one of our tracks where our races are being held will understand that they will not see the Confederate flag.”

A troubling leftover from the noose incident is that it was not reported during October’s NASCAR stop at the track, nor did it create any notice until NASCAR was informed of its presence by a crewman Sunday.

Phelps said additional cameras will be placed in garage areas in an effort to spot problems earlier. And, he said, there will be “complete sensitivity and unconscious bias training” for “all members of our industry,” responding to the notion that the noose should have elicited complaints sooner.

The controversy surrounding the flag in general and the Talladega noose incident in particular has produced a wild cast of characters.

The Sons of Confederate Veterans claimed responsibility for the “Defund NASCAR” banner and indicated that it stirred enough attention to be used at future events. Former Major League Baseball player Curt Schilling chimed in, calling the Wallace situation “all a lie.” And nationally broadcast television programs that rarely give auto racing any sort of mention have lined up to interview Wallace, who is likely to remain a central figure in the sport for months to come.

Phelps had an definitive reaction Thursday to those who remain convinced the noose incident was a hoax.

“I do think anyone who would suggest that this was a hoax or manufactured (is) personally offensive,” he said. “I don’t know how people frankly think that way, and I’m not going to try to, but I would say of all those things that’s probably the most offensive to me.”

Praise and criticism have been very evident on social media and on SiriusXM radio network call-in shows devoted to NASCAR.

Pete Pistone, long-time co-host of a NASCAR morning show on SiriusXM, said he and other hosts have dealt with “full phone banks” since NASCAR’s decision to ban the Confederate flag.

“Like anything else, the fan base is split,” Pistone said. “There are people who understand the situation and are feeling good about the unity the sport has shown. Then with what we found out about the investigation, there’s the other side that feels like it was a hoax or publicity stunt.

“From here, you’re going to have people feeling like NASCAR is taking steps in the right direction to make people feel included, but there are long-time fans who feel like this is not their sport anymore and that they’ve been targeted for something they feel they’re not.”

Fox Sports broadcaster Mike Joy, who has been involved in various forms of motorsports for decades, said the future should involve more emphasis on spreading the NASCAR story into all corners of society.

“I think NASCAR now needs to strengthen their message of diversity, inclusion and welcome and try to step away from the Talladega garage and what happened Monday,” Joy said. “That incident was a catalyst. Everybody learned from it. Let’s move on.”

If racing is part of the cure for the angst of the past several days, this weekend offers much. As part of a scheduling plan put in place before the coronavirus jumbled everything, two Cup races are scheduled at Pocono (Pa.) Raceway this weekend – one Saturday and one Sunday.

These are unusual times.