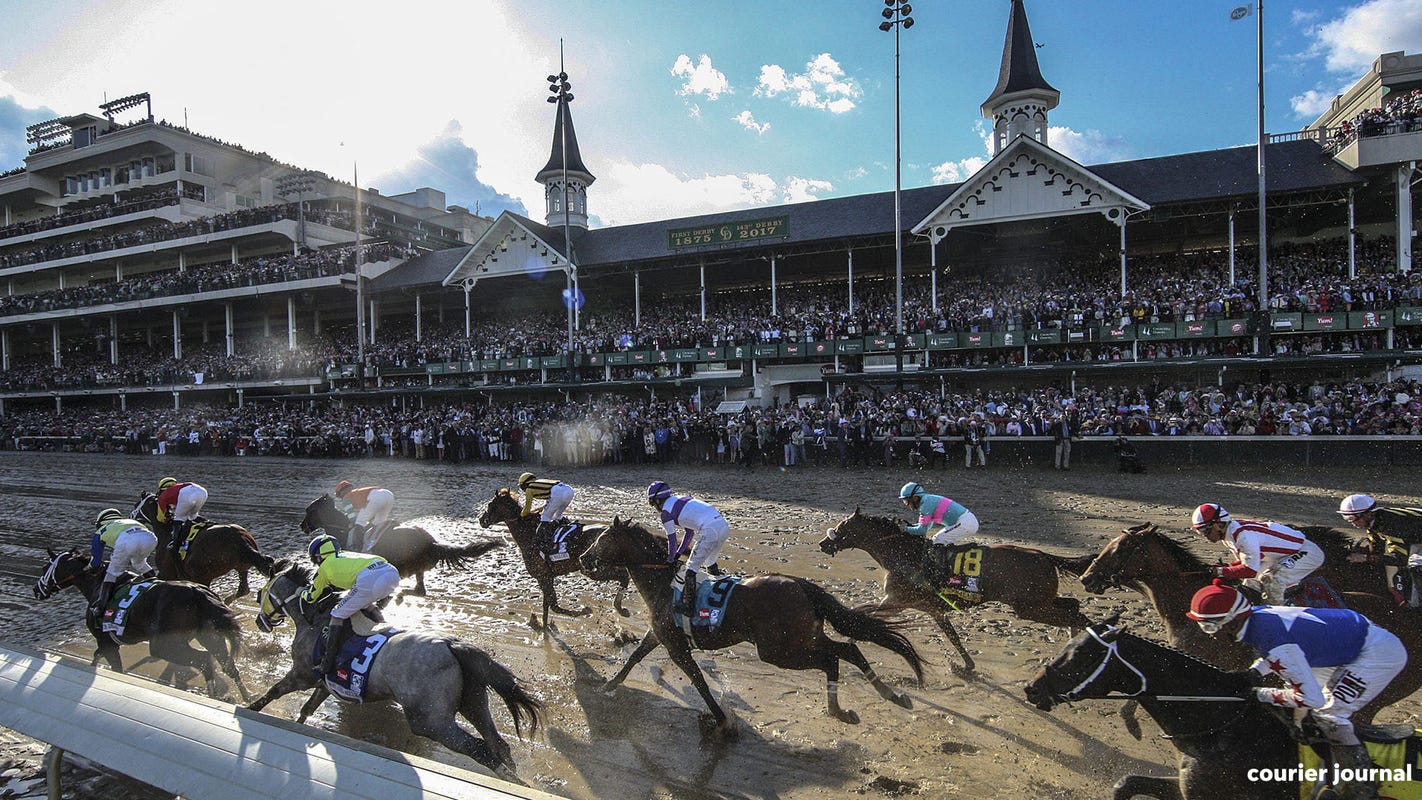 Kentucky Derby 2020 will run with fans even amid coronavirus pandemic

There were doubts about the Kentucky Derby. There were those who wondered if America’s most famous horse race was sturdy enough to withstand a global pandemic; whether social distancing demands would force the cancellation of the 146th Run for the Roses or cause it to be contested in front of an empty grandstand.

False alarm, it turns out. You’d have an easier time stopping a tidal wave with a tissue.

Thursday’s announcement that the Sept. 5 Derby will be run with as-yet unspecified “venue capacity reductions” should have come as no surprise. Though COVID-19 has cost us March Madness, the College World Series and Wimbledon this year, the Kentucky Derby endures, delayed but not defeated.

Churchill Downs President Matt Winn set the track’s damn-the-torpedoes tone in 1943, with his wartime declaration that, “The Kentucky Derby will be run, even if there are only two horses in the race and only two people in the stands.”

At the time, the federal government had taken a two-pronged approach to discouraging the race. The office of defense transportation’s Joseph Eastman said, “It would be better from a transportation standpoint if the Kentucky Derby were not run this year.” William Jeffers, the national rubber administrator, forbade race meets at tracks accessible mainly by automobiles in the interests of tire conservation.

The horses head up the front stretch at Churchill Downs for the 143rd running of The Kentucky Derby. The winner was Always Dreaming. May 6, 2017 (Photo: Courier Journal)

The 2020 Derby will be run four months behind schedule, 11 weeks after last Saturday’s Belmont Stakes, and probably with only about one-third of the 150,729 who attended last year’s historic disqualification of first-place finisher Maximum Security. Yet though reduced, rescheduled and out of its accustomed order among thoroughbred racing’s 3-year-old classics, the Derby remains a hallowed tradition, the signature event of its sport and Kentucky’s equine economic engine.

It’s the Keith Richards of racing: iconic and seemingly indestructible.

Conscious that variables far outnumber certainties at this point, and that a second wave of the coronavirus could profoundly change his plans, track president Kevin Flanery declined to provide a precise crowd projection while addressing the media Thursday morning. The plan approved by Gov. Andy Beshear’s office will restrict holders of general admission tickets to the track’s 26-acre infield and impose density limits on reserved seating and suites.

“We’ve tried to be nimble, and we will continue to be nimble,” Flanery said. “We will adjust to the facts as they are in the moment, but we have to make plans. We have to look forward and say what we want to accomplish in two months (and) how do we bring people to the track safe and effectively.”

According to the track’s statement, spectators will be “consistently and frequently encouraged” to wear a mask at all times unless seated; to maintain social distance and to wash or sanitize their hands frequently. Mobility throughout the venue will be limited. Backside barn access will be limited to essential personnel.

The closest the Derby has come to cancellation was in 1945, when horse racing was briefly banned before the end of the war in Europe. The first Saturday in May fell on May 5 that year. V-E Day was May 8.

Shortly after the ban was lifted, a hastily arranged Derby was held on June 9. There were 16 horses in the race and 65,000 people on the premises.

There may not be as many people in attendance when Tiz the Law tries to build on his Belmont victory. But the show will go on. Be sure of that.