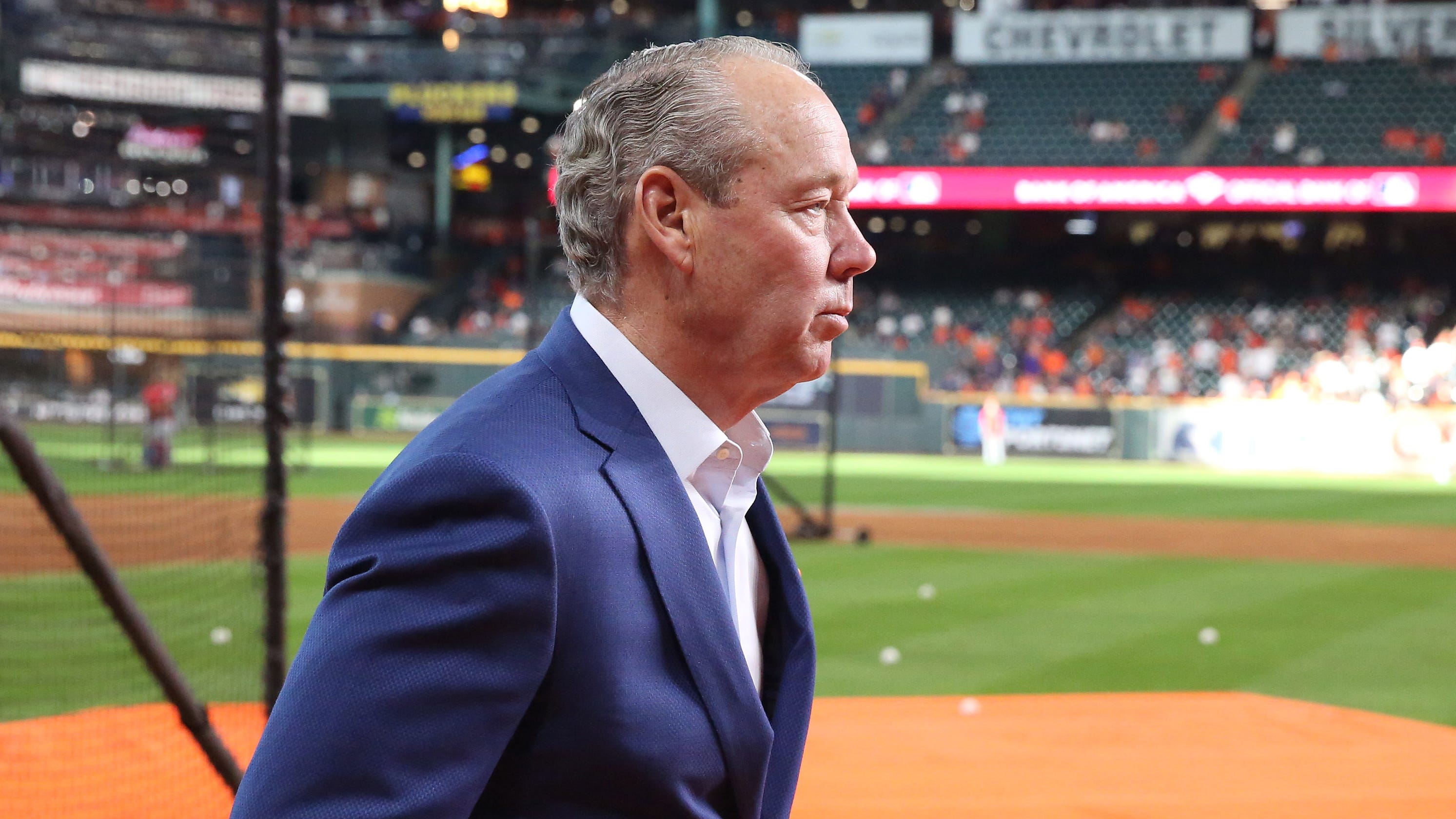 Astros’ Jim Crane reminds us how awful the organization is

In these times of uncertainty and upheaval, it’s nice to know there’s one thing that doesn’t change.

The Houston Astros remain the worst team in Major League Baseball. Maybe all of professional sports, though Daniel Snyder and his franchise with the racist nickname are hard to beat.

As health officials in Houston warned they’re running out of ER space because of a surge in COVID-19 cases and the governor of Texas urged residents to stay home, Astros owner Jim Crane proclaimed Wednesday that he’s going to put butts in the seats and sell all the beer and T-shirts he can. Why?

Because this pandemic-delayed season is going to cost him and his fellow team owners many millions in revenue.

“The only thing we have that can counter that is to get some people into the building and sell some tickets and merchandise and some cold beer,” Crane said, “or whatever they let us have.”

Now, Crane was not the only team executive to say he wants to have fans on handwhen baseball returns late next month. Boston Red Sox president and CEO Sam Kennedy expressed a similar hope, as did Minnesota Twins president Dave St. Peter. The Chicago Cubs are exploring whether it’s possible to open the rooftops across the streets from the outfield at Wrigley Field.

But Crane was the only one to be so nakedly craven about it. And given the worsening health crisis in Houston, his comments came off as particularly callous.

Texas Gov. Greg Abbott hit pause Thursday on any further reopening measures, saying the state was facing a “massive outbreak” of the novel coronavirus. In Houston alone, nearly 1,000 new cases were reported Wednesday, and the case load is about 1.3 times what it was a week ago, according to the Texas Medical Center.

Seems like a great time to encourage people to leave their homes and come to a ballgame!

And it’s not just the fans Crane is expecting to put their health and safety on the line. That merchandise and beer isn’t going to sell itself, and fans aren’t going to let themselves in to Minute Maid Park. Crane’s greed would put dozens and dozens of workers at risk.

It also should be noted that this newfound love and appreciation for the fans only surfaced after contentions negotiations with the players were finished. Negotiations that left players without a share of regular-season revenues.

The pandemic has created hardships for everyone, yes, and MLB owners have claimed they will lose $3 billion if the shortened season is played without fans. But it’s not as if Crane is in need of a GoFundMe campaign.

But shamelessly putting profits over fans’ health is yet another example of the narcissistic and boorish behavior that is becoming the Astros’ trademark.

Their World Series title from 2017 has a large asterisk attached to it because of a sign-stealing scheme that got two executives suspended and managers from not one, not two, but three different teams fired.

The frat-boy culture was so engrained that an assistant general manager felt no qualms in taunting female reporters after the AL Championship Series with his praise of a pitcher suspended for domestic abuse, and the team had the nerve to brand the Sports Illustrated reporter who disclosed the incident a liar.

When other reporters confirmed the SI reporter’s story, the Astros remained defiant, issuing a non-apology apology.

All of this was largely forgotten amidst the pandemic. Even the outrage by fans in Los Angeles and elsewhere had been muted. But Crane just had to remind everyone why his franchise is so detested outside its home city.

Of course baseball owners want fans back, they need them. But there’s a time and a place, and Crane’s disregard for the bigger picture is offensive. As the Houston Astros so often are.