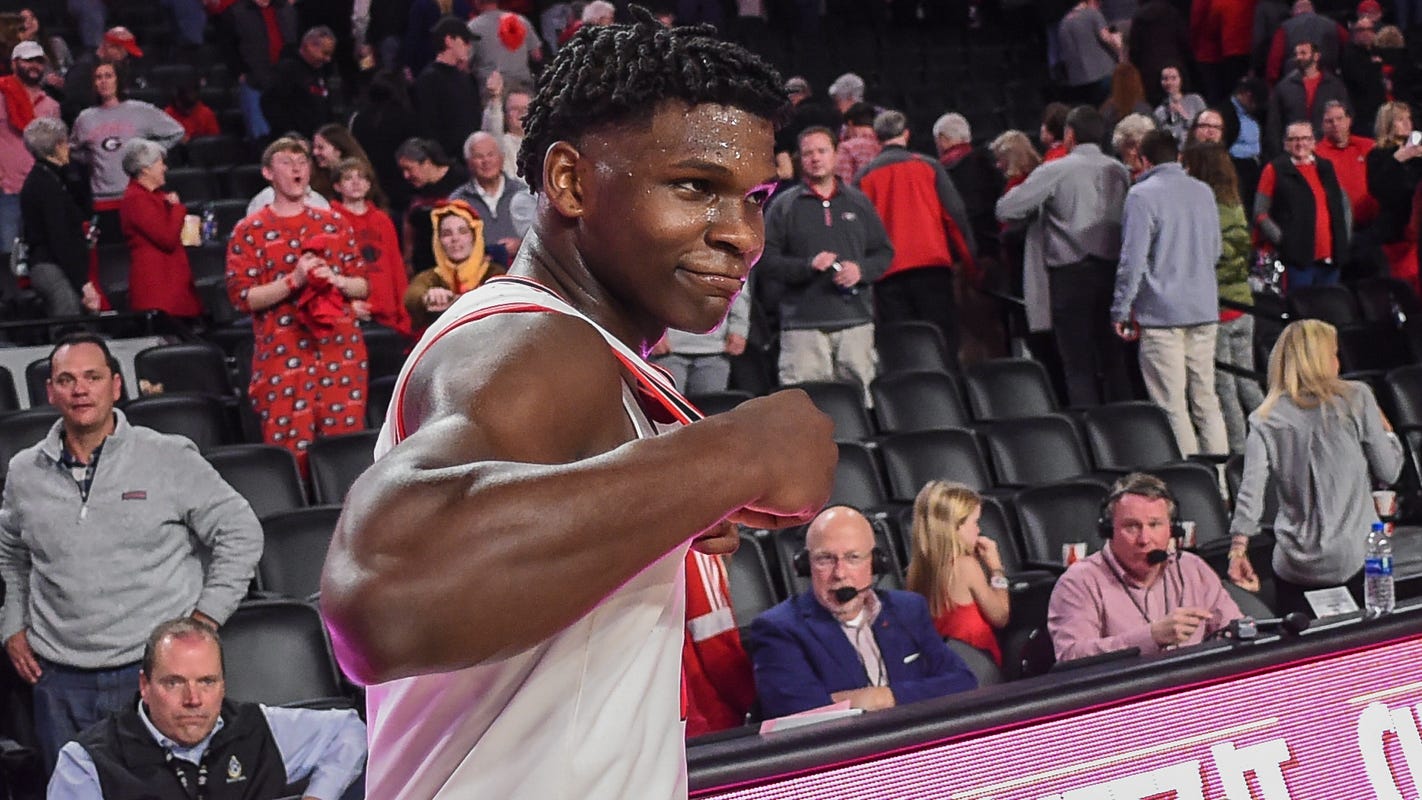 The NBA draft was scheduled for Thursday night. But we know how COVID-19 has altered life, including the NBA schedule.

But that doesn’t mean teams have stopped preparing for the draft, which is now Oct. 16.

The NBA canceled its annual May draft combine in Chicago, a place where NBA executives and scouts gather to watch and interview potential prospects.

There was talk of trying to hold a mini-draft combine at the ESPN Wide World of Sports Complex near Orlando, Florida where 22 games will gather for the season re-start next month. But logistics make that scenario unlikely.

Also, teams have had to skip workouts and interviews at their facilities, and large agencies that represent players are not able to hold sessions for execs to watch players workout.

The lack of in-person access has made it difficult for teams to prepare for the draft. One bright spot: teams, who have been interviewing players via Zoom, have plenty of time to scout players on video, leading some front office executives to believe they have less chance of making a mistake in the draft.

Here is USA TODAY Sports’ NBA mock draft 2.0 based on observations and conversations with scouts and executives:

Edwards is an explosive scorer with immediate All-Star ability and two-way upside, making him the front-runner to hear his name called first. In a game against Michigan State, he put up 33 points in one half. Edwards’ stat line — 19.1 points per game, 5.2 rebounds — doesn’t do him justice.

Had he not had his career with the Tigers cut short, Wiseman would have been a national player of the year finalist, averaging around 20 points and 10 rebounds for a then-top 15 team. The athletic big man left the team in December halfway through an NCAA suspension.

At 22, Toppin is older than most of his counterparts so he might be close to his ceiling. But what’s important: how his high motor and highlight-reel dunking translate at the next level. USA TODAY Sports’ national college basketball player of the year can do a mix of everything, including stepping out on the perimeter and mastering pick and rolls.

Ball only played 12 games in Australia’s National Basketball League, but it was enough to entice a plethora of NBA scouts and rewrite the narrative his father had written poorly. He has a quick-trigger jumper that still needs more accuracy but his floor vision is on par with his brother, Lonzo.

Okongwu averaged 16.2 points and 8.6 rebounds for the Trojans in 2019-20, showing prowess on the glass and low block. His production and rim protection will be hard to pass up.

Hayes is a dynamic and crafty playmaker from France who greatly evolved during his pro season in the top league in Germany in 2019-20.

An elite perimeter defender at the college level, Okoro is far from a finished product. He has an explosive first step and could blossom better at the pro level.

No longer a sleeper on draft boards, the overseas prospect with great size can play multiple positions and his versatility should intrigue several of the lottery teams.

VINSANTY: Carter inspired on and off the court

The Tar Heels had an unexpectedly horrific campaign and Anthony’s knee injury played a major part. His lone NCAA season provided enough of a sample size of his tenacity and unique poise.

Nesmith could blossom into something special soon. He was already considered one of the best 3-point shooters last season (52.2 percent). His season, in which he averaged 23 points, was cut short after 14 games due to a right foot injury.

Vassell was one of the most improved players in all of college basketball, spearheading the Seminoles to their first ACC regular-season title. His game ideally translates as a 3-and-D player in the league.

Achiuwa possesses the strength to thrive well in the NBA, even as a rookie. That will help him on defense and rebounding, but he will need to develop better as an offensive player. He averaged 15.8 points, 10.8 rebounds and 1.9 blocks.

Bey was the Wildcats’ best player with a breakout sophomore campaign, averaging 16.1 points and shooting 45 percent on 3-pointers. He’d be an ideal fit as a role player on any NBA team.

Hampton didn’t benefit from his time in Australia’s top pro league like LaMelo Ball did, and his game would have been better spotlighted in the NCAA. But the tools (length, quickness, agility) are there even if the intangibles (jumper, ball-handling, IQ) aren’t mastered yet.

Williams didn’t start one game and didn’t average double figures for the Seminoles but has potential and the attributes: quick, explosive, strong, athletic. He should be able to defend multiple positions in the NBA. Developing a 3-point shot will help his game.

Maxey (14 points per game) was the key piece on a Wildcats team coach John Calipari felt was a national title contender. His shot needs work but he has gifts that can’t be taught, namely his clutch ability.

Maledon will have plenty of things to work on to adapt to the NBA after playing overseas in France. He needs to bulk up in strength and expand his offensive game, but his defense looks promising.

Green played alongside other talented freshmen at Arizona and established himself with his 3-point shot and ability to find his spots in half-court sets. Really improved from 3-point range in the final month of the season (13-for-27) and could turn into a solid two-way player.

Part of Argentina’s next generation of talent, Bolmaro plays on the wing where he can handle the basketball as a playmaker both for himself and teammates. He also has ability to work hard defensively.

Smith considered leaving after freshmen season but returning gave him a chance to showcase his talent. He rebounds, runs the court, blocks shots and can score. He has good hands and footwork and while he does damage in the low post, he can step out and shoot 3-pointers.

Stewart became a consistent big man with promising potential as a finisher and rim protector. That won’t translate right away in the NBA, but he will blossom in a few years. Stewart is strong and tough to defend in the low post, averaging 16.9 points, 8.5 rebounds and 2.2. blocks.

McDaniels will be a fit in the modern NBA because of his defensive versatility, but he needs to develop as a shooter. He has a strong network to help him adjust to the pros, including his cousin, former NBA star Juwan Howard.

Ramsey’s athleticism and perimeter defense will get him by, initially. He remains unproven, however, as a consistent scorer. He has a nice shot from outside and made 42.6 percent of his 3s.

Pokusevski has intrigue as a 7-footer who can handle the ball, pass and drive to the rim. He’s just 18 and does not have a lot of top-level pro experience in Europe. He needs to work on his shot and get stronger so he can absorb contact but there is a skillset that makes him an appealing NBA prospect.

Another freshman from Arizona, Nnaji possesses solid footwork and a nice touch at the rim in the low post, and he runs the court to get in position offensively. He shot 57 percent from the field and is comfortable at the foul line.

Playing for a mediocre Arizona team without much of a supporting cast, Mannion (14 points and 5.3 assists per game) was bogged down by Pac-12 teams’ scouting reports that focused on him. If he can shoot better in the pros, that’ll add to his playmaking on his solid pick-and-roll game.

The college basketball freshmen of the year and second-team All-American, Carey has the strength, size and great hands, making him difficult to defend in the low post. He’s also a strong rebounder (especially on the offensive glass) and shot blocker.

Jones, whose brother Tyus also played for Duke and now plays for the Memphis Grizzlies, defends, flourishes in the open court, is a willing passer with strong court vision and can score going to the rim. He will need to work on this 3-pointer.