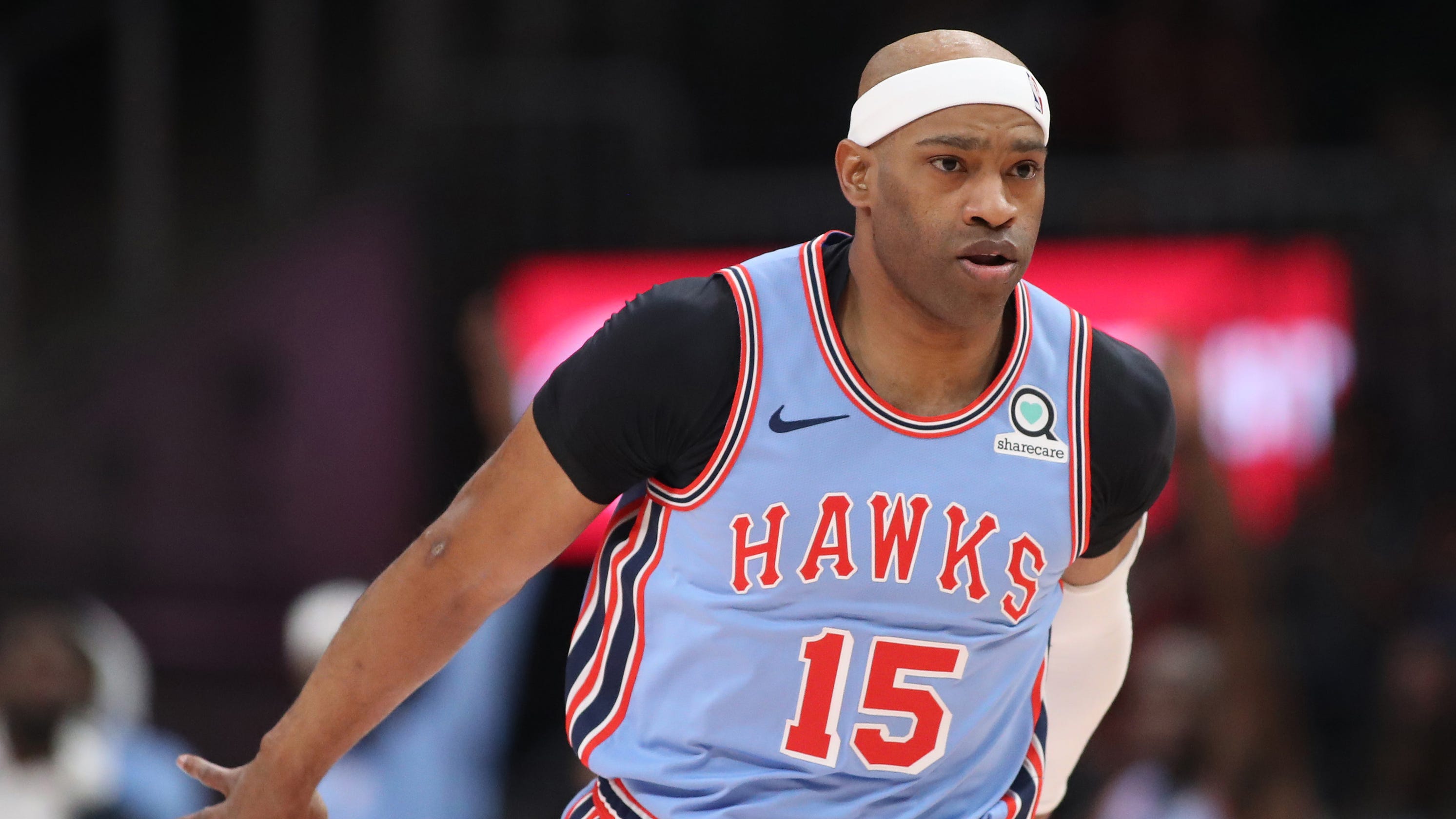 Deep into the United States and Canada. Especially Canada.

On the court and in pop culture.

With iconic dunks in the dunk contest and over poor Frederic Weis.

And with awards and accolades.

Carter on Thursday officially announced his retirement from the NBA. That comes as no surprise. It was known this season with the Atlanta Hawks was his last – the only shame is that the league and teams weren’t able to give him a proper sendoff.

At 43, he was one of the oldest to ever play in an NBA game. He was an eight-time All-Star, two-time All-NBA selection, rookie of the year, dunk contest champ, winner of the prestigious Twyman-Stokes Teammate of the Year award and immortalized in songs by Drake and Roddy Ricch – both referencing Carter putting his arm through the rim in the 2000 dunk contest.

But his lasting and most impressive legacy might be what he did for others intentionally and unintentionally.

Carter’s arrival in Canada in 1998 as a rookie for the Toronto Raptors altered the perception of basketball and the NBA in the country. There was a generation of youngsters who found that hockey wasn’t for them. Carter gave those kids an everlasting introduction to basketball, and the addition of Canadian players in the NBA is growing.

Denver’s Jamal Murray, who might be the best player to emerge from Canada, grew up idolizing Carter, and Murray couldn’t have been happier when he received a signed jersey from Carter that read, “To Jamal. My guy.”

Carter’s imprint in Canada wasn’t just on the court. He introduced NBA style and sneaker culture to the country, and his impact was documented in the film “The Carter Effect.” Another documentary about his career is also in the works.

And while we can regurgitate his statistics, some of his most important work came at the tail end of his career. Carter, who never won a title but didn’t go ring-chasing, did what so many other one-time stars couldn’t: He aged gracefully into a lesser role while mentoring young players.

He went from lottery pick to star to reserve to bench player who doubled as veteran sage. It’s likely young Hawks star Trae Young will talk about Carter’s influence for years.

“Basically, he was the first option, second option, third option, sixth man, seventh man, all the way down to 14th, 15th guy,” Miami coach Erik Spoelstra said earlier this season, “and most guys are not emotionally stable enough to be able to handle that and be willing to sacrifice, and Vince has done that.”

And it’s not like Carter couldn’t play. He had 17 points in 20 minutes against Charlotte earlier this season. And in his final game, against the New York Knicks – just as the NBA suspended the season because of COVID-19 – Carter entered in the waning seconds and made a three-pointer in what amounted to the final shot of his NBA career.

Vince Carter was a unique player and will be missed on an NBA roster, but it would be wonderful to see him around in some kind of role with a team or league, continuing to show young players the way.