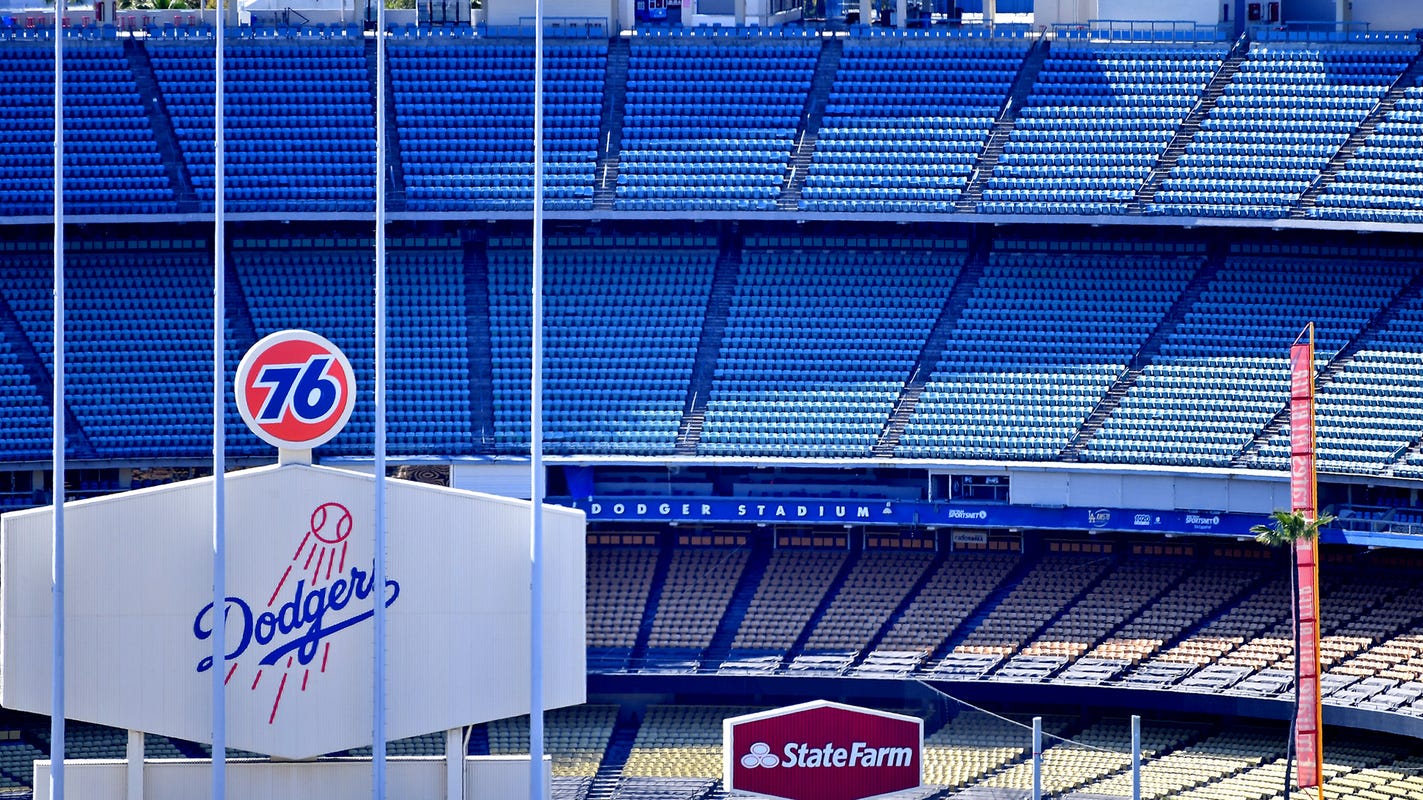 How the 60-game schedule came together

SportsPulse: Former executive director of the NBPA Charles Grantham discusses why MLB and the players association need to start working together if they will overcome the financial hardships coming their way as a result of the pandemic.

You think you were the only one trying to keep your sanity awaiting Major League Baseball to return?

He happens to be responsible for scheduling the entire 2020 season, with the schedule being officially announced in the next 10 to 14 days.

“Oh my God, it’s been a long road,’’ Marinak told USA TODAY Sports. “The struggle, the challenge was just not knowing. We all wanted to play as soon as possible, but the virus was going to dictate that. We had to wait, but wanted to be ready to go when we got the word.

“Now, here we are; a pretty good schedule given how much time is left.’’

Never before has a complete MLB schedule been formulated this close to Opening Day, with less than a month to go.

Then again, never has there ever been a season like this, operating at the will of the coronavirus pandemic.

Yet MLB, with an exhaustive 100+ page health and safety operations manual, will attempt to become the first major sport to return on July 23 with two nationally televised games, and the rest of the teams scheduled to start July 24.

It will be the shortest season since 1878, playing just 60 of their normal 162 games (37%), with each team playing 40 games in its own division and 20 interleague games against their corresponding geographical division.

MLB toyed with the idea of realignment, but wanted to keep the traditional divisions, while still playing interleague games and keeping their natural interleague rivals.

So, we will still have the New York Yankees and Mets playing each other six times. The same with the Los Angeles Dodgers and Angels; the Chicago Cubs and White Sox; the San Francisco Giants and Oakland A’s, the Cleveland Indians and Cincinnati Reds.

Marinak and Chuck Torres, MLB senior director of broadcast operations and administration, spent perhaps as many as 400 hours working on the thousands of permeations of the schedule, keeping in constant contact with every team.

It was exasperating never knowing when the season would start, or how many games would be played.

“You just didn’t know the start date, the end date,’’ Marinak says, “and we were coming up with anything plausible based on the nightly news.’’

The historic schedule, in some ways, was easier to formulate with no fans in the stands – at least at the outset. There was no need to worry about teams complaining about the lack of weekend home games, or having too many home games when school was in session.

And with no concerts or events staged at any ballpark during this pandemic, there were no scheduling conflicts. The only event MLB needed to work around was the Democratic National Convention in Milwaukee Aug. 17-20, making sure the Brewers were out of town for a week with the lack of hotel rooms.

A view of an empty Dodger Stadium on what was scheduled to be opening day. (Photo: Jayne Kamin-Oncea, USA TODAY Sports)

Every team will be at their home ballpark except with the possibility of the Toronto Blue Jays, who need approval from the Canadian government to ease travel restrictions. If the Blue Jays don’t receive approval, they are expected to play their home games in St. Petersburg, Fla., sharing the Tampa Bay Rays’ facility.

“I don’t think we have time to wait,’’ Marinak says, “we’re just assuming that they’ll be in Toronto. But we’re good either way. It’s either one extreme, north or south.’’

This will be a schedule built for primetime TV, with the highest percentage of games during local markets’ prime time in baseball history considering the regional schedule and precious few day games. Without travel to the West Coast, no team in the AL or NL East will have to play a 10 p.m. ET game.

Marinak and Torres tried to eliminate as much travel as possible in this new schedule. Teams who normally stop in New York, Chicago, San Francisco or LA for a three-game series, now will be staying for an entire week. There still will be two-game series, but most will last three and four games.

“It was really about trying to minimize travel,’’ Marinak says, “taking a minimal amount of trips and staying in the same city for multiple series. We did a lot of things in the schedule trying to minimize the potential health risks. Hopefully, this will keep guys fresher.’’

The schedule sure came a long way from the early days of the pandemic shutdown, when MLB thought it could actually return by April 10.

“The first thing we did was, ‘OK, we’re down for a couple of weeks, how do we try to pack in games as we can with the games missed,’’’ Marinak says. “Then, it became obvious we weren’t playing anytime soon.’’

Next on the agenda was the potential Arizona Bubble Plan with all 30 teams playing in Arizona. The players nixed that idea before it ever got off the ground.

“That would have been a completely different structure,’’ Marinak says, “but the players didn’t want to do it. It was sort of a military style situation. It would have been too tough to enforce the rules. Playing doubleheaders in Arizona in 120-degree heat, is this really something we wanted to do? Then we looked at playing in Arizona and Florida. Then Arizona, Florida and Texas.

“Nothing went far enough down the road, but we had nothing else to do. We were just  sitting around for a month during the worst of it in late March and April with the entire world shut down. So we looked at different models, and simulated as much as we could. Since there weren’t fans (in attendance) or much criteria to worry about, it made it easier to run versions.

“If we went through all of the permutations of all the schedules we did, you could have stacked sheets of paper to the moon.’’

So now MLB can only wait, and pray, that COVID-19 will cooperate, enabling the 60-game season in its entirety, with a World Series to remember. There may be fans at ballparks at some point in the season, but never close to capacity.

“I think people are craving baseball, there’s a pent-up demand,’’ Marinak says. “We’re still positioned to be the first major team sport to be back and running in the U.S. We’ll have a lot of games in late July and early August before the other sports ramp up.

“I also think the novelty of the season will bring more attention. Maybe we’ll have some .400 hitters. Maybe there’ll be pitchers with a really low ERA. You could see some teams break the all-time winning percentage.

“Hopefully, we never have to do this again.

“But I do think this schedule could be pretty cool.’’