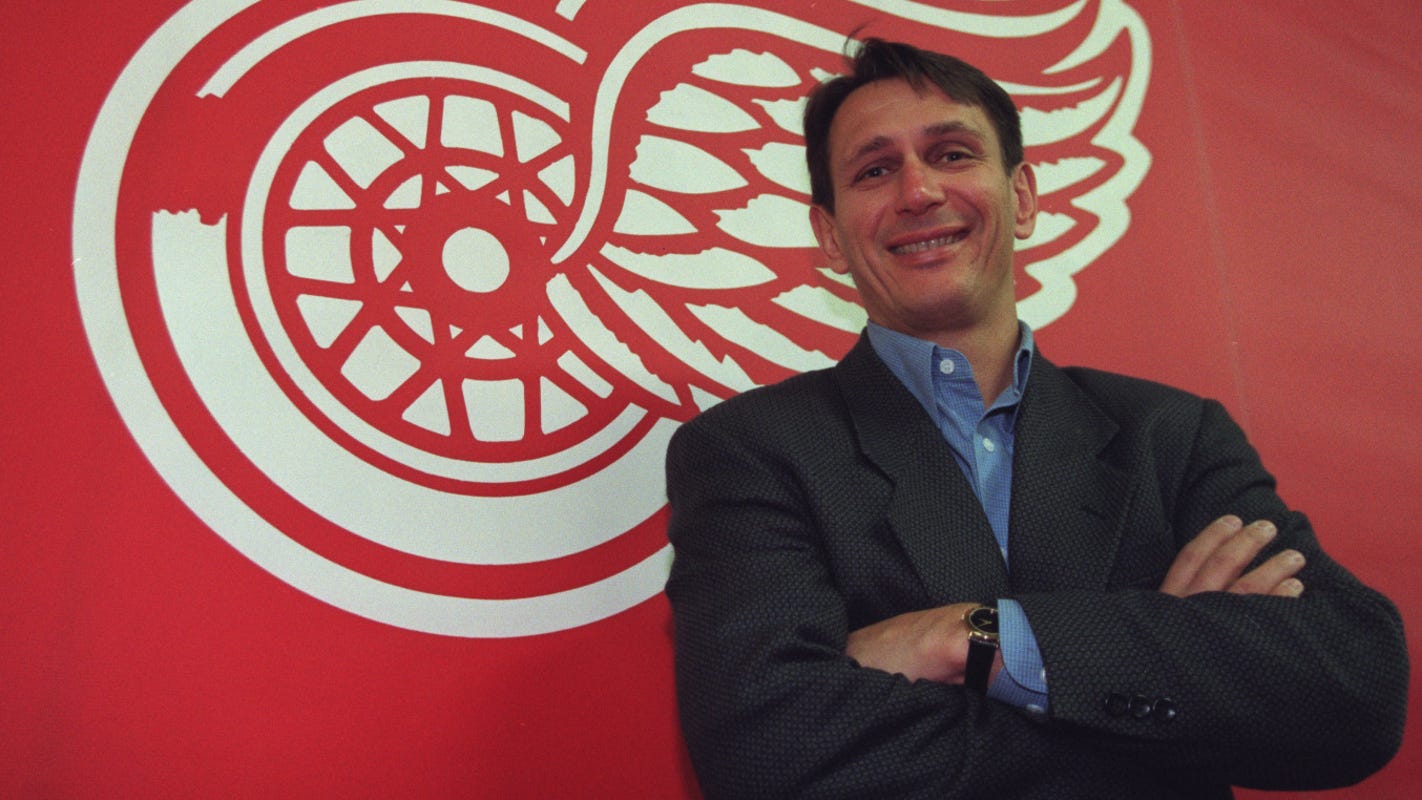 Ex-Detroit Red Wings GM Ken Holland is headed to the Hockey Hall of Fame as part of the Class of 2020. Here’s a quick look at his time in Detroit.

The vacuum cleaner story is one of Ken Holland’s favorites, because it’s such a stark contrast to where he ended up: Collecting Cups, not dust.

Holland now has a great story to add, as the Hockey Hall of Fame announced Wednesday that Holland will be inducted as a builder as part of the class of 2020.

Holland won four Stanley Cups during his 36 years with the Red Wings organization. He went from minor-league goaltender to scout to assistant general manager to general manager, a position he held from 1997-2019.

But before that, he was nearly out of hockey.

Holland’s playing career petered out in the mid-1980s. It was while he was with the Adirondack Red Wings from 1983-85 that he made three of his four NHL appearances.

At 29, Holland was out of work with a wife and three young children. He considered going to college. His mother suggested he sell vacuum cleaners, but Holland couldn’t think of who his buyers would be, other than mom.

Then Jimmy Devellano, three years into his job as GM of the Red Wings (the first hire made by Mike and Marian Ilitch after they bought the team in 1982), reached out.

“I had played nine years of pro and wasn’t sure what I was going to do and my mum had suggested getting an Electrolux vacuum cleaner job,” Holland said. “A couple days later, Jim Devellano called and offered me a job as scout for the Detroit Red Wings.

“Funny how life goes. It’s going to take a while to sink in.”

Holland looked back Wednesday on his time with the Red Wings with pride.

“I’m certainly proud of the things we we were able to accomplish there over a long period of time,” Holland said. “There are a few ultimate things you’d like to accomplish in the game — today was one of those. And then obviously winning a Stanley Cup. I was fortunate to be a part of four Cups, three as general manager, one as assistant.

“There’s nothing like starting out in training camp and working together with a group of people over 10 months and partying together and having the Stanley Cup raised and knowing what you have accomplished together as a group.”

Holland, 64, became GM of the Edmonton Oilers in May 2019, less than three weeks after he was named senior vice president of the Wings at the same time Steve Yzerman was named the Wings’ new GM. Holland had pushed for Yzerman to return to Detroit since late 2018, when Yzerman announced he was stepping back in his last year with the Tampa Bay Lightning.

“I know that in the last year that I was in Detroit that it was probably time for change,” Holland said. “Steve Yzerman came in. I was going to stay on as senior vice president — I have a great relationship with Steve going back to 1983 when we both went to training camp together.”

It didn’t take long for Holland to realize he wasn’t ready for an upstairs job, so when the Oilers called, it was a perfect opportunity: He’d be close to his offseason home in Vernon, British Columbia, and he would only face the Red Wings twice a season, and, possibly, in the Stanley Cup Final.

It was his career with the Red Wings that led to the Hall, prompting reflection.

“I was so fortunate that we had so many great players, and Scotty Bowman and Jim Devellano, and Mike Babcock,” Holland said. “The list goes on and on. I got to work with Jim Nill running the drafts.”

Holland’s last years in Detroit were marked by a push to remain competitive. The playoff streak that began in 1991 lasted 25 seasons, infused by the arrivals of superstars Pavel Datsyuk and Henrik Zetterberg when the players key to the 1997-2002 championship years were on the way out. The 2002 team was Holland’s masterpiece, aided by his 2001 offseason acquisition of Dominik Hasek, Luc Robitaille and Brett Hull.