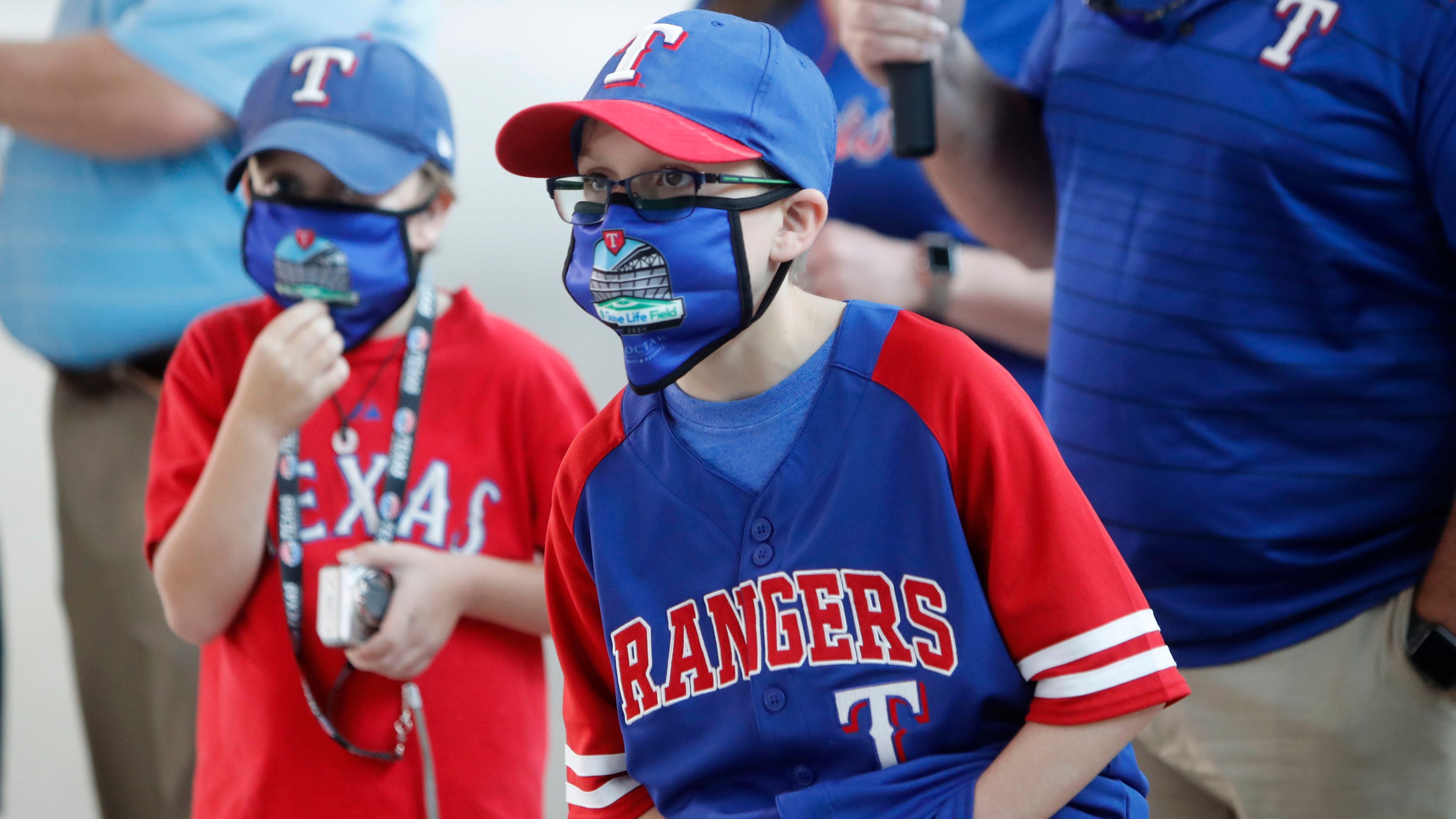 From the Texas state capitol, the message was sobering.

“The safest place for you,” Gov. Greg Abbott said Tuesday from Austin, “is at your home.”

On a conference call with reporters a day later, Houston Astros owner Jim Crane struck a different tone, bemoaning tens of millions of dollars his franchise will lose this year, and the need for fans in his stadium to stop the bleeding.

“The only thing we have that can counter that,” says Crane, “is to get some people into the building and sell some tickets and some merchandise and some cold beer or whatever they let us have.”

And herein lies the disconnect between public health and private industry, and the mixed messages sports-hungry fans receive as health experts aim to douse the raging fires of the novel coronavirus while leagues and franchises try to cut their losses.

All eyes will be on Major League Baseball’s ability to do business trapped between these forces as it welcomes players to their home stadiums for workouts starting July 3, and a shortened 60-game season starting July 23.

No market may better exemplify this sports reckoning than Texas.

The coronavirus is surging in the Lone Star State, where a record 5,551 new cases were reported Wednesday, the third consecutive day with a new high. The positivity rate reached 10.4%, its highest in more than two months, and hospitalizations peaked at 4,389.

In Harris County, home to Crane’s Astros, ICU beds are at 97% capacity, one of many indicators that have prompted Abbott to sound a dire signal in his briefings as his state grapples with conditions that New York, New Jersey and other COVID-19 hot spots encountered in March and April.

Abbott moved to aggressively reopen the state, allowing its stay-at-home order to expire April 30 and throwing a significant bouquet to the sports world: Stadiums, he announced on June 3, could welcome fans at 50% capacity.

That was startling news to many in baseball, which did not figure to welcome fans during this season; in fact, the crux of an ugly labor battle between owners and players was whether players would take an additional pay cut with no fans expected in the stands.

Yet, just because teams can charge paying customers to watch a sporting event as a pandemic rages around them doesn’t mean they should.

“I think teams have a responsibility,” says Ronald Waldman, a professor of global health at George Washington University who has worked with the World Health Organization, the Centers for Disease Control and Prevention and the United Nations in the fight against infectious diseases. “I think a lot of people would assume if they’re saying, ‘Come to the ballpark,’ they’re saying, ‘It’s safe to come to the ballpark.’ But we see how much of a driver money is in this country and we saw it in the baseball negotiations. That was not about safety, I don’t think.

“If a rational person thinks about it, this is not the time to put a lot of fans in the seats.”

Yet teams are gradually shifting the paradigm from “no fans” to “some fans.” Minnesota Twins president Dave St. Peter told reporters on a Wednesday conference call that he’s engaged with Gov. Tim Walz and the department of health and is “hopeful we will have fans at some point in the 2020 season.”

In Texas, the plans are already apace. COVID-19 waylaid the Rangers’ March opening of Globe Life Park, their $1.2 billion home in Arlington, but they’re not giving up. The team surveyed season-ticket holders last week, the Dallas Morning News reported, on their comfort levels wearing facial coverings and social distancing (from zero feet to six feet).

Under Abbott’s current direction, they are prepared to open with crowds as large as 20,000 in their 40,000-capacity stadium.

“The Rangers are working under the current guidelines of the State of Texas and Governor Abbott, which allows for up to 50% capacity at professional sports venues,” the club said in a statement Wednesday. “That is the information we have today but we understand that could certainly change based on circumstances with the pandemic.

“The health and safety of our players, staff, and fans is the priority and we’ll see what happens in the coming days.”

Abbott has not yet mandated face coverings in public, and the strong daily spike in cases began May 27, a little more than three weeks after stay-at-home orders expired. A facemask-optional ballpark setting likely wouldn’t help.

“I think that’s why they are where they are,” says Waldman of Texas. “They’re not telling people what to do. And people aren’t doing what they’re told to do.”

It also puts MLB in an awkward position. The league, along with the Players’ Association, just hammered out a 100-page health and safety protocol, yet can do nothing to stop fans from roaming relatively free in the stadium while their players are forced to live under draconian measures to entertain them.

A baseball official confirmed that the league does not intend to influence clubs on whether to host fans in their stadiums, only that they will adhere to all local laws and ordinances in place. The official spoke to USA TODAY Sports on condition of anonymity because they were not authorized to publicly discuss the matter.

Abbott holds the biggest hammer in the state, and eventually could move to limit large gatherings. That would likely do baseball, if not the Astros, a big favor; the potential inequities for some teams to play in front of home crowds (and reap the revenues, as well) while others cannot is already received poorly.

The ultimate power may rest with fans who answered that survey. The underlying question: How much are you willing to risk to watch baseball?

“It’s the price people want to pay,” says Waldman. “And it’s not going to be just the beer price and ticket price. It’s going to be a very heavy tax unless the governor of Texas and others can clamp down and reshape the curve where the number of cases aren’t increasing day over day.”