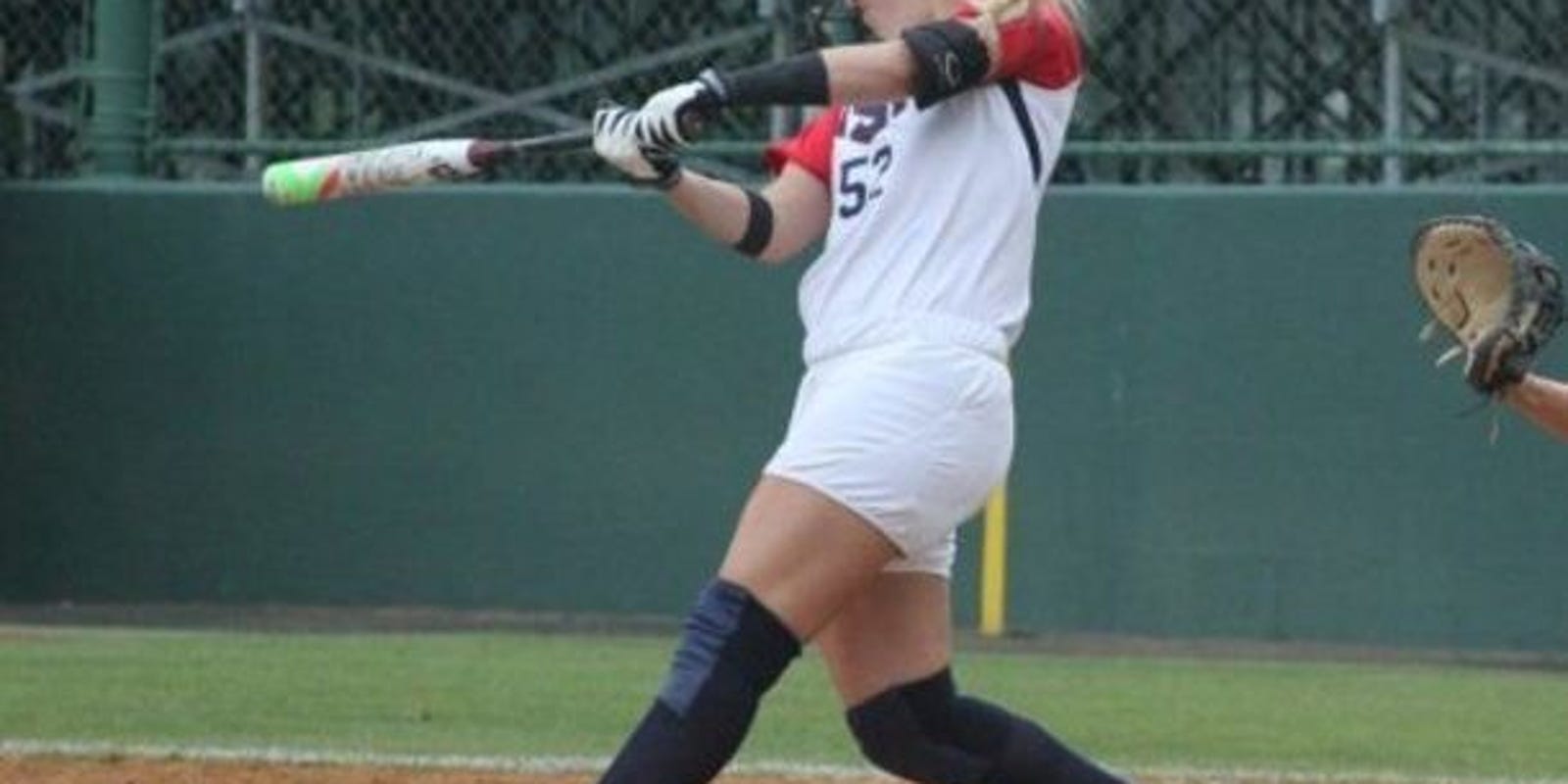 Sam Fischer was batting fifth and playing first base on Monday night when the tweet that may have ended her ninth professional softball season was sent.

Scrap Yard Fast Pitch and the USSSA Pride had just opened the first of 25 scheduled games between the two independent professional softball teams over the summer.

The first pitch marked the return of professional team sports in the United States since the COVID-19 pandemic shutdown took hold in March.

But the historic event quickly became political when Scrap Yard general manager Connie May tweeted a photo of Fischer and her teammates standing for the national anthem at President Donald Trump, including the text “Everyone standing for the FLAG!”

By the time the former Loyola Marymount University slugger returned to the locker room after a 4-0 loss to the Pride, the tweet had been deleted; the team’s social media manager was in tears, and she found herself pushed into the political spotlight that has engulfed sports since Colin Kaepernick first took a knee in 2016.

Fischer, who has represented her country with the U.S. national team and is married to a veteran, was stunned when she saw her face in the photo.

“We were thrust into a position to defend ourselves because a comment was made on our behalf,” Fischer said. “I thought, ‘Oh my God, this is not how I feel. This is not my stance.’ ”

She quickly took to social media to disavow the tweet and correct the record with a statement that included “BLACK LIVES MATTER.”

I do NOT support the comments made by @ScrapYardFP and I will not associate myself with an organization that stands by those beliefs. BLACK LIVES MATTER. I will not be spoken for on this issue and I am appalled that after a game I was blindsided by something so disheartening.

“Everybody has their own political beliefs,” Fischer said. “I‘m not interested in making any political statements. I’m interested in standing up for what I believe is right.

“I’m just negating what she said for me. I’m not going to be associated with that. It’s not how I feel, and I’m going to leave it at that.”

Fischer, who still lives in Simi Valley, California, when she’s not playing for the Houston-based team, said Scrap Yard met as a team before meeting with May.

“We brought her in,” Fischer said. “We were having these conversations. … We told her how we feel as a group. That’s when we collectively walked out.”

Despite reports that the 18 players have left the team permanently, Fischer says the players are still in Florida sorting out the next step.

“We want to make sure that we make our stance very clear, especially as individuals. We were spoken for on an extremely personal and sensitive subject. Our voice was taken away (Monday) night. We want to intentionally use our voice.”

Fischer became the first All-American in Loyola Marymount history in 2012. She left the program with nine career records including most home runs with 65.

With the series postponed, the Pride are publicly supporting the Scrap Yard players’ walkout.

The next step is significant. More than half the U.S. Olympic team named for the Tokyo Games plays for Scrap Yard.

“This isn’t just affecting the 16 of us,” Fischer said. “It’s much bigger than that.”

Fischer was not planning on making a political statement when she returned to the field on Monday, but she has been buoyed by the show of support she received in the immediate aftermath.

“It’s hard not to feel like we’re on the cusp of something great,” Fischer said. “I want to be a part of making something good happen out of something that’s not so good.

“(Monday) night was a huge display of unity in the softball community. It was everybody standing up for each other and the position we were put in.”