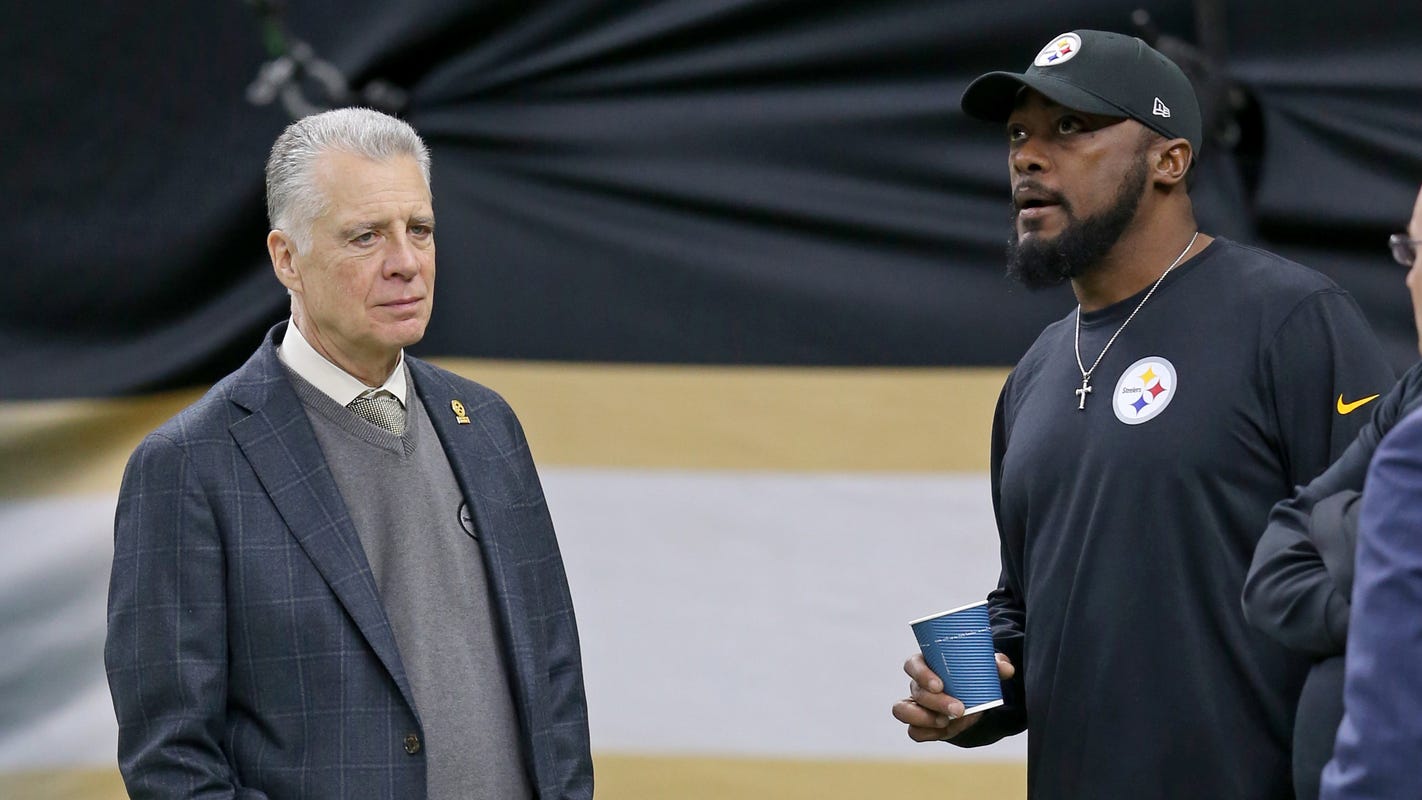 SportsPulse: NASCAR has progressed by leaps and bounds on tackling racial injustice in the sport over the last few weeks. USA TODAY Sports’ Mike Jones believes the NFL can learn a lesson or two.

They debunked the myth last year. But with NFL owners and top-level decision-makers apparently still either unconvinced or uninspired, Troy Vincent and Doug Williams further drove home the point this year.

That oft-described, weak-trickle minority coaching pipeline — that which NFL executives have long used as a reason/excuse for paltry numbers of head coaches and coordinators of color? It’s all a farce. The only things standing in the way of black and brown coaches who crave the esteemed offensive coordinator positions and head coaching jobs in the NFL are a lack of opportunity and generations of lazy thinking at the league’s most powerful levels.

Vincent, the NFL’s executive vice president of football operations, and Williams, Washington’s senior vice president of player development and co-founder of the Black College Football Hall of Fame, suspected as much when last year they co-hosted the league’s first QB Coaching Summit.

Tired of hearing of teams’ struggles to find people of color to place on the offensive-themed track to head coaching positions, the men conceived a solution.

According to their vision, the seminar would help teams identify quality coaches of color for future employment considerations, and it would also educate and equip those people of color to better pursue their dream jobs.

As was the case last year, the 2020 QB Coaching Summit reinforced that the football world is full of capable individuals. This year’s event drew nearly 90 participants.

College coaches, entry-level NFL assistants, veteran position coaches — all possessing the overriding qualifications for a coaching ascent: Sharp minds and extensive football backgrounds, a thirst for knowledge and eagerness for the opportunity to grow as coaches.

“It was confirmation and validation of what I saw a year ago and came to pass again this year,” Vincent said on a conference call Tuesday afternoon after the final session of this year’s summit.

OPINION: NFL leadership pressed to prove worth with challenge of coronavirus pandemic

Opportunity is all any aspiring NFL coach — black, white, green or purple — has ever craved. But openings have long proven elusive for minorities in the NFL, particularly on offense, where coordinator and quarterbacks coach positions are primarily held by white coaches.

As their summit drew droves of coaches capable of working their way up to those positions, Williams and Vincent essentially have placed greater pressure on NFL owners and top-level decision-makers to overhaul their hiring practices and at last truly operate with equality.

That, and only that, will determine whether things change in this league that currently has only four head coaches of color and two Black offensive coordinators despite a player membership that’s 75% Black.

Few chapters in the well-documented plight of coaches of color proved as painful as did the most recent hiring cycle, which saw only one minority candidate (Washington’s Ron Rivera) land a head job.

Vincent declared the system “broken,” and the NFL’s workplace diversity committee worked feverishly this offseason to produce remedies. The changes included an expansion of the Rooney Rule to require teams to interview at least two minority candidates for every head coaching opening and at least one minority candidate from outside of their organization when filling a coordinator position, as well as an implementation of a minority coaching internship program.

But as history has shown, the impact of policy is minimal. Owners and team presidents or general managers can work around rules. They tend to hire people with whom they already are familiar. And in turn, head coaches routinely round out their staffs with former coworkers, teammates and even family members. It’s a good ol’ boys’ club at its finest.

With an eye on that problem, the QB Coaching Summit was supposed to lead to greater networking opportunities for coaches and team officials. This year, 22 teams took part —up from only two — last offseason. However, because coronavirus restrictions forced the conference to take place virtually, those extensive face-to-face meetings will have to happen at another time. Vincent hopes to use future offseason events like the college all-star games, the NFL scouting combine and annual league meetings in March to connect potential coaching candidates with owners and team presidents.

Still, Williams challenged those with hiring power to lead the charge against the lazy practices that have persisted for years.

“The owners have given too much lead to the head coaches,” he said. “Somewhere along the lines, the owners have to play a part in this and make the head coaches realize, ‘You can’t hire all your buddies just because you know them. You have to look outside … because there’s some talent out there that you might be overlooking, and a lot of that talent is in this minority pool that we have here.’

“I’ve been a part of three teams and I’ve seen the buddy-buddy type situations. It’s all right to have your buddies, but you’re leaving a lot of good coaches out there by bringing your buddy along. We all know this is a family league, and most of the minorities are not in the clique with most of the coaches that are hired, and it’s hard to get in there. That’s part of our biggest problem … coaches hire the guys they hang out with, play golf with, drink with, eat with or what have you, and we get left out in a lot of cases. But we need to start looking at this from a different perspective, and the owners have to take the lead.”

The hope among aspiring NFL coaches is programs like the QB Coaching Summit and overhauled Rooney Rule will eventually spark change. However, some remain skeptical.

Sure, the participants at the QB Coaching Summit benefited from listening to the current and former NFL head coaches, coordinators and a handful of team executives who lectured on the best practices for navigating the interview process, staff construction and job execution. No doubt the audience gleaned all kinds of gold nuggets from what speakers like Mike Vrabel, Jim Caldwell, Eric Bieniemy, Ozzie Newsome, John Mara, Byron Leftwich, Robert Saleh and others had to say.

Knowledge is indeed power. But that power extends only but so far in this situation. The ability to facilitate true change rests solely in the hands of NFL owners and team presidents. And without a willingness on the part of these decision-makers, Vincent and Williams’ program is simply that: a nice program.

The league office and Black College Football Hall of Fame can team up to sponsor conferences just like this week’s. The NFL can implement all kinds of modifications and expansions of the Rooney Rule, but until the people with hiring power take this problem seriously, nothing will change.

The proof will reveal itself this winter as another hiring cycle takes place.

One by one, the validity of excuses used to avoid hiring and promoting people of color in the NFL has evaporated.

Thanks largely to Vincent, one of the NFL’s most senior officials, and his team, the work largely has been done for the owners. They have identified the talent pool. They have implemented programs that should help coaches further develop assistants. Rules have been changed to give assistant coaches greater flexibility to rise as coordinators.

If the NFL head coaching and coordinator ranks don’t reflect progress toward equality this time next year, the only excuse remaining is blatant laziness, arrogance and lack of respect for people of color.