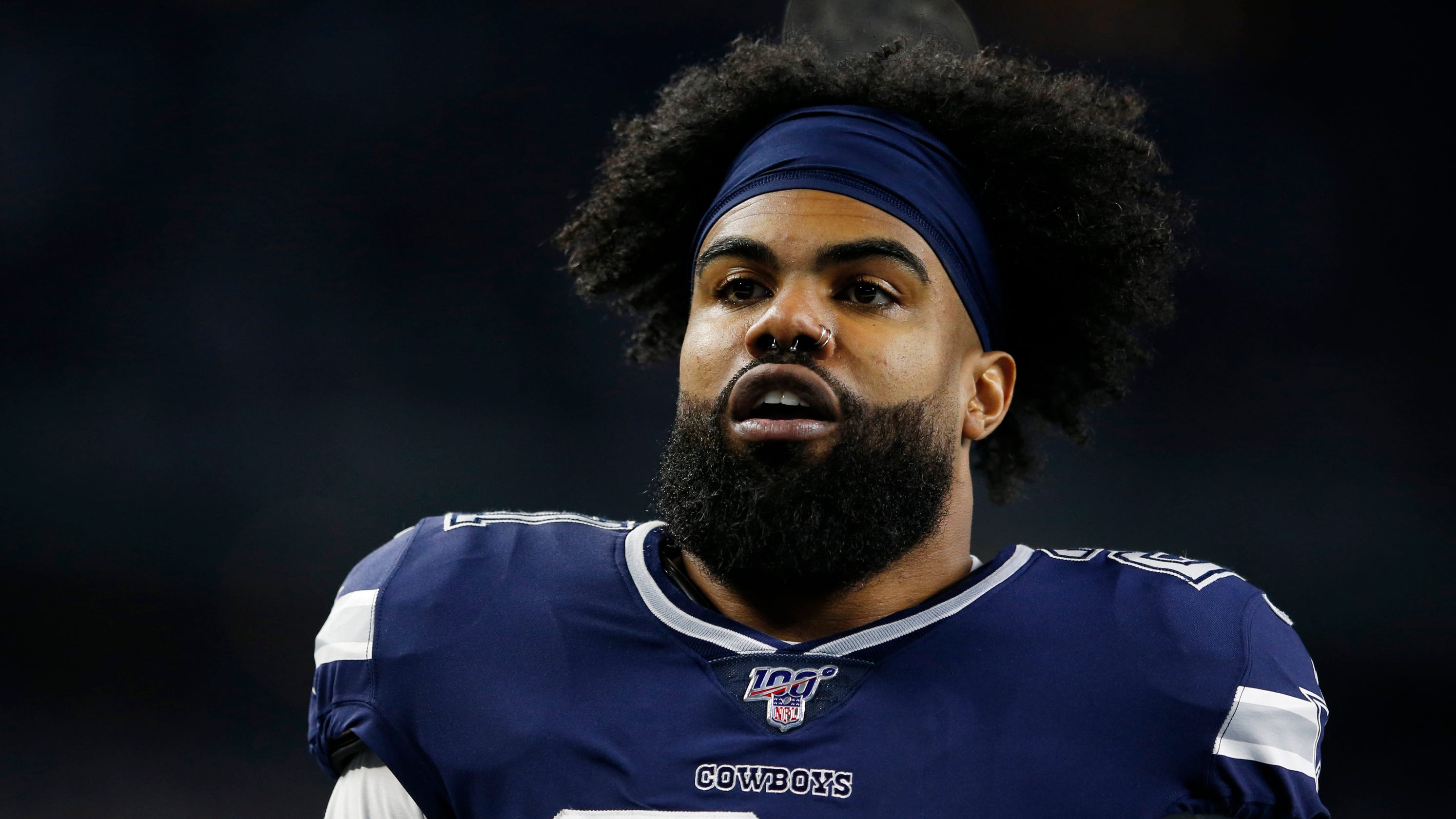 What I’m Hearing: The franchise tag option has been on the table for months for Cowboys QB Dak Prescott. So why did he sign it just now? Jori Epstein explains.

For a day or two, Elliott battled a cough and “a little bit of shortness of breath.”

News broke June 15 that multiple Cowboys and Texans players had tested positive for coronavirus, Elliott’s agent confirming to NFL Network that his client was among the group. The three-time Pro Bowl selection still has not yet returned to workout, he said Wednesday afternoon on his Twitch channel.

Elliott doesn’t assume teammates and coaches necessarily will be as lucky should the NFL stage its season as planned amid a pandemic.

Cowboys players haven’t reported to headquarters at the Star since head coach Mike McCarthy was hired in January. Players are tentatively scheduled to report to training camp in approximately a month, even as states including Texas experience record-high weeks of new COVID-19 cases and related hospitalizations. Elliott emphasized he misses his teammates and football, the camaraderie in the locker room lost when offseason activities turned virtual. But his concerns abound for NFL employees who may have asthma, newborns or elderly family members living in the same house.

Zeke said he had symptoms including cough, shortness of breath for 1-2 days. Can’t work out yet but he’s feeling much better. pic.twitter.com/SUQp3I05RG

Twenty-two players, often on a field indoors, breathing heavily while playing a contact sport that involves tackling presents challenges that golf, tennis and baseball don’t. The NBA’s proposal is to impose a bubble environment for players during a shortened season. NFL medical staff have pointed to the logistical hurdles for a sport that fields dozens more players per team than do NBA squads.

A front office executive for one team told USA TODAY Sports this week that their organization has largely adopted a “wait-and-see” approach for implementing coronavirus policy, since information on best practices and limitations is changing rapidly. The person was granted anonymity since they weren’t authorized to publicly disclose the team’s protocols.

The NFL still has questions still to answer. Elliott hopes health and safety are chief priorities in formulating those answers. He said he doesn’t know whether to expect a 2020 season.

“I just feel like there’s a lot of moving parts that have to be figured out,” Elliott said. “I just don’t know how they can keep the players healthy. You’ve got to put the health of the players first. And it’s not even so much I would say the players’ health because I got corona and it didn’t really affect me much. But a lot of people have kids, they may have kids with asthma, their parents or grandparents may live with them.