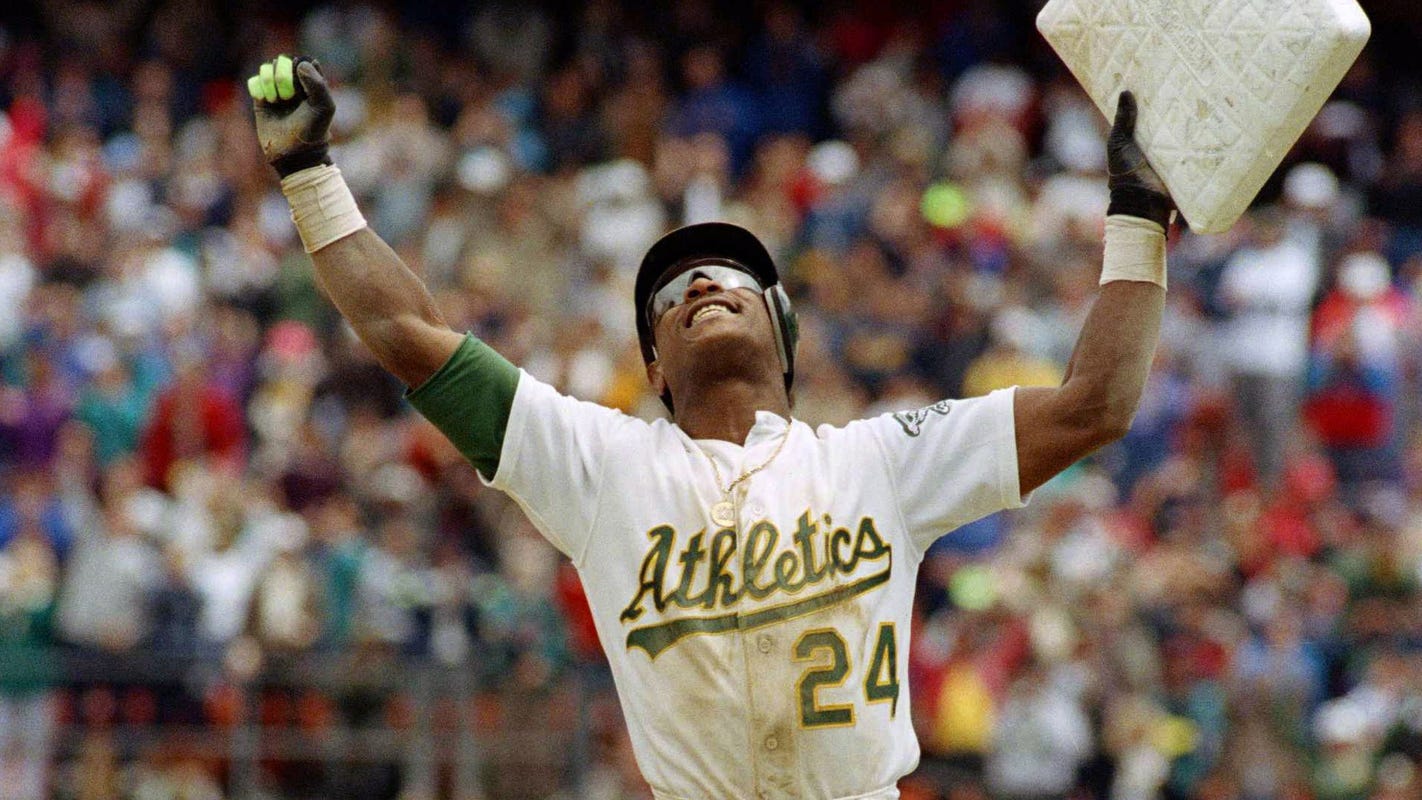 MLB stolen base record will never be broken

On June 24, 1979, making his Major League Baseball debut, Rickey Henderson of the Oakland Athletics took a lead off first base in the third inning and stared down Texas Rangers southpaw John Henry Johnson.

Henderson, 20 years old at the time, darted for second base upon Johnson’s delivery and made it in safe for his first career stolen base. Over the next 25 years, he’d steal 1,405 more, giving him a record that will likely last until baseball is no longer played.

From 1980-1990, going from Oakland to the New York Yankees and back to the A’s, Henderson stole 903 bases. The 2009 Hall of Fame inductee finished the 1990 season (his 11th in the bigs) two bags shy of Brock’s record, which took the St. Louis Cardinals legend 19 seasons to amass.

Rickey Henderson holds onto second base as he slides in with his 119th stolen base of the season on Aug.27,1982 in Milwaukee. The steal gave him the major league record for stolen bases in a season. (Photo: PETE LEABO, Associated Press)

OPINION: I was so dumb to think a Ken Griffey Jr. card was gonna make me rich for life

BASEBALL HALL OF FAME: Top 10 one-and-done candidates of the 2010s

Not even Father Time himself could slow down Henderson’s plundering on the basepaths. In 1998, his age-39 season, Henderson swiped 66 bases in his final season with the A’s. He helped the Mets reach the playoffs during the 1999 season and hit .315 in 121 games. He hung around until 2003, suiting up at 44 for the Los Angeles Dodgers.

Stealing bases wasn’t all Henderson did. As a leadoff hitter, he displayed tremendous power and holds the record for most career leadoff homers (81). His 2,295 runs scored are the most all time. So are his 335 caught-stealing attempts.

As professional baseball’s player development and analytics movement emphasized the importance of the three true outcomes (home run, walk, strikeout), nearly all signs of “small ball” have been erased. The art of the stolen base is a casualty of that movement.

The Seattle Mariners’ Mallex Smith led MLB in stolen bases last year with 46. The year before that, it was Whit Merrifield of the Kansas City Royals with 45. It’s a different game compared to when Henderson terrorized the opposition on the basepaths.

While modern baseball might make reaching Henderson’s record seemingly impossible, let’s not ignore the obvious, the facts and figures and memories and stories.