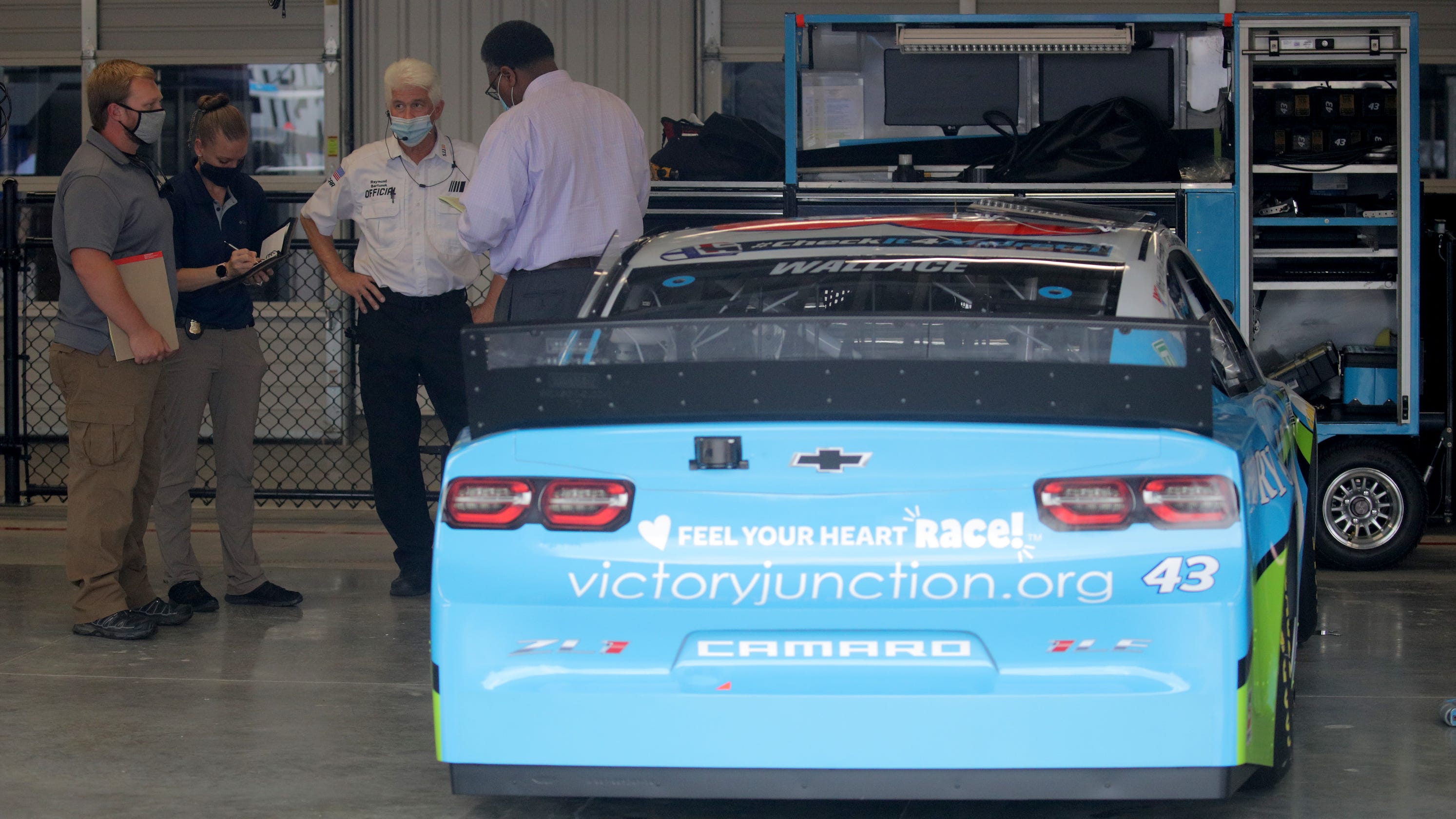 The FBI announced Tuesday afternoon its investigators concluded that the noose found in Bubba Wallace and the No. 43 Richard Petty Motorsports team’s garage stall at Talladega Superspeedway on Sunday was not a federal crime. Its investigation determined that the noose had been in the garage stall since at least October 2019, when the NASCAR Cup Series last race at the Alabama track prior to Monday’s GEICO 500.

On a conference call with reporters Tuesday evening, NASCAR president Steve Phelps said the FBI “definitively” determining someone did not commit a hate crime against Wallace was “the best result we could hope for.” But he also said the governing body is continuing its own investigation to figure out how and why a rope in the garage was made into a noose.

“Everyone’s belief was that someone was attacking a member of our family,” Phelps said. “It turned out that that was not the case, but at the time, that’s what our industry thought. …

“We are continuing our portion of the investigation to try to determine why there was a rope fashioned into a noose, which obviously happened sometime last October or before.”

nvestigators speak with personnel in the No. 43 Richard Petty Motorsports garage prior to the NASCAR Cup Series GEICO 500 at Talladega Superspeedway. (Photo: Chris Graythen, Getty Images)

NASCAR announced Sunday night that the noose was discovered in the No. 43 team’s stall at Talladega. It launched its own investigation and informed law enforcement.

A crew member from the No. 43 team walked into the garage Sunday and found the noose, took it to his crew chief, Jerry Baxter, who then took it to NASCAR Cup Series managing director Jay Fabian, Phelps said.

“The decision not to pursue federal charges is proper after reviewing all available facts and all applicable federal laws.”

Wood Brothers Racing last used the No. 4 garage at the Talladega playoff race in October. The team also released a statement Tuesday immediately following the FBI’s, saying one of its employees recalled Monday “seeing a tied handle in the garage pull-down rope from last fall.”

“Just like the rest of the NASCAR garage, we were shocked and appalled to learn of the existence of the rope fashioned like a noose,” the Wood Brothers Racing statement read. “We immediately alerted NASCAR and have assisted in the investigation in every way possible.”

Phelps explained how NASCAR cooperated with the FBI’s investigation, including providing team roster information and photo and video evidence.

“To be clear, we would do this again,” Phelps said about NASCAR’s own investigation and getting law enforcement involved. “The evidence that we had, it was clear we needed to look into this. …

“The 43 team had nothing to do with this. The evidence is very clear that the noose in that was in that garage had been in the garage previously.”