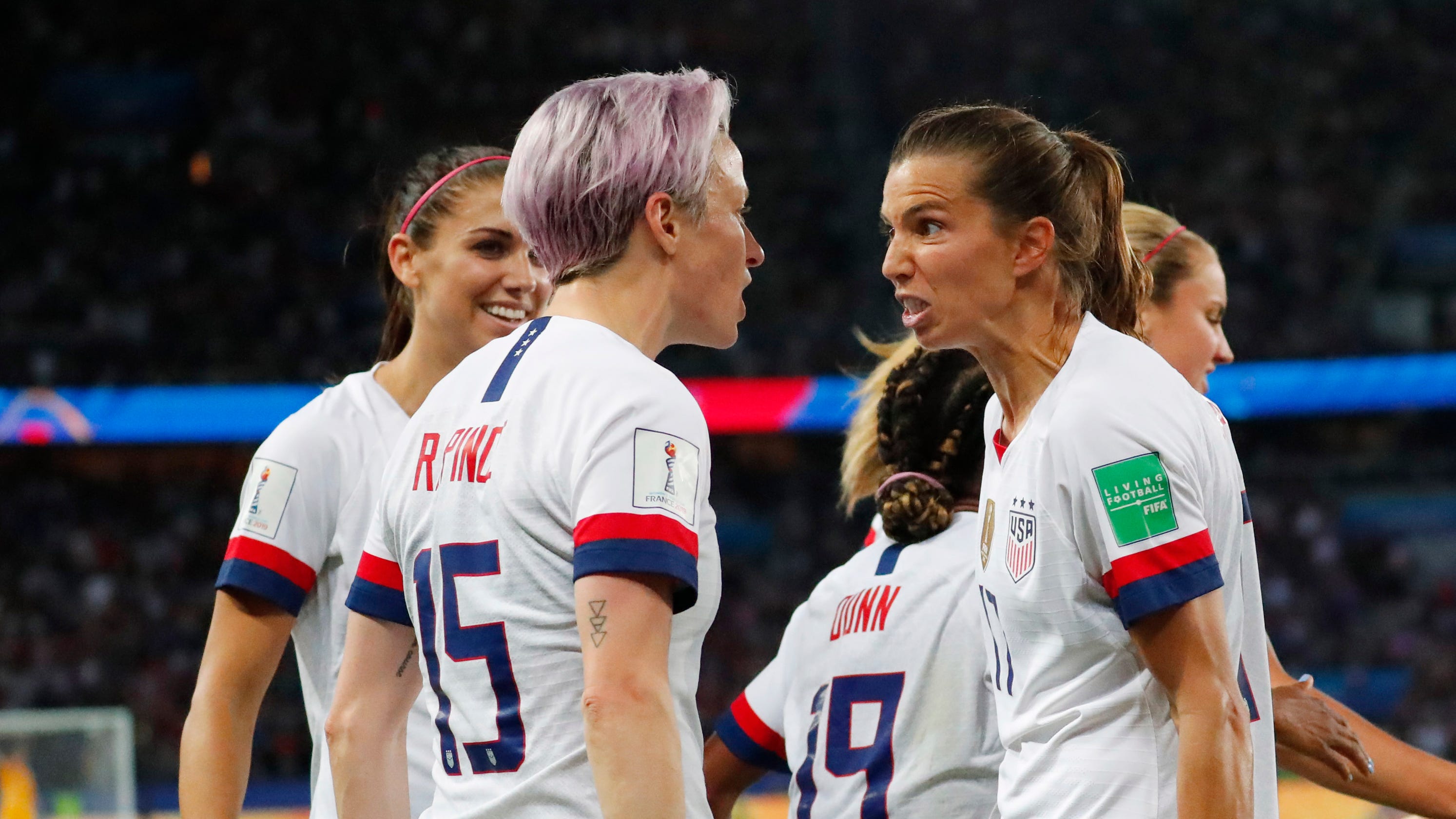 The entire Orlando Pride team already announced Monday that it would withdraw from the Utah tournament after several players and staffers tested positive for COVID-19.

Megan Rapinoe, a member of the OL Reign, was confirmed to be sitting out in her team’s release Tuesday, which also said that she was the only player on the team who had opted out. The release did not give an official reason for her absence.

Tobin Heath, a member of the Portland Thorns, opted out over concern for COVID-19.

“Although I want to be on the field with my teammates doing what I love because of the uncertainty and risks created by COVID-19, I have chosen not to participate in the NWSL Challenge Cup,” Heath said in the Thorns’ press release.

Christen Press of the Utah Royals also opted out for health-related reasons.

“It is deeply painful not to be able to play the game I love, and to watch the broader effects of the global pandemic on our league, sports and our world,” Press said in a statement. “Regrettably, given the uncertainty created by COVID-19, I must elect not to participate in this tournament.

“I know how fortunate I am to be able to make this choice,” Press said in the Royals’ statement. “I have enormous respect and gratitude for those who do not have the luxury to choose whether to report to work, including our selfless and heroic first responders. I look forward to supporting my teammates during the tournament in Utah.”

The general managers of the Royals and Thorns also expressed support for their players’ decisions.

Sky Blue FC, based in New Jersey, will be missing national team players Carli Lloyd and Mal Pugh, as well as defender Caprice Dydasco, with injuries. Dydasco tore her right ACL during a training drill, Pugh is dealing with a hip ailment and Lloyd has a minor knee injury, according to the team’s release.

Pugh reported to Sky Blue’s initial training session but determined that her injury would need more time to heal.

The Chicago Red Stars, North Carolina Courage, Houston Dash and Washington Spirit will bring their full rosters to Utah, according to CBS’s tracker.

According to a May statement from the NWSL players’ association, players will have their contracts guaranteed, including full pay, housing and benefits. The Athletic also reported that players who opt out will not be considered in breach of contract and will still receive benefits and health insurance.

The Challenge Cup will run from June 27-July 26 at Zions Bank Stadium in Herriman, Utah.