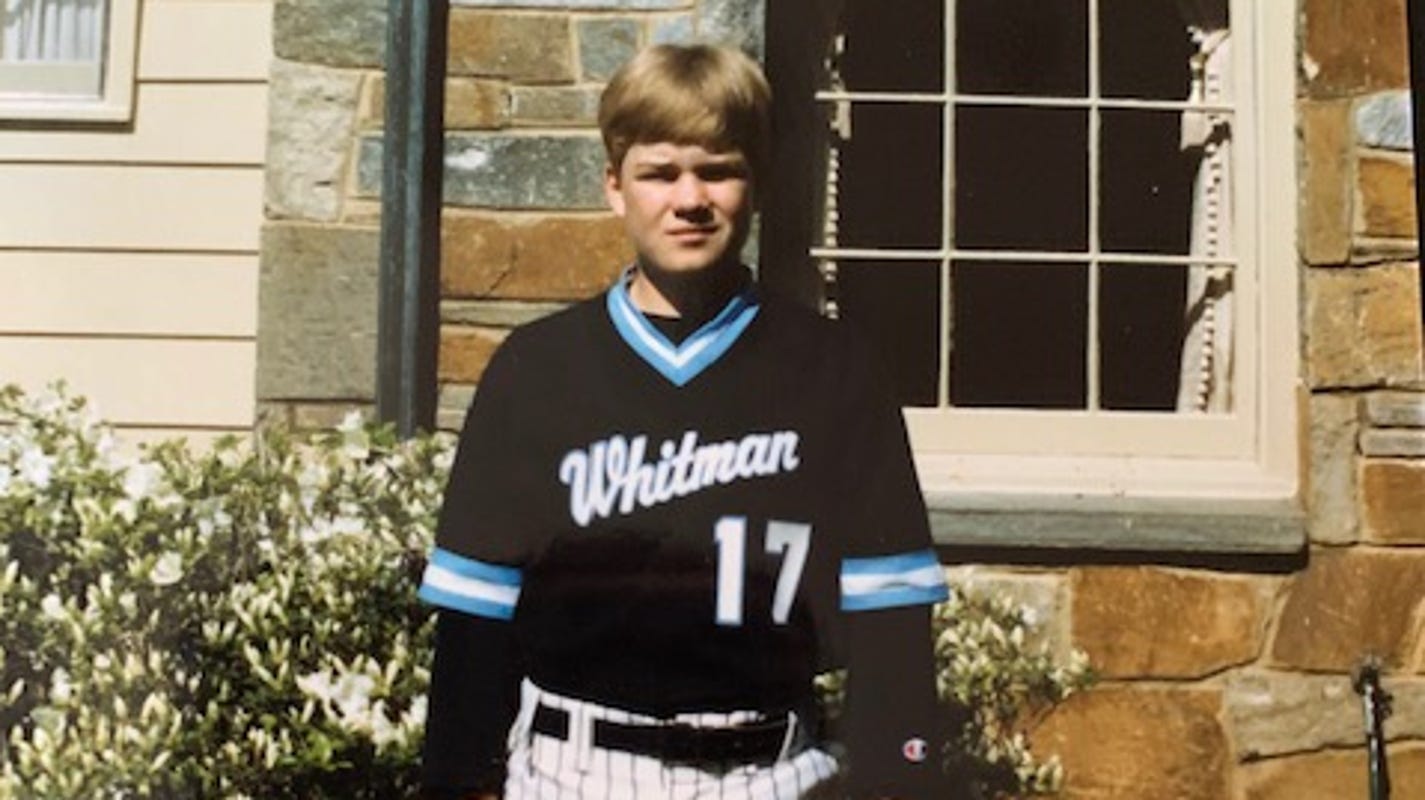 Why do I love sports? Because of This Week in Baseball and its song

We really miss sports. So much so that we’ve asked ourselves a question: What was *the* moment or reason that we fell in love with sports in the first place?

This story below is from USA TODAY Sports’ Stephen Borelli.

But we also want to hear (and share) your stories as well. Don’t miss a memory by signing up for our daily newsletter, where we’ll be spotlighting our stories – and yours.

And we want to share your stories! Email us at usatodaysports@usatoday.com to share the moment or reason that you first felt *that* connection with sports. Send us pictures if you can. We want to publish your stories on USA TODAY Sports and share it with our community.

It danced along with a Pete Rose head-first slide, a skyward Fernando Valenzuela glance and heavy high-fives from Kirk Gibson.

It signaled the end of my favorite television show, “This Week in Baseball,” but it was one last flourish to tide me over until next week. I was not alone.

“I would get people all the time who say, ‘I want to use it as my wedding theme,’ ” Geoff Belinfante, the show’s former executive producer, would tell me nearly two decades later. “And we always tried to make available copies of it, even though we’re not supposed to.”

“Gathering Crowds” was scored by British composer John Scott without baseball in mind. It was a stock instrumental number available for sale to TV producers. It became the soundtrack of baseball for a legion of baseball fans.

REMEMBERING THAT SPARK: More awesome memories of why we all fell in love with sports

The melody ended one of the most pleasant half hours of my week. Debuting in June 1977, “This Week in Baseball” was a groundbreaking show that brought a steady stream of baseball highlights into America’s dens and living rooms for the first time. (ESPN’s first launch was still more than two years away.)

The jolly opening jingle – dunnt-dunnt, dunnt-dunnt …. Dun dun … dun dun dun – known as “Jet Set” meant I had found it on TV. Then came the narrator’s cheerful words. Hello there everybody, this is Mel Allen.

Then the flood of highlights, so rare even by the early 1980s, when I turned on the evening news at 6:40 to catch only a quick glimpse during the sports report. “T.W.I.B.” recapped entire series while adding a twist no one had ever seen before.

“ ‘This Week in Baseball’ and through Mel’s voice, invented the baseball blooper,” said Bob Bodziner, a longtime “T.W.I.B” producer. “Pat Kelly was playing for the Baltimore Orioles, the ball hit the heel of his glove and bounced over the fence. That was the first blooper.”

WAKE UP RIGHT: Each day’s top sports stories — and more stories of why we all love sports

GOOD SPORTS: Weekly look at the stories of good throughout the sports world

The most popular portion of the show became a segment in which players had baseballs roll up their arms; or they juggled them a number of times before dropping them; or they fell over each other trying to catch a popup. Allen narrated along “lovingly,” Belinfante says.

“I think he showed the mortality of these players – that they were just like you and I and they were capable of making mistakes,” Belinfante says. “And we always tried to couple our bloopers with great plays because, after all, many bloopers are just great plays that weren’t made.”

Allen always said he broadcast as if talking to one person. I felt he was talking to me. The puns Allen read from his script, and the occasional interjections in his Alabama drawl, made you think the major leagues – a world where chicken mascots danced and players cackled with their hats on backward – were just as welcoming. “How about that!” he exclaimed, unearthing his signature phrase from his broadcasting heyday of the 1940s and 1950s.

“Everybody I ever met thought that Mel walked into the studio and ad-libbed the script,” said Ouisie Shapiro, a former writer for the show. “They were shocked that he didn’t. He made it seem so spontaneous. Everything seemed so spontaneous and fresh. He never made you feel he was reading something.”

Allen created the illusion he was in the ballpark with the players, not a recording studio. By the end, after my favorite tune had played and Steve Garvey raised his hands in triumph in tune with the final bars, I was ready to race outside and play. The final score filled my head through games of Wiffle Ball with my friends and solo sessions in the front yard when I threw up the ball and hit it.

Those memories of my childhood in Westchester County, New York, remained in my subconscious as I went on to play high school baseball and into sports journalism. In 2001, five-plus years into my career, I caught an episode of T.W.I.B.

Allen had died in 1996. The show used a Claymation Allen (“Mini-Mel”) that said, “How about that!” during a segment about the week’s top plays.

As we all knew, there was no way to recreate Allen, whose smiling face we’d see time to time on the show.

“His eyes – they were just so soft and gentle and they sparkled,” says Jeff Scott, who wrote for the show in Mel’s later years. “He had that little sparkle in his face that he was going to tell you something that would make you laugh.”

I wrote a column for USATODAY.com debunking “Mini-Mel” and taking a nostalgic look at the original show and its host. I heard from Roy Epstein, another former producer. I would end up writing a biography about Allen (entitled “How About That!” naturally).

I interviewed more than a dozen people who worked on the original show. My project became a labor of love, much like it was for all of them.

Allen had been the radio voice of the Yankees during an era when his tones loomed so powerfully over the landscape, fans thought him as much a part of the team’s unprecedented success as Mantle and DiMaggio.

“We got a chance to work with a legend, but a legend that was as sweet as your grandfather,” says Heather Mitchell, a T.W.I.B. producer in the 1990s.

I learned about the radical idea behind the show in the 1970s: to place a ¾-inch videotape recorder, which would become the standard VHS model, in every big-league ballpark and have the tapes shipped to New York studios by planes, trains and writer Warner Fusselle’s automobile. Jody Shapiro, an original producer on the show, told me how the early crew spent 12 to 15 hours assembling and editing the highlights before they even wrote the script.

They would work 24 hours straight, then they would walk to meet Allen in a studio on the West side of Manhattan.

“You go through all this hell being up all night doing this and there would be Mel with a great story,” said Mark Durand, the show’s original writer.

Allen had been unceremoniously dismissed by the Yankees in 1964 and drifted out of public consciousness. But people remembered him. He gave the show legitimacy and, at the same time, became a celebrity to a new generation of fans, including myself.

And when he said his signature sign off – “That’s all for now, folks; see ya next week on “This Week in … Baseball” – we heard that song. It was the song that set in motion my whole professional life in sports.