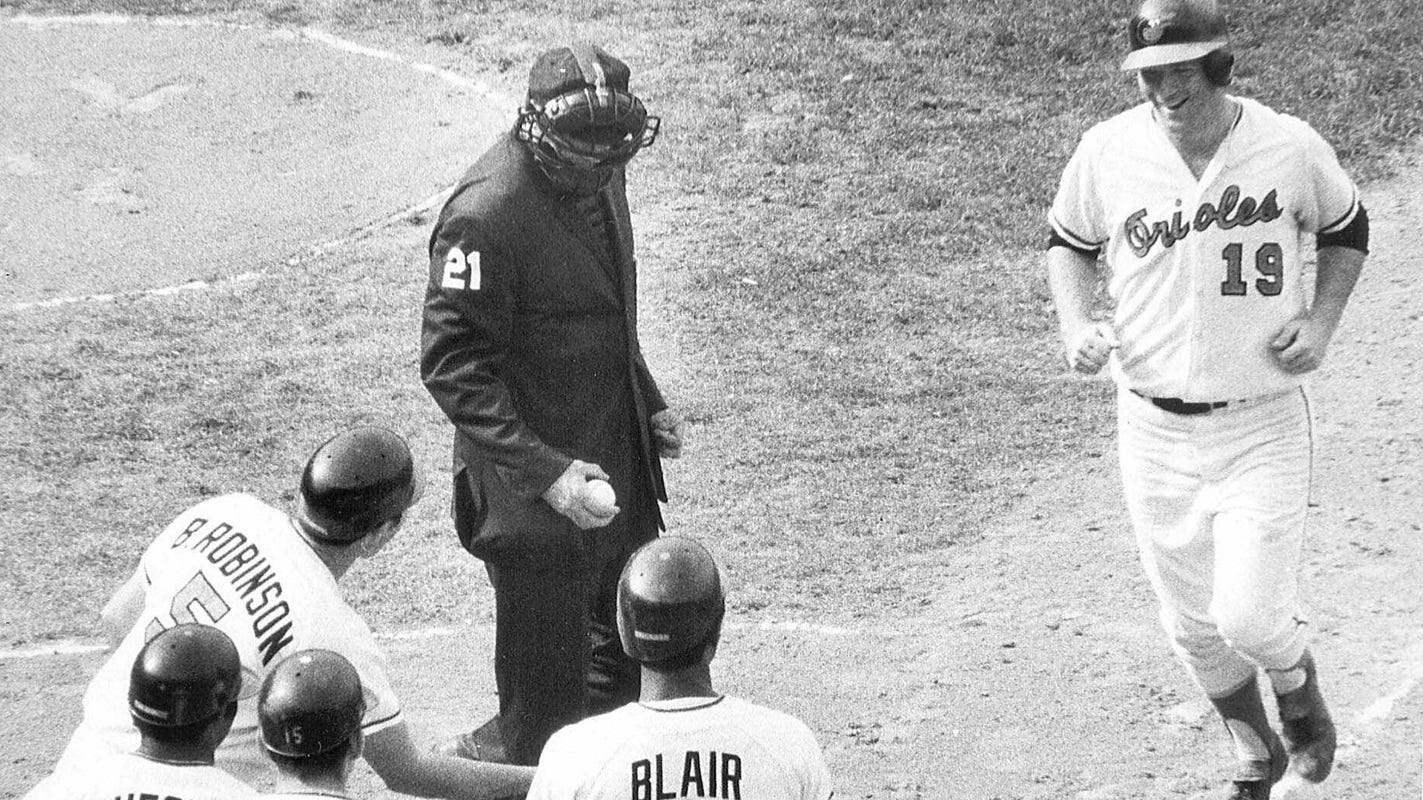 On this day in 2008, Seattle Mariners pitcher Félix Hernández hit a grand slam home run against New York Mets off Johan Santana in his 10th career at-bat, becoming the first AL pitcher to accomplish the feat in 37 years.

Pitchers smacking grand slam homers is surely rare. But even rarer is when it happens in the same playoffs from two different pitchers on the same team. That happened in the 1970 playoffs when Orioles pitcher Dave McNally became the first pitcher to ever hit a grand slam in a World Series game. Before that, O’s pitcher Mike Cuellar hit a grand slam in the ALCS against the Minnesota Twins to help cap off a seven-run fourth inning.

On October 3, 1970, Baltimore’s Cuellar hit his homer off Minnesota’s Jim Perry in Game 1 of the ALCS.

Then just 10 days later McNally hit his in Game 3 of the World Series off Cincinnati’s Wayne Granger.

On this day 17 years ago, Barry Bonds stole second base against the Los Angeles Dodgers, becoming the first player in MLB history to record 500 career home runs and 500 steals.