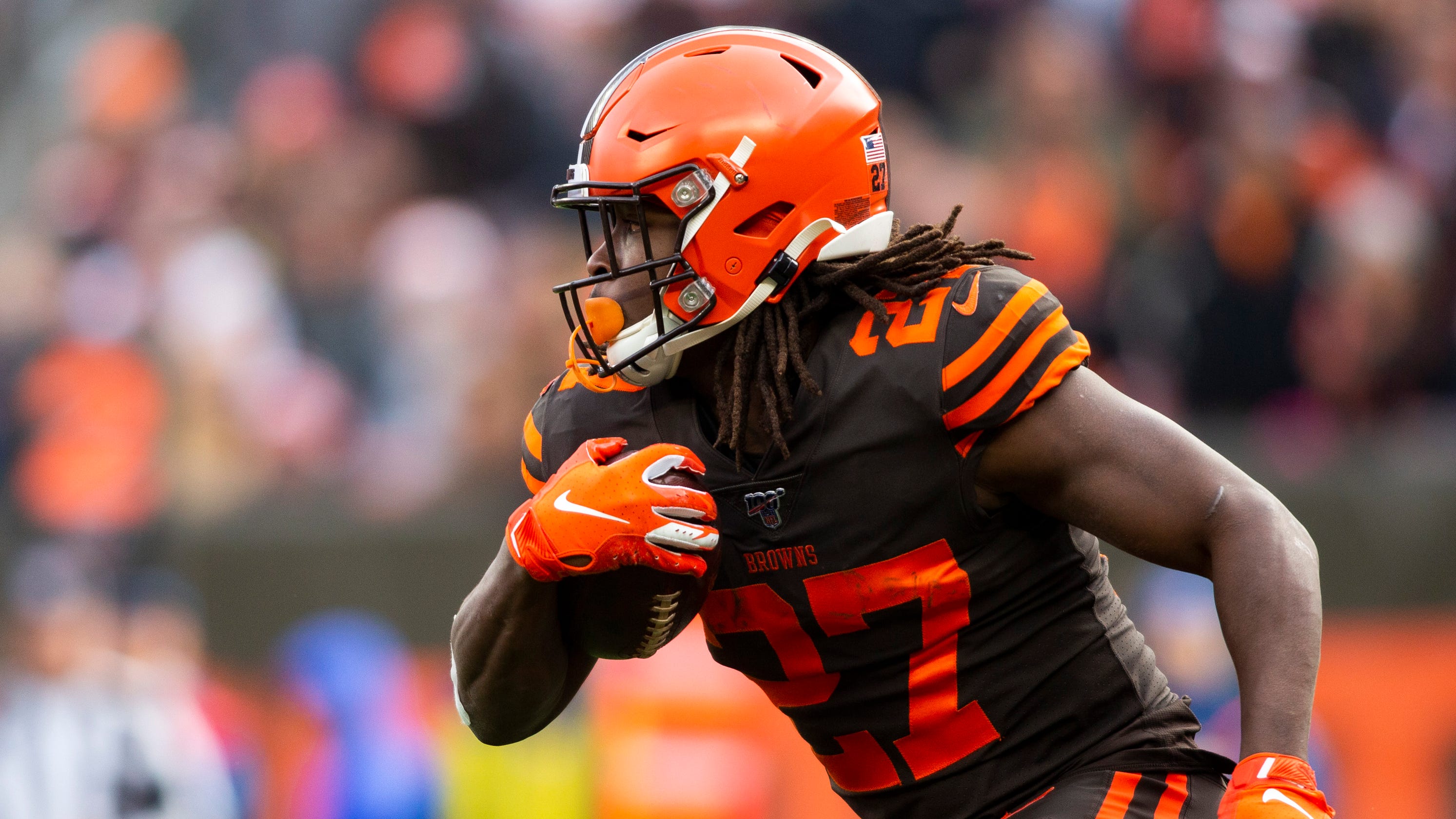 Cleveland Browns running back Kareem Hunt spoke in January as if he were devastated he blew his chance to win a Super Bowl with the Kansas City Chiefs.

But Hunt insisted Monday he has gotten over the frustration and believes the Browns are capable of winning a Super Bowl of their own for the first time in franchise history.

“I think we can do something special here. I want to get that Super Bowl feeling, and I believe we can do it here in my hometown,” Hunt said in a Zoom video conference with Browns beat writers. “That would be bigger than anything for me. That would bring a championship to Cleveland. I’ve been a fan my whole life. I’ve been with Cleveland my whole life.”

The Browns have stuck with Hunt this offseason, despite Rocky River police finding a small amount of marijuana in the car he had been driving Jan. 21 when an officer pulled him over for speeding on Interstate 90.

In a dash cam video of the traffic stop, Hunt told Patrolman Mike Asbury during a long conversation he would have failed a drug test if he were subjected to one, and he lamented no longer being a member of the Chiefs as they prepared for Super Bowl LIV, which they won Feb. 2 by defeating the San Francisco 49ers, 31-20.

The Chiefs cut Hunt on Nov. 30, 2018, after TMZ.com released a surveillance video showing the 2017 Pro Bowl selection and NFL rushing leader shoving and kicking a woman in February 2018 in the Metropolitan at The 9 in downtown Cleveland.

The incident and another physical altercation with a man in Put-in-Bay in June 2018 led the NFL to suspend Hunt for the first eight games of the 2019 season under its personal-conduct policy. He played in the final eight games last year for the Browns, whose former general manager John Dorsey signed Hunt on Feb. 11, 2019, almost two years after drafting him in the third round for the Chiefs.

Hunt formed a dynamic duo with starting running back Nick Chubb and had 43 carries for 179 yards (4.2 average) and two touchdowns and 37 catches for 285 yards and one TD in eight games last season. Then he watched his former team hoist the Lombardi Trophy.

“You know what happened to me,” Hunt said during the January traffic stop. “I should be playing for a freakin’ Super Bowl, man. It hurts my soul. I’ve been fighting a lot of s*** lately, man. It still hurts me to this day. I love Cleveland. I love the Browns. But you don’t understand.”

OPINION: NFL leadership pressed to prove worth with challenge of coronavirus pandemic

NFL RECORD PROJECTIONS: How will your favorite team fare in 2020?

Asked Monday whether the frustration still eats at him, Hunt said: “I’ve been moved on from that. But I love those guys. I’ve got brothers on that team. I came in with a lot of those players. I love the coaches there. They’re all good people and they deserved it, and I’m happy for them. I talk to a lot of them, and I’m very happy for them. They’re champs. They deserve it. I know how hard that team works and how hard they stress to be great.”

The Browns were widely expected to become a contender last season, but they underachieved and went 6-10.

Hunt, 24, is among the many talented players on the roster eager to spearhead a turnaround, but he realizes he must stay out of trouble off the field to remain part of the team.

“I would say that was like out of character, and I learned from it,” Hunt said. “I’ve been working to become a better person each and every day and definitely not looking for anything like that to happen again. So I’ve been working. Now I’m just focused on football, working out and getting ready for the season.

“I can’t have that. It’s not acceptable. I’ve got to be smarter, and I can’t be doing stuff like that. [The Browns and I] had a good talk. But they see me on the field as a guy who can make some plays this year and help the team win, so that’s what I’ve been looking forward to. We’ve been talking. I keep in touch with Coach all the time about what he wants to see and stuff like that.”

Rocky River police Lt. George Lichman told the Beacon Journal on March 2, “We will not be pursuing charges of marijuana possession against Kareem Hunt.” Lichman said less than a gram of marijuana had been found during the traffic stop.

Still, Hunt knows he’s on thin ice with the Browns, given his history.

Was it a wake-up call?

“If you say so, yeah. I mean, I guess so,” Hunt replied. “But I’ve got to do better. I shouldn’t have done it and ready to move on from that and focus on football.”

Hunt said he has been working out twice a day during the team’s voluntary virtual offseason program, which will end this week, spending time with his family, staying low-key and helping people in the community.

“It has been a crazy time in the world,” he said. “Everybody has to try to be the best person they can be right now.”

Hunt said the 2020 season “can be great” for him partly because he’s healthy. He had sports hernia surgery in August and had to rehabilitate during his suspension.

“That was definitely something that slowed me down last year in training camp and coming back,” he said.

In April, the Browns showed some semblance of faith in Hunt by placing a second-round restricted free agent tender on him. As long as the COVID-19 pandemic allows for a football season in 2020, Hunt will play on a one-year contract worth $3.259 million. He’s scheduled to become an unrestricted free agent in March.

Hunt said there’s “no question” he would welcome a long-term contract extension from the Browns.

“I would definitely love to be a part of something like this,” he said. “Everybody’s here that I care about. I know everybody in the whole town. So I would not mind playing for the Browns for a long time.”