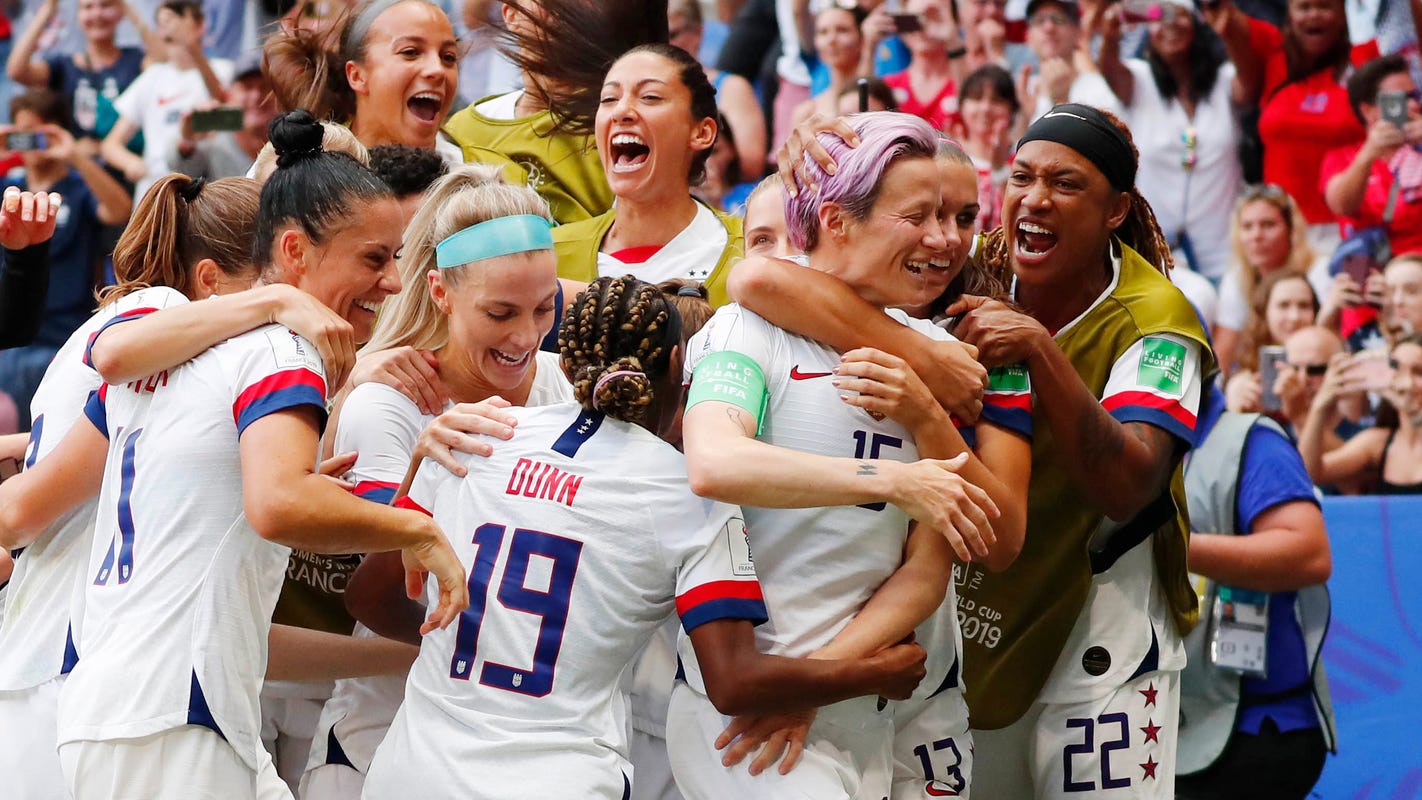 Muffet McGraw couldn’t hide her frustration at the 2019 Final Four.

Why are we still satisfied with the “firsts” women are making, asked McGraw, then the coach at Notre Dame. The first female governor of this state, the first female African-American mayor of this city. How, after all this time, are those not norms?

The U.S. women’s soccer team has been a leader for more than two decades in highlighting the power of women in sports. (Photo: Michael Chow, USA TODAY Sports)

“Girls are socialized to know when they come out, gender roles are already set,” she continued. “Men run the world. Men have the power. Men make the decisions. It’s always the man that is the stronger one. When these girls are coming out, who are they looking up to tell them that that’s not the way it has to be?

“Where better to do that than in sports?”

Where better, indeed. I often say sports are the prism through which we view society. When there is a fundamental change in sports, like Jackie Robinson breaking the color barrier in baseball, it makes it tangible in every other facet of life.

In our new podcast, Changing the Game, sponsored by Amway, I talk with eight women who because of what they do, what they say or even simply who they are, are changing the perception of women. Beginning with McGraw and Olympic champion gymnast Laurie Hernandez, we examine the power of representation – in all its forms – and why it’s important to speak up, even when it’s uncomfortable.

We’ll talk with Los Angeles Sparks forward and WNBPA president Nneka Ogwumike about the league’s new contract, and why it raises the bar for all industries when it comes to maternity benefits and salaries. We’ll talk with golfer Cheyenne Woods about why silence on social justice issues is no longer an option for athletes following the deaths of George Floyd, Breonna Taylor and Ahmaud Arbery.

And with all of these icons, Olympians and trailblazers, we’ll talk about how inspiring it is to watch the U.S. women’s soccer team, Serena Williams and Simone Biles own their greatness. To be unapologetically confident, and the powerful message that sends to girls and young women.

Changing the Game is meant to celebrate how far women have come, while at the same time being a call to action for the work that still needs to be done.

Find the show on Apple Podcasts by clicking the button below.