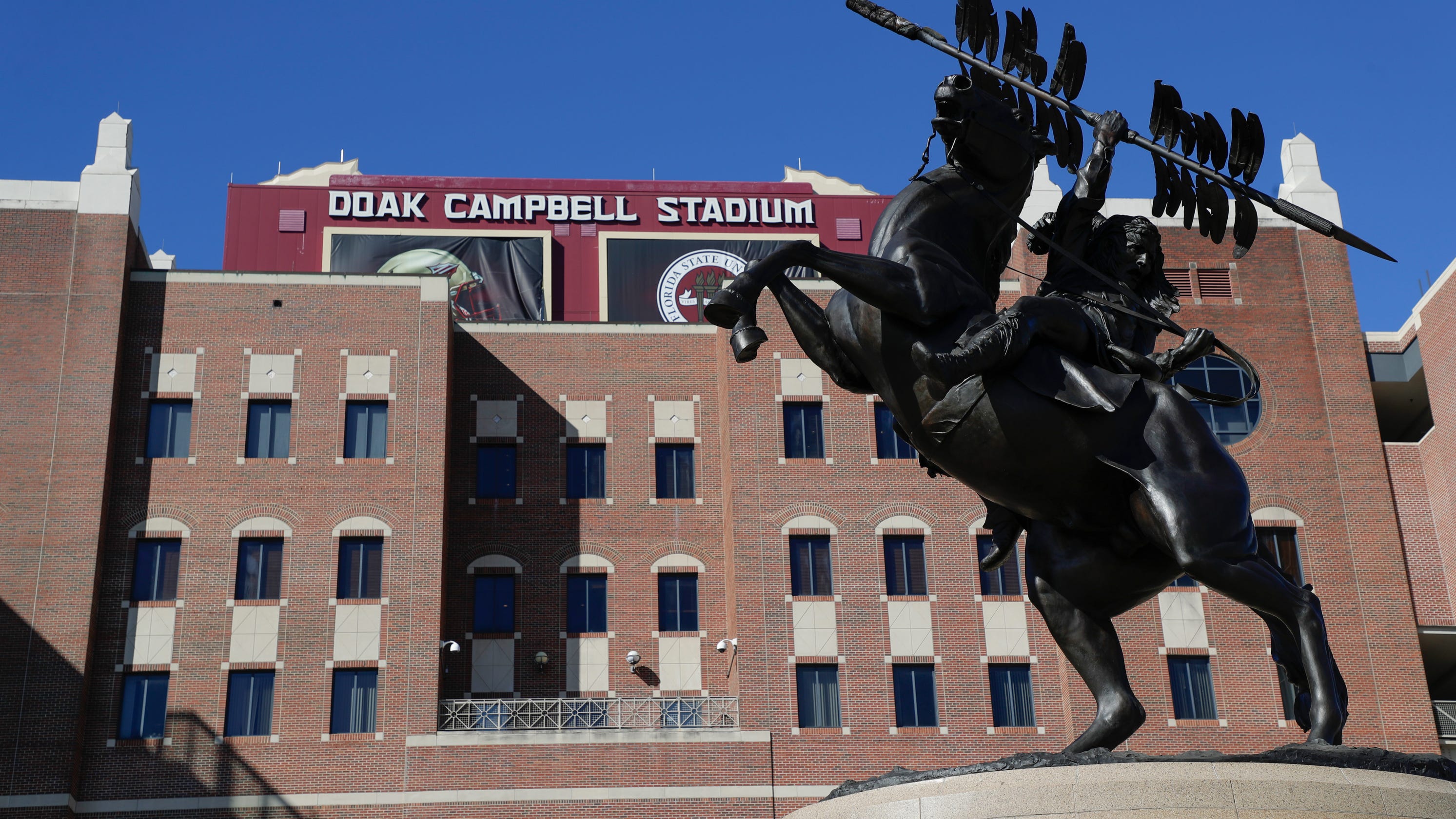 Doak S. Campbell III continues to be asked, “Are you related to the stadium?”

Campbell, 71, has heard the question his entire life, including when he was mayor of Delray Beach, Florida, and as he continues to practice law in the city.

Now, he hopes the question does not stop and he can continue to give the same answer: “That’s my grandfather.”

The stadium on the Florida State campus in Tallahassee has been named after the school’s former president since 1950. Last week, former Florida State linebacker Kendrick Scott created a petition to change the stadium’s name, saying Campbell’s “non inclusive views of blacks as a segregationist is divisive.”

“My grandfather was not a segregationist,” he said. “He was quite aggressive in those days.”

Campbell, according to reports, was opposed to the admission of African-American students to Florida State and “refused to tolerate any breach of racial segregation.” A story in the Tampa Morning Tribune in 1957 quoted Campbell discussing banning white FSU students from attending desegregation meetings. He also discussed banning the Florida Flambeau from posting pro-desegregation editorials.

Campbell III believes his grandfather was concerned about protecting his campus.

“I’m extremely disappointed that somebody is trying to change the name,” he said. “It sounds like he was trying to keep the school from being embroiled in a hot political topic that might have adverse consequences. He was not promoting segregation. He was concerned about protecting the tranquility of the school and not let it be dragged into something whether he believed it or not. That was his primary concern.

“As long as I knew him, he never professed that segregationism was something that was good. He was always promoting the advancement of black education.”

Campbell III was 24 when his grandfather died in 1973. He was elected mayor of Delray Beach in 1984 and remained in office for six years before opting not to run for a fourth term.

Doak Campbell Jr., the son to the former FSU president and father of Campbell III, died in 2003 at the age of 88. He lived in Boca Raton.

“He probably was not alone at the time among educators not wishing to embroil their students and school in a really hot topic by prohibiting the things indicated that he prohibited. I think that was the perspective we have to look at it on, not that he was pro segregationist.

“We’re used to politics on the campus these days, that’s the norm almost. But in those days that was not always the case.”

The country has been embroiled in protests and demonstrations since George Floyd died last month while a Minneapolis police officer held down the handcuffed Floyd by placing a knee on his neck. Those demonstrations also have occurred on college campuses, many organized by football teams. Florida State’s football team led a Unity Walk Saturday, marching from the Unconquered statue outside Doak Campbell Stadium to the capitol building.

Scott’s petition seeks to change the name of the stadium to Bobby Bowden Stadium – to honor the Hall of Fame coach who during his 34 years at the school won 316 games – and change Bobby Bowden field to Charlie Ward field, the program’s most decorated player.

Campbell III said he would do more research on his grandfather to explain his position if FSU administrators start conversations to remove his grandfather’s name from the stadium.

“I would hope that people … view actions in the context of that environment of that time,” he said. “That was a long time ago. It would be very different if he had spoken out or written opinions. But he didn’t. That was not the sphere of the campus.”