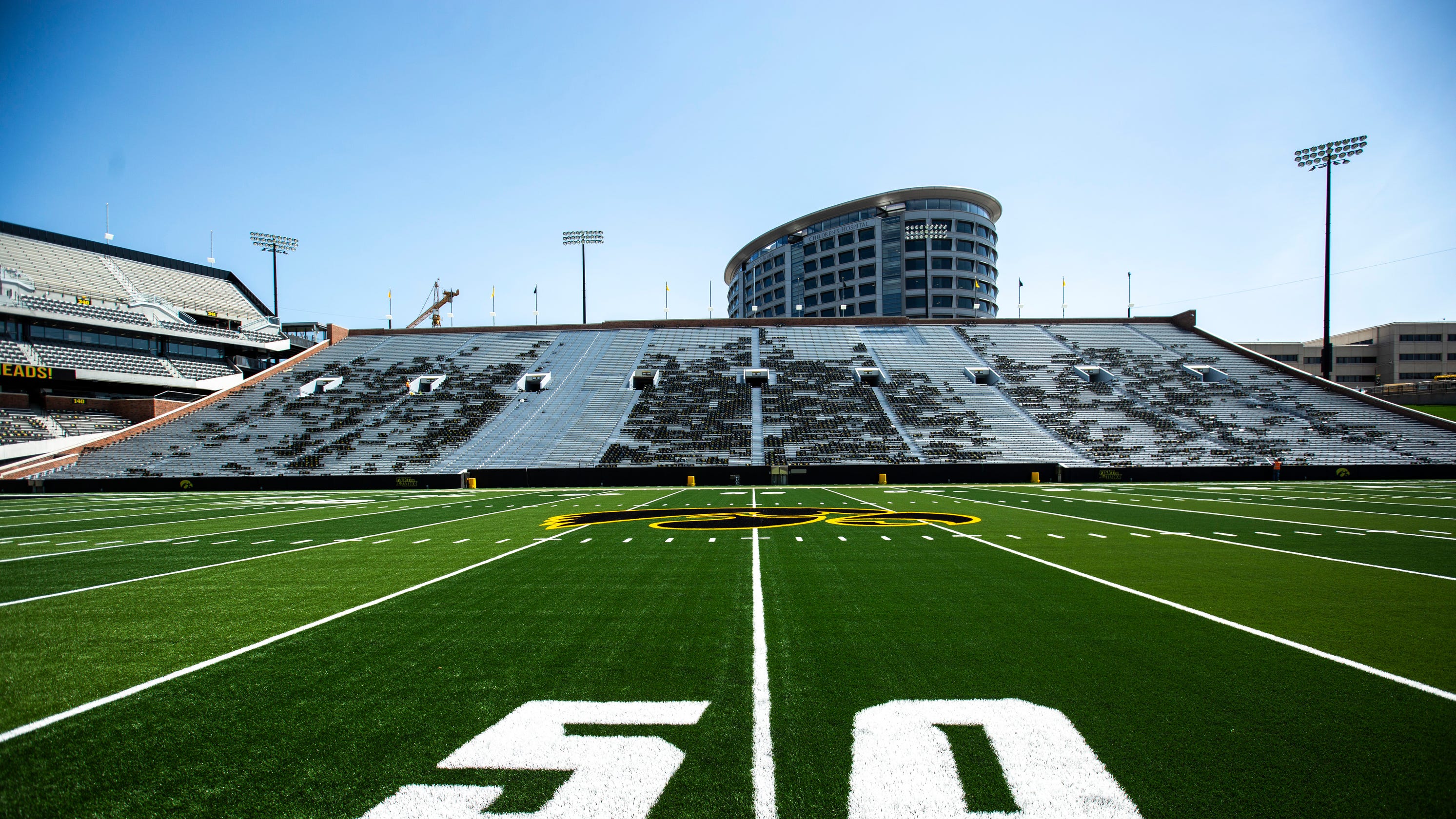 IOWA CITY, Ia. — Amid uncertainty of whether college football games will be played this fall, and how many fans would be allowed to attend, Iowa announced Monday that it will pause ticket sales at the end of this month.

Only fans who have renewed their season ticket orders and paid per-seat contributions by June 30 will be included in any potential Kinnick Stadium seating plans, the university announced.

Iowa athletic director Gary Barta had been saying that he was preparing for capacity crowds of 69,250 at the seven scheduled Hawkeye home games until he was instructed otherwise. But that seems unrealistic given the ongoing coronavirus pandemic. Other universities have announced plans to reduce the number of fans allowed.

By halting ticket orders, Iowa can take some time to figure out how seating will look at Kinnick Stadium before the scheduled Sept. 5 season opener vs. Northern Iowa.

That means new sales of the digital season pass, mini-plans and single-games ticket sales will be put on hold.

“We needed to pause additional sales and start focusing on reduced capacity seating models based on our season ticket holders,” Barta said in a university news release. “We anticipate finalizing this by late July and will share with our fans.

“The option of having the ability to accommodate as many Hawkeye fans who are comfortable attending a game in Kinnick Stadium is still one of the scenarios.”

A Tigerhawk logo is pictured at the 50 yard line while construction continues during a media tour of the north end zone, Friday, Aug. 9, 2019, at Kinnick Stadium in Iowa City, Iowa. (Photo: Joseph Cress/Iowa City Press-Citizen)

The Hawkeye Express, which has provided fans train transportation from a satellite parking lot in Coralville to Kinnick Stadium since 2006, will not be operational for the 2020 football season because of the potential of reduced capacity.

Also, Iowa announced it will discontinue the use of traditional paper tickets this fall. Tickets and parking passes for football games will be mobile-only, scanned from smartphones or smartwatches to access parking lots and gates.

Season ticket holders who selected the traditional paper ticket option during the renewal period will receive a commemorative set of printed tickets at the end of the football season.

Suite and premium seat holders will receive their ticket booklet, although adjustments to capacity and parking could be implemented as additional information becomes available.

If the 2020 season is disrupted, Iowa will provide future credit or ticket refunds.