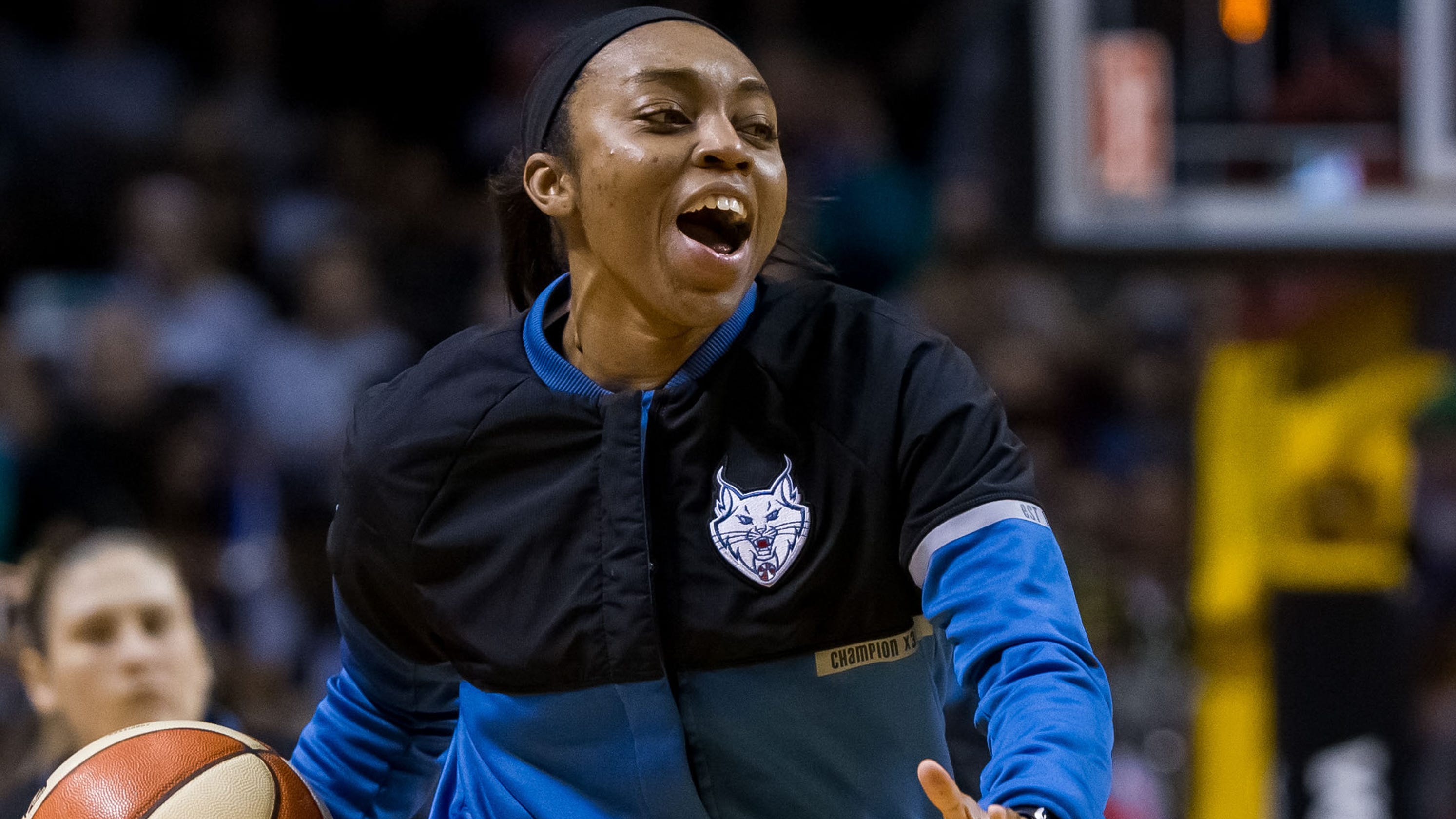 It started for Renee Montgomery like it did for so many others: the video. All eight minutes, 46 seconds of it.

The killing of George Floyd by Minneapolis police officer Derek Chauvin, who kneeled on his neck for nearly nine minutes, set off a worldwide movement in the quest for racial equality and social justice. Montgomery — an 11-year WNBA veteran with two championship rings and a Sixth Woman of the Year award (2012) — had long felt those forces swirling inside her. Now it was time to do something about it.

So on June 18 the Atlanta Dream point guard walked over to her laptop and typed out a tweet: “After much thought, I’ve decided to opt out of the 2020 WNBA season. There’s work to be done off the court in so many areas in our community. Social justice reform isn’t going to happen overnight but I do feel that now is the time and Moments equal Momentum. Lets keep it going!”

After much thought, I’ve decided to opt out of the 2020 WNBA season. There’s work to be done off the court in so many areas in our community. Social justice reform isn’t going to happen overnight but I do feel that now is the time and Moments equal Momentum. Lets keep it going!

Sure, the 2020 WNBA season is going to be quite different amid the coronavirus pandemic, with the plan calling for a 22-game season inside the “bubble” of IMG Academy in Bradenton, Florida. Sure, one of the league’s brightest stars, Maya Moore, walked away last year in similar fashion, to also fight social injustices off the court.

Still: this is a professional athlete hitting pause on her career to invest time, effort and whatever else necessary to a cause she realizes is bigger than her.

“I wanted people to know it’s not that I don’t like basketball (or) I don’t enjoy basketball, it’s just that I’m very passionate about this right now,” Montgomery told USA TODAY Sports the day she announced her decision. “I don’t know exactly how to go about it, I just know I really want to do it.”

She worried her teammates would feel abandoned, and that the Dream would leave her on an island. Those concerns quickly dissipated, and coach Nicki Collen said “I am incredibly proud of her passion for her foundation, her outreach in the community and her chance to impact the Black Lives Matter movement with her platform as a WNBA athlete. As a coach in this league I understand that I can’t just say we are ‘bigger than ball’ but rather I must embody it.”

“Everyone knew how I felt, why I felt how I felt,” Montgomery said. “Again, it was just positive responses. For me, that’s such a huge relief, because I didn’t want to let people down just to pursue something I wanted.”

‘A deep feeling for people’

Ron and Bertlela (Bert) Montgomery raised their daughters in a socially conscious household in St. Albans, West Virginia. “Access” was a theme the family returned to during those conversations.

“If you could use what you have, to put them on the same level of access of what we call, ‘things everybody else should have,’ do that,” Ron Montgomery told USA TODAY Sports of those talks.

Any parent would harbor natural worries when his or her child goes through a transition. It’s no different for the Montgomerys.

“Renee is a little person in a big-person world,” Bert Montgomery said.

Bert liked to joke to coaches recruiting her daughter that since she was the youngest, the genes from her tall parents had waned by then.

“Everyone was always telling her her size was a problem,” Bert said of the 5-foot-6 Renee. “I think that’s one of the reasons why I think she can see when people are hurting.

“Renee has a deep feeling for people.”

Ron and Bert recall a pair of stories — one from from their daughter’s high school days and one from her career at UConn — to convey that point.

There’s the girl from high school who the athletes excluded. Even as an underclassman, Renee wasn’t afraid to stand up to the older kids and fight for the underdog. The girl became accepted by the group, and the girl’s mother wrote a note to the Montgomerys thanking Renee.

Then there’s the wheelchair-bound young man who was a diehard Huskies fan. Renee made him feel like a rockstar every time he and his family made the trip to Storrs, and after four years, they’d built a legitimate friendship.

Some people may say that by not playing, Montgomery loses her platform as a professional athlete. That’s not how she sees it.

“Just because I’m opting out, I don’t think my way is better,” she said. “I just think that it’s a different way. I think that if everyone is doing something their own way, something amazing is going to happen.”

For Juneteenth, what she likes to call “Freedom Day,” Montgomery threw a “popup block party” in Atlanta. She wants every June 19 to be “the holiday.” This past Friday, the Renee Montgomery Foundation handed out barbecue meals and water, gatorade and other supplies for protesters in Atlanta.

Renee Montgomery and the @RMFnonprofit hosted a pop-up #Juneteenth block party and handed out meals to the community in downtown Atlanta today ✊ pic.twitter.com/YeGGMdFVWG

Taking COVID-19 seriously, Montgomery self-quarantined for nearly two months. The first time she left was to be a part of the peaceful demonstrations in the city, which left her inspired to do more. Without an extensive plan or blueprint, this is how she will be making her short-term impact.

As for the Moore comparisons, Montgomery says she’s simply following the leader.

“It’s one thing for me to do it, but Maya Moore was the best player in the game, if not one of the best in the WNBA, at the time she decided to do it,” she said. “That’s a huge sacrifice, because you are at the top of the mountain.”

At the core of her fight is creating a better world for her young-adult nephews — the faces she saw while watching George Floyd be murdered.

“This is not something that I would not have done in January,” Montgomery said.

“This is what I’m trying to tell you, it’s that new. It’s that real. I think it happened to everyone who watched the video. We all saw that video of a man just begging and pleading. It’s heartbreaking. I don’t know how else to describe it. I think about my family, and other young minorities, and I’m like ‘We can’t allow this to continue. We got to do something. This is bad.’”