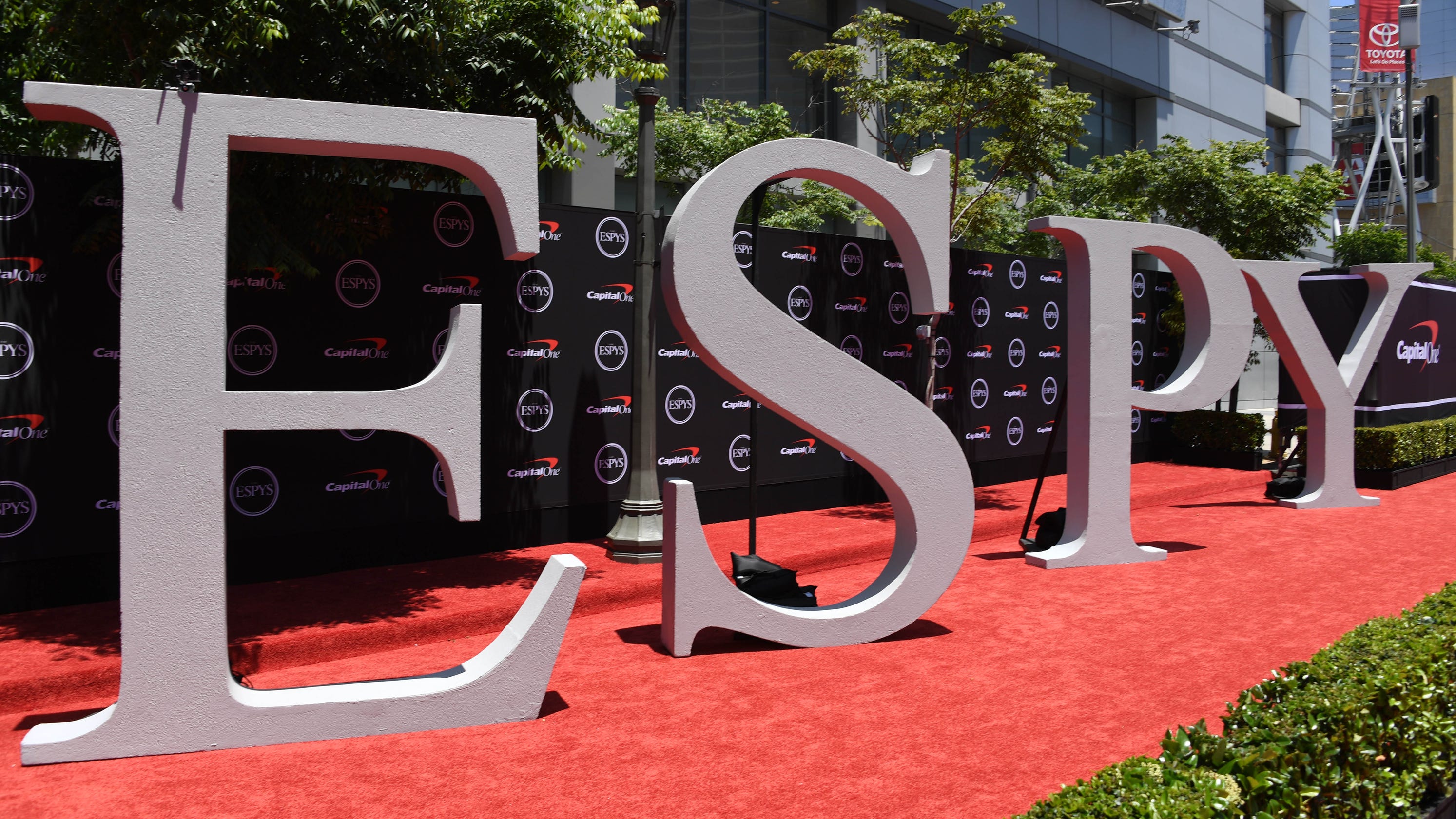 All winners and notable moments from the ESPY Awards

SportsPulse: NFL teams are starting to show strong interest in signing Colin Kaepernick. Mackenzie Salmon looks at the best fits and could give Kaepernick a chance to play right away.

The 2020 ESPY Awards were quite different than prior years.

For starters, the entire broadcast was virtual — no red carpet or show from the Microsoft Theater in Los Angeles — due to the coronavirus pandemic. That also moved up the show’s airing several weeks, rather than going in the typical MLB All-Star break dead spot the ESPYS typically occupies.

Individual and team awards linked to on-field performance were not specifically handed out as usual, almost certainly a decision made because so many seasons have been left incomplete. Instead, top players and moments from the past year in sports were recognized en masse, and focus was placed more on the inspirational and the change-makers in our games.

Here’s a rundown of all the notable moments from the broadcast, as well as the winners of the ESPYS’ humanitarian and service awards:

The broadcast, hosted by Russell Wilson, Megan Rapinoe and Sue Bird, began with a powerful message about race and equality and the power of sports to create change:

“This is our moment to prove that we know a better world is one where Black lives are valued.”@DangeRussWilson, @S10Bird and @mPinoe open the 2020 #ESPYS. pic.twitter.com/ntJzgtkhMq

Tom Brady and Robin Roberts honored high school and college seniors who did not get a normal senior send-off:

Senior year may be gone, but your chance to write your story is just beginning ✍️@TomBrady and @RobinRoberts congratulate this year’s seniors for all of their accomplishments. pic.twitter.com/3pTJs1mDaW

Kim Clavel was on the verge of a boxing breakthrough, but when the coronavirus pandemic struck, she put one career aside for another.

Tonight, she accepts the Pat Tillman Award for Service at the #ESPYS. pic.twitter.com/PZk8Sctxs8

The Dodgers Dreamfield program has built 51 baseball and softball fields in underserved communities across LA, providing 368,000 youth with access to safe, playable fields.

The @Dodgers are the recipient of the Sports Humanitarian Award.

A powerful segment introduced by NFL defensive back Malcolm Jenkins discussed the deaths of George Floyd, Breonna Taylor and many other Black Americans killed unjustly, and featured many sports stars calling for racial equality and needed change, now, in the United States:

“This is the tipping point. There’s no going back. There’s no inching forward. The time is now.”

Stars from the sports and entertainment worlds say it’s time to step up and do their part to make this country better. pic.twitter.com/Fttyl8to0v

Taquarius Wair wouldn’t allow tragedy to stop him from playing the game he loves.

Today he’s playing college football and is the winner of the Jimmy V Award for Perseverance. #ESPYSpic.twitter.com/6pDLYeqknb

From one LA legend to another, gone too soon.@SnoopDogg pays tribute to Kobe 💜🐍💛 pic.twitter.com/9X2P1ldoQC

“Kevin Love is my hero.”@kevinlove is this year’s Arthur Ashe Courage Award recipient for his fight to end the stigma surrounding mental health and wellness. pic.twitter.com/nhTi7supTR

“Humbled does not even begin to describe the feeling.”@kevinlove delivers a heartfelt speech after winning the 2020 Arthur Ashe Courage Award for his commitment to growing mental health awareness. #ESPYSpic.twitter.com/EjQdm34ZjD