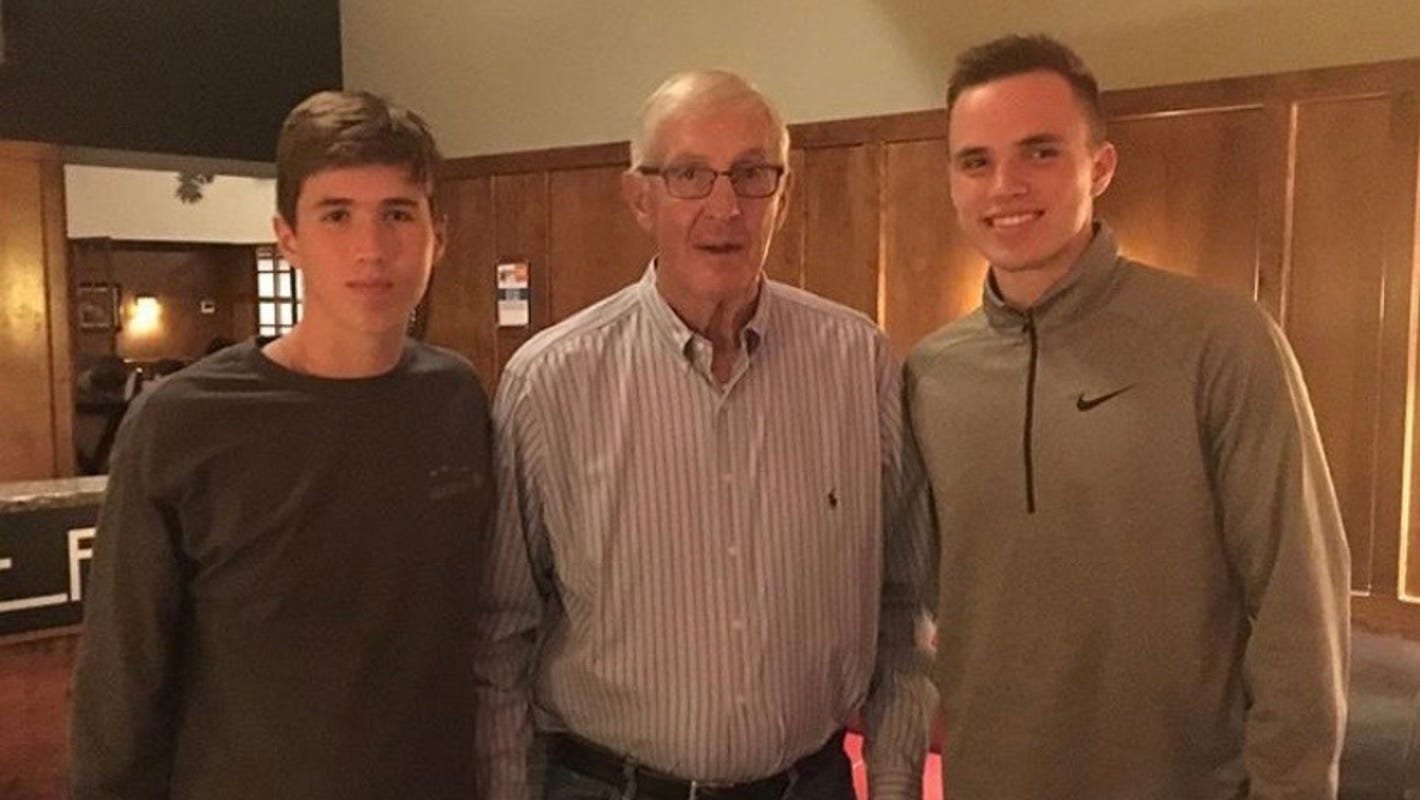 SportsPulse: USA TODAY Sports’ Jeff Zillgitt and former Jazz Center Mark Eaton discuss the impact Jerry Sloan had not only on the game of basketball but on the lives of people he encountered as well.

INDIANAPOLIS — Collin and Brendan Wood — like more than 5 million others the past five Sundays — watched the Michael Jordan-centered 10-episode series “The Last Dance” intently.

But Collin and Brendan watched it from a different angle than most. Their grandfather, Jerry Sloan, the Utah Jazz coach for two NBA Finals against Jordan’s Chicago Bulls in 1997 and ’98, was part of the series in a short but memorable role. After the Bulls’ 96-54 win over the Jazz in Game 3 of the ’98 Finals, the documentary showed a portion of Sloan’s postgame interview as he looked at the box score.

“This was actually the score? Is this the final?” Sloan asked.

That line elicited a laugh from both Collin, a 2019 Brebeuf Jesuit (Indianapolis) graduate, and Brendan, a junior-to-be at Brebeuf. Sloan, who died on Friday at age 78 following a battle with Parkinson’s disease and Lewy body dementia, is best-known as a Hall of Fame coach who led the Jazz for 23 seasons through a remarkable stretch of consistency that included 15 consecutive playoff appearances.

But Collin and Brendan were glad to see that dry sense of humor of their grandfather showed up in the last episode of the series Sunday night. 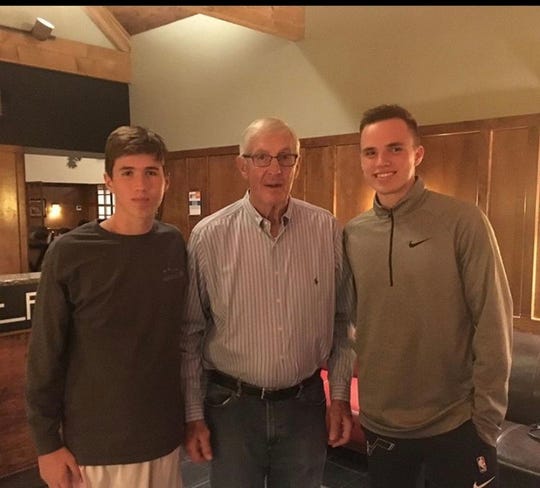 Sloan grew up the youngest of 10 siblings on a farm south of McLeansboro in southern Illinois. Jerry’s father died when he was 4. Collin, Brendan and older brother Adam, a 2016 Brebeuf graduate, grew up hearing stories about their grandfather’s humble upbringing from their mother, Kathy, one of Jerry and Bobbye Sloan’s three children.

They also saw it for themselves when the family would visit their grandfather before he retired during the 2011 season. Sloan was a beloved figure in Salt Lake City, even after his retirement.

“After he retired we would go out to eat and people would say, ‘Hello Jerry’ or whatever, but they wouldn’t really come up and bother him,” Brendan Wood remembered. “They treated him like he was a regular person. I think there was a lot of respect there from the people in Utah. That’s what I remember the most about being around him then.”

Sloan, after graduating high school in 1960 at McLeansboro, made his name as a star player at the University of Evansville, leading the Purple Aces to Division II national championships in 1964 and ’65. He was selected fourth by the Chicago Bulls in the 1966 NBA draft and became known as the “Original Bull”, becoming a fan favorite for his tenacious defense and hustle during an 11-year career that saw him earn All-Star honors twice and was a four-time all-defensive team selection.

Michael Wilbon shared a story on his “Pardon The Interruption” show on ESPN on Friday of a fight between Sloan and Norm Van Lier, who was then playing with Cincinnati that spilled out into the concourse. The Bulls wanted to trade for Van Lier, but ran it by Sloan first.

Sloan’s reaction? “Anybody who would fight me into the stands is a guy I want to play with,” said Wilbon, a Chicago native. Sloan and Van Lier were teammates through the 1970s for one of the NBA’s toughest backcourts.

“All we knew of him as a player were the stories we heard,” Collin Wood said. “But they were great stories. It goes back to his upbringing. I think one thing we always knew about him was that he came from a hard-working family and brought himself up from nothing. He was a humble guy. Every time you would hear him talk, he would say he was grateful for his opportunities. He was always such a down-to-earth type of person.”

Sloan’s wife, Bobbye, died in 2004 from pancreatic cancer. The Sloans had three children — daughters Kathy (Wood) and Holly (Parrish) and son, Brian. Brian Sloan was Mr. Basketball in Illinois in 1984 after leading McLeansboro to the Class A state title before going on to play at Indiana for Bob Knight from 1984-89. Kathy, who is married to Todd Wood, also played college basketball at DePaul before transferring and playing at Evansville.

The Woods remember traveling to see Jazz games prior to Sloan’s retirement and getting to see some behind-the-scenes action up close.

“After games we would be able to stay late and the players would come by and we’d get to meet them,” Collin said. “I remember after one of the Jazz-Spurs playoff games (in 2007) Carlos Boozer came out of the locker room and talked to us and gave me his wristbands.”

It was in those moments that they could also see their grandfather in a different light than just the stories of the hard-nosed player and coach.

“There was a softer side to him that people didn’t see as much,” Collin said. “He cared a lot about his family and friends. And he had a sense of humor to him that was easy to see if you were around him.”

Sloan had made visits to see his grandkids play basketball up until four or five years ago. That is around the time his health had slipped due to Parkinson’s. But the Woods are thankful for the time they did have with their grandfather and the outpouring of support the family received.

“I would want him to be remembered as a great coach,” Brendan Wood said. “His goal was to get the job done. He was a simple and kind-hearted person who treated people the right way. He would talk to everyone and put them under his wing and make them feel important. He was hard-nosed but also had that softer side that I’ll always remember. He treated people right.”