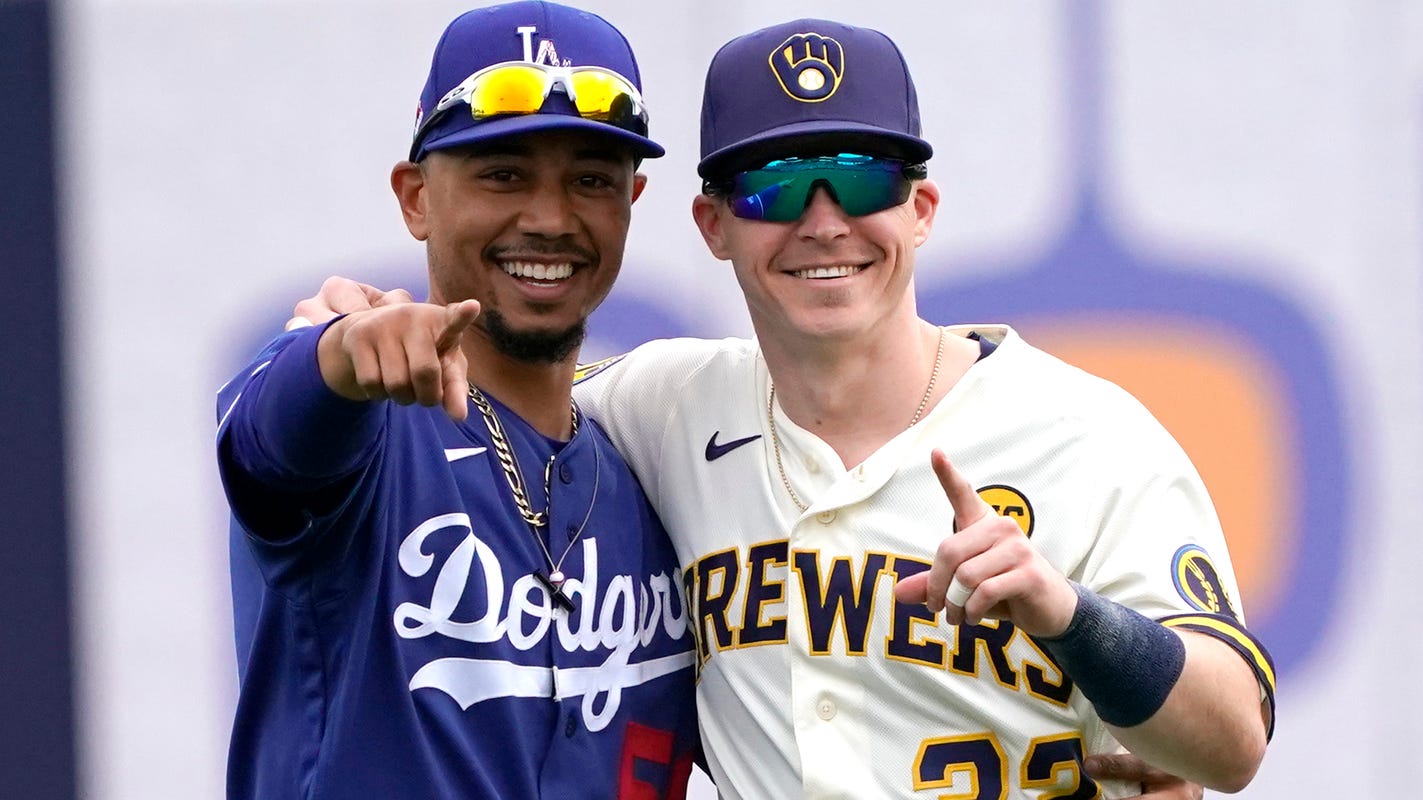 MLB, players might solve financial differences with this solution

What I’m Hearing: USA TODAY Sports’ Bob Nightengale discusses the newly proposed protocol by the MLB in an effort to re-start games in a safe manner.

PHOENIX — Major League Baseball’s labor committee was to review an economic proposal Friday before it was formally submitted to the players union, the first major step to settle their financial differences, two MLB officials with direct knowledge of the negotiations told USA TODAY Sports.

The officials, who spoke on the condition of anonymity because of the ongoing negotiations, said the proposal likely will be presented to the union Tuesday after commissioner Rob Manfred privately shared it with the 30 ownership groups in a conference call earlier that day.

The proposal is expected to include revenue sharing, which if adopted would be a first for MLB, and will at least open dialogue determining how much players should be paid in a truncated 82-game season. The players have already agreed to prorate their salaries, costing them about half of their annual salary, but the owners insist without additional concessions they will lose money playing games without fans.

There is no deadline for negotiations to conclude, but the sides hope to reach an agreement by June 5, providing enough time for three weeks of spring training and for the season to start the first week of July.

If the sides become entrenched in their beliefs, with neither willing to budge, retired baseball agent Barry Axelrod has formulated a strategy that could break the logjam.

2020 SEASON: MLB and players must agree to save season

FIND OUT: Will your MLB team play at home?

“My thought is that we should push the financial issues aside to be dealt with later,’’ said Axelrod, an agent for 40 years who represented Hall of Famers Jeff Bagwell and Craig Biggio, among many other players. “I know I’m talking about other people’s money here, but there’s plenty of money to divide up and play. Figuring how to divide it up is the issue. So let’s deal with the money later on. Don’t let the numbers stop you. You could pay the players some sort of minimum, restart the season and figure out what you owe down the line.

“Let’s have each side appoint an arbitrator and have the two arbitrators appoint a third to form a three-arbitrator panel. Let the two sides present their positions to the arbitrators confidentially – which may give the owners enough comfort to open their books a little bit to prove their financial woes.

“The decision of the arbitrators will be binding and that the additional payments to the players can be deferred past the end of the season.’’

Well, considering billions of dollars are at stake, along with the sport’s well-being, why not give it a try?

“I went through six work stoppages in the first 18 years of my career in this business,’’ Axelrod said. “I know the damage that can be done. We are all lucky that we survived after ’94.

“I know the players and the people have changed, but what we’ve seen in the past, once you get into these labor issues during negotiations, it’s almost that these two sides can’t talk to each other. And as time goes on, people dig in and it becomes harder and harder.’’

It’s almost a miracle that baseball survived after the 1994-1995 work stoppage, cancelling the 1994 World Series. If not for the ’94 season ending on Aug. 12, maybe the Montreal Expos would be World Series champions and the team would have never relocated to Washington, D.C. Maybe Tony Gwynn, who was hitting .394, would have become the first player since Ted Williams to hit .400. Maybe Matt Williams, who had 43 homers and was on pace for 61, would have broken Roger Maris’ single-season home run record.

“That stuff is lost and never to be regained,’’ Axelrod said. “Apply that now. If Clayton Kershaw doesn’t pitch this year, does that precipitate the end of his career or does it give him a year to be healthy and stronger? You’re taking a prime year out of Mike Trout’s career. The same with Mookie Betts. We wouldn’t see young guys like Francisco Lindor and Ronald Acuna. It’s so hard to think about.’’

It will be understandable if it ends up being too risky for baseball to be played because of health and safety reasons, Axelrod said, but to lose a season because the sides can’t agree on economics is vile to the senses.

“Just the mental violence of these work stoppages is so tremendous on everyone,’’ Axelrod said. “The uncertainty is so difficult. It’s not a good look for either side to have guys arguing about money when you’re watching the news and people standing in line waiting for bags of food, unable to pay rent.”

The union has steadfastly rejected the notion of a revenue-sharing plan, concerned it will eventually lead to a salary cap, but the owners believe it’s the fair solution. Their biggest fear is playing regular-season games for several months, which they say will cost them nearly $700,000 a game, then have the second wave of the virus wipe out the postseason, which could be worth about $1 billion this year with expanded playoffs.

“Nobody wants to give away anything they gained in past negotiations,’’ Axelrod said. “The frustration is how labor relations go, it’s almost the way the U.S. Congress is. The two sides can’t talk to each other and say let’s make a deal. They’re protecting their position at all times, making it hard to compromise.

“I don’t mean to sound sacrilegious, because I’ve always been on the players’ side, but I know some of these owners and I don’t think they’re falsely crying the blues. I think they have some issues. So I just hope the players accept the position that there might be something to be negotiated. If you take the position, ‘Hey, we had a deal (to be paid pro-rated salaries), we’re not changing,’ then nothing changes.

“I just hope they can get together. We need it.’’