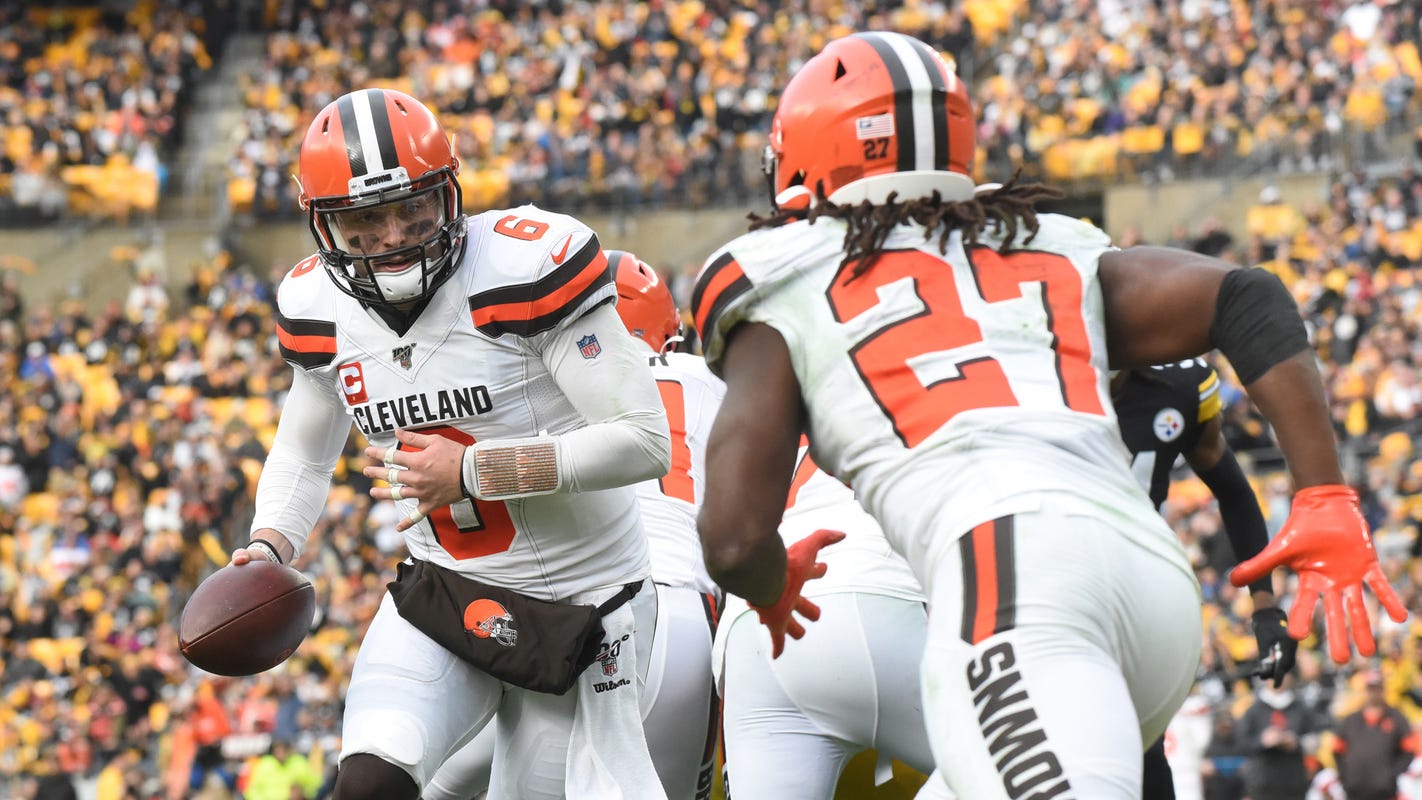 SportsPulse: It seems like every week an NFL team is updating their uniforms heading into the 2020 season. Mackenzie Salmon gives her take on a handful of teams that desperately need a wardrobe renovation.

The Browns announced Friday morning Stefanski and Kosar are participating in the “All In Challenge.”

Through the challenge, which is powered by Fanatics, more than 400 celebrities and athletes have helped raise more than $45 million to aid people who are struggling to put food on the table during the COVID-19 pandemic.

Stefanski is offering a chance to help him and offensive coordinator Alex Van Pelt script the first 15 plays of a preseason game. Winners will also be invited to the team dinner and meeting on the eve of the game, receive pre-game sideline passes, run through the tunnel with the Browns before the game and be part of the coin toss in addition to getting autographed memorabilia and team-issued Nike gear.

According to a Browns news release, the package is being offered in two ways: one will be up for auction and another will be available through a sweepstakes, with the auction winner being allowed to bring a guest along for the experience.

“Giving back is a core component of who we are as an organization,” Stefanski said in a video announcing his participation in the fundraiser. “With the global pandemic, it’s really important that we step up when there’s others in need. And just look around at the frontline workers, the health care workers, people that are stepping up right now, they’re working tirelessly, they’re working courageously, and it’s really inspired our organization to join the ‘All In Challenge.’ So with that in mind, we’ve put together a package here that we hope raises a ton of money to help those who are most impacted by this pandemic.”

Kosar is offering a winner of an auction and three guests a chance to watch a regular-season game with him and celebrity chef Michael Symon in a private suite at FirstEnergy Stadium. Afterward, Symon will cook for the group, and the winner will receive a signed Kosar jersey and other merchandise.

Stefanski challenged Cavaliers coach J.B. Bickerstaff to join the “All in Challenge.”